Bob Parker introduced me to Henri Bonneau’s wines many years ago. Unfortunately, I don’t get a chance to drink Châteauneuf as often as I would like, and had nearly forgotten I had a few bottles of the 2001 Réserve des Célestins squirreled away. A recent Vinous team dinner was the perfect occasion to check in on the 2001.

Still mesmerizing and hauntingly beautiful in every way, the 2001 soars out of the glass with tremendous aromatic presence as it literally fills the room with its extraordinary bouquet. And that is just the beginning. Grenache in its purest essence fills out a wine that is both weightless and yet remarkably deep. Each taste brings something new as the 2001 reveals myriad shades of complexity in the way only the world’s greatest wines can. Hands off winemaking and long aging in oak inform a super-classic, old-school Châteauneuf that will thrill readers lucky enough to own it. In an increasingly globalized world, it is such a pleasure to taste and drink handmade, artisan wines that speak to craft and the essence of place above all else.98/Drink 2018-2028 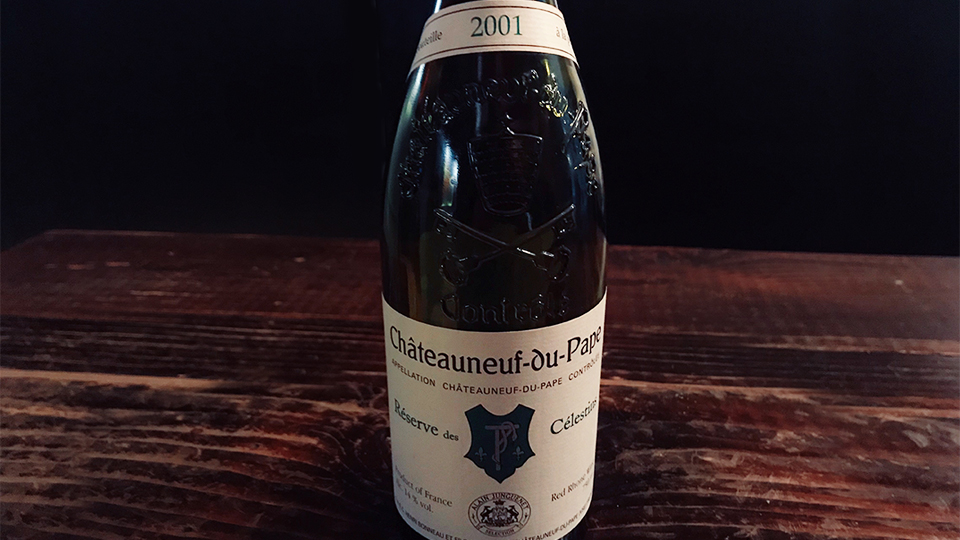