I would never claim to be an expert blind taster – far from it – though I do have my moments. One transpired in January at Hide restaurant, where two vintages of d’Yquem were served blind as a fitting finale to an epic Pétrus dinner. Guests were invited to name the vintage. “It is definitely very old but certainly a great Sauternes vintage,” I piped up, in my finest Michael Broadbent impersonation. “I think it is the… [cue drumroll] …1893.” Bingo. Cue a susurrus of “How did he do that?” Of course, it is always preferable for moments of tasting prowess to coincide with an audience. I acted nonchalant whilst inside I basked in the glow and completed my victory lap. (More often in these situations I make a complete fool of myself.) The other bottle was the 1967 d’Yquem, but instead of reporting on that now, I decided to present my three encounters with 19th-century d’Yquem. 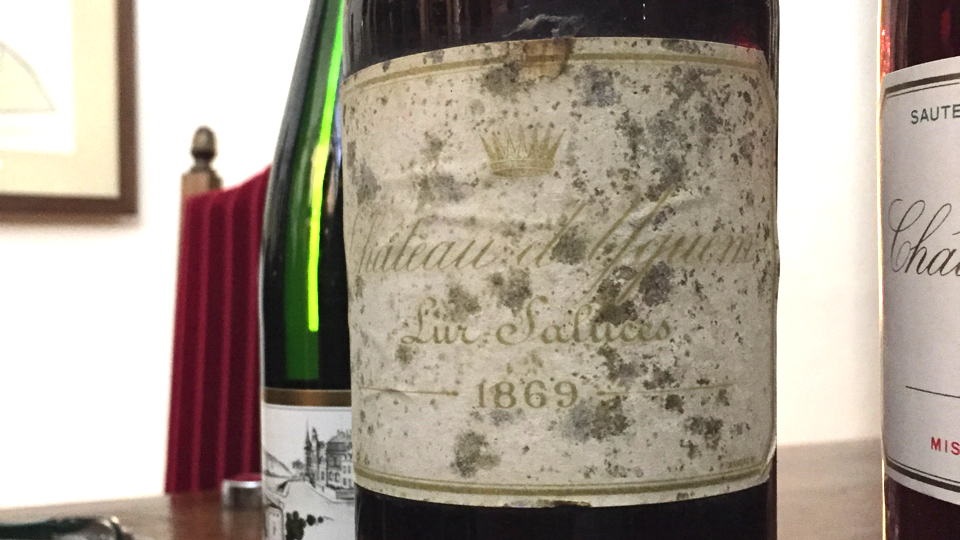 Historical context is important. These were all born in Sauternes’s halcyon days, when d’Yquem was esteemed as its pinnacle, with prices to match, outstripping even Lafite-Rothschild. Sweetness, pertaining not just to wine but to all kinds of gastronomy, signified luxury and wealth. D’Yquem was ne plus ultra. Its aura was enhanced in 1859 when the brother of the Tsar of Russia, the Grand Duke Constantine, forked out an astronomical 20,000 gold francs for a barrel of the 1847. Throughout the latter half of the 19th century, d’Yquem reigned imperiously. It was not until the 1930s that tastes began shifting away from sweet wines to dry reds, though d’Yquem will never relinquish its status as Bordeaux’s best sweet wine, a reputation consecrated by the 1855 classification as its sole Premier Cru Supérieur.

These three bottles were all poured blind on separate occasions. The tasting note for the 1879 d’Yquem attests that being extremely old, rare and valuable does not exempt it from criticism. Two others, the 1869 and 1893, evidence exactly why there is something magical about d’Yquem. Both come from long-forgotten but great vintages. They transfixed their respective audiences decades later, even before their ages were revealed. I broach them chronologically.

The 1869 d’Yquem remains the oldest vintage I have tasted. It was an additional bottle generously donated to finish a remarkable dinner in Beaune. Picked on September 5, according to Michael Broadbent (who I presume did not witness it first-hand), it has a noticeably deep colour with a light flor-like scent on the nose, yet there is patently no sign of any oxidation, just bewitching scents of crème brûlée and ripe fig, and later, syrup. It is vivid and entrancing, with wonderful definition. The slightly viscous palate is exquisitely balanced and harmonious, not to mention one of the most exotic I have encountered in an ancient d’Yquem, offering pure fig and date notes and, peculiarly, sporting traces of red fruit and a hint of elderflower on the finish. Sensational in every way – it’s as simple as that. Tasted blind in Beaune at the 1243 Club. 99/Drink: 2019-2040. This bottle of 1879 d’Yquem had been re-corked at the château in 1993. It has a delicate but not frail bouquet of dried honey, almond, beeswax, mulch and chlorophyll aromas – all very attractive though not mind-blowing. The palate is medium-bodied, mellow and refined, showing good acidity and delivering dried honey, wax, dried orange peel and mandarin towards the finish, which just fades gracefully away, as you might forgive a 134-year-old Sauternes. This is a piece of history that continues to emit pleasure like a distant twinkling star. Tasted blind at a private dinner in Zurich. 90/Drink: 2019-2025. 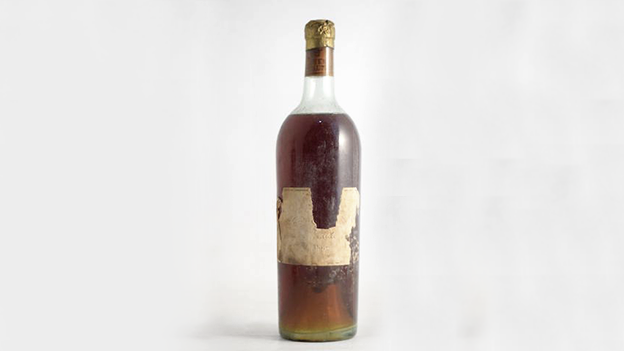 This is the actual bottle of 1893 as depicted by the auction house where it was acquired. Apparently one of the sommeliers scarpered with the label after it fell off in the restaurant.

Cognoscenti cite 1811 and 1847 as the most famous d’Yquems of that century; however, the 1893 d’Yquem stands beside them. It is an extraordinary wine born in a notoriously hot summer that favored Sauternes over the reds. Figures gleaned from Yquem’s official website make you rub your eyes in disbelief. Unsurprisingly, the growth cycle was one month ahead of normal and the harvest commenced on August 28, finishing on September 15 after three tries through the vineyard. Despite this unprecedented early picking, potential alcohol averaged 22°, some lots approaching 30°. Yields were a bountiful 25hl/ha, which equated to 75 barrels, full capacity for the cellar at that time. At 126 years old, this elixir effortlessly shrugs off its age. Iridescent amber in color, it has a beguiling bouquet of dried honey, rosehip, stewed peaches and just a suggestion of Tokaji Azsù. The delineation is enthralling and difficult to reconcile with such a hot growing season. The palate is blessed with exquisite balance and an electric wire of acidity that slices through what must once have been very intensely botrytized fruit. This is still viscous and caressing, offering caramelized oranges, honeycomb and just a hint of yellow plum towards the ineffably complex finish. Maybe because of its venerable age, the 1893 does not quite possess the persistence of the very greatest d’Yquems that I have tasted, but it remains a truly fabulous Sauternes from a remarkable growing season. Tasted blind at the end of the Pétrus dinner at Hide in London. 99/Drink: 2019-2040.