This half-bottle of 1899 Rioja Blanco from Marqués de Murrieta concluded a memorable supper in London just after the New Year, when a friend was visiting from East Asia.

Murrieta was established in La Rioja Alta in 1852, although I do not know whether white wine was produced from day one, nor if so, whether it would have comprised predominantly of Viura with a dash of Malvasia à la recent vintages. Most likely nobody really knew or cared at that time. The first recorded official vintage is 1919, but bottles predating that year have always been known to exist, as proven when a mixed lot of six half-bottles came up for sale at Christie’s in December 2017. Fortunately, the lucky bidder was one of the guests at this dinner. The label was completely faded and illegible. Post-1919 vintages were designated Gran Reserva Especial, though this one was listed as simply “Blanco” in the catalogue, which is what I use here. It came with an embossed metal neck tag that indicated vintage. 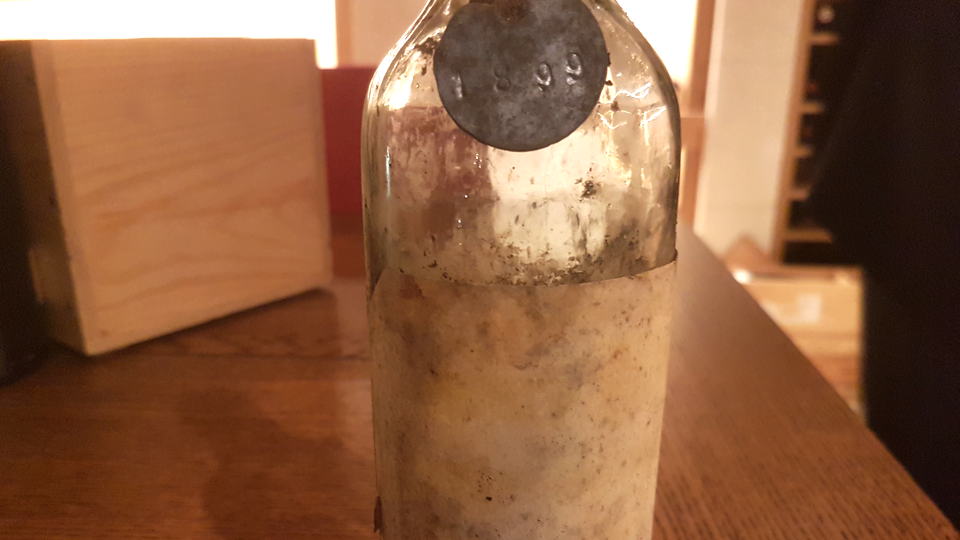 The wine shows a little turbidity in the glass, though it develops more clarity with air. The nose is pungent, almost overpowering, offering scents of sandalwood, Montecristo cigars and freshly picked lavender, and later grilled hazelnuts and an acrid tang of autumn bonfire. The palate is marked by a touch of volatility on the entry that serves to enliven the senses. Tangerine, smoke and Moroccan spices dovetail into a strikingly nutty and surprisingly racy finish. Overall, this comes across more youthful than its 120 years would suggest, and despite some initial funk, it gains delineation with aeration. It is probably the most ancient white Rioja I will ever drink. What a privilege to taste this piece of Spanish winemaking history! 92/Drink 2020-2030.