It is a shame that Langoa-Barton is destined to lie in the shadow of its sibling, Léoville-Barton, because it produces a great Saint-Julien wine in its own right. Moreover, that wine has a propensity to age in bottle with just as much élan. I was making this point to someone recently, which brought to mind two of the oldest vintages I have encountered. The château’s own library is sadly negligible, but these two bottles boast impeccable provenance, as they came from the Graham Lyons cellar auctioned by Zachys several years ago. Langoa-Barton has been in the Barton family’s hands since 1822, Hugh Barton having purchased the estate on his own account instead of Barton & Guestier’s. 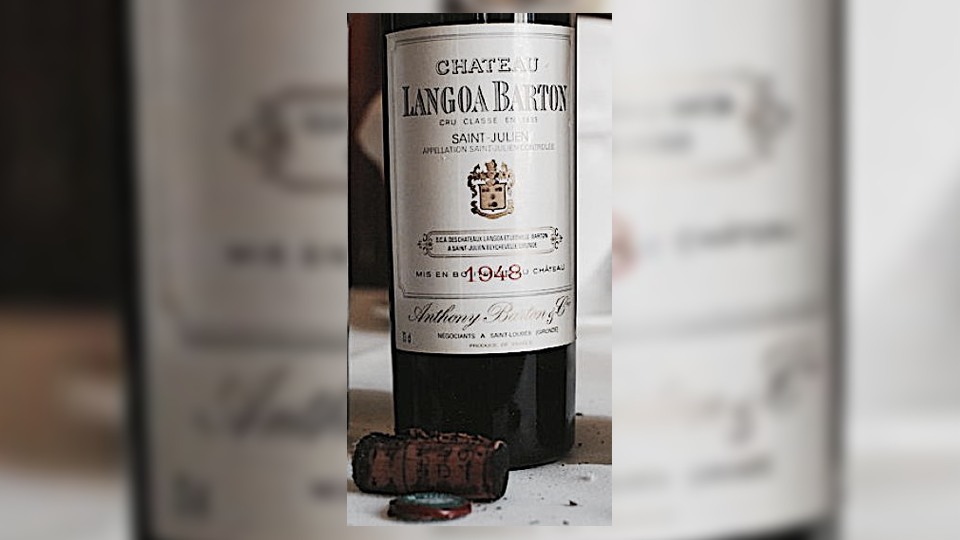 When the 1904 Langoa-Barton was born, Bertram Barton was the owner, though he was an absentee proprietor who came close to bringing his family to bankruptcy. Showing signs of its age thanks to its tawny rim, the 1904 nevertheless sports a refreshingly vivacious bouquet with plenty of red fruit tinged with molasses and mint. There is also a scent of what you might call “stately home” – that whiff of polished antique mahogany that hangs in the air. The palate follows up with a gorgeous, sensual mouthfeel counterbalanced by a fine line of acidity. The warmth of the growing season coupled with lack of equipment to regulate alcoholic fermentation means that there is some volatility, yet the finish retains impressive presence. Superb. 94/Drink 2019-2025.

The 1948 Langoa-Barton comes from a rather overlooked vintage, better known for its Right Bank wines. However, this bottling testifies to Anthony Barton’s assertion that it was a famous vintage for the estate. In 1948, Ronald Barton was at the helm. Having fought in World War II, serving with the Free French in the desert, he returned to a dilapidated estate. German soldiers had been billeted on the property and vines were missing from one-quarter of the vineyard. The replanted vines would have been too young to provide fruit by the time this wine was made. Against the odds, the 1948 shows impressively. It has an entrancing bouquet with plenty of fruit, intermingling with sandalwood and cigar humidor. It would actually benefit from decanting, as it settles in the glass, evolving traits of burnt honey. The palate is medium-bodied with silky tannins and quite racy acidity. You come away with the opinion that the 1948 is gracefully descending from some almighty peak that it summited a few years ago, and perhaps for some there is excessive volatility on the finish. With this in mind, bottles should be drunk in the near future. 92/Drink 2019-2020.