You may assume that you know all that there is to know about a winery; however, there are what you describe as “known unknowns”. For example, I assumed that I was pretty au fait with Domaine Armand Rousseau until I stumbled upon a 2010 Bourgogne Blanc, a private cuvée without mention on a single page of Burgundy literature. I kept the empty bottle as proof that it does exist and indeed, readers can search for it in the Vinous database. This Cellar Favourite fits into the same mould.

The 1952 Latour was poured at a private dinner in Bordeaux. Latour is a château that I know intimately, having visited countless times, authored a dozen or so articles and been graced with vintages all the way back to the mid-19th century. Served blind, when this particular vintage was revealed, I instantly recollected a previous encounter and yet this felt…different. Inspecting the label, it bore an inscription in capital letters. “RESERVE DES PROPRIETERES”. Now, that is something that I had never seen before. I turned to a fellow guest, who examined the bottle himself. Likewise,  he too had never seen this. That person was Frédéric Engerer, Latour’s CEO. I know what you’re asking yourself. Was the bottle genuine? Unquestionably, because though it was not proffered by Engerer, it was generously served blind by a most respected elder statesmen of the American wine trade who kept it in his cellar until this dinner. 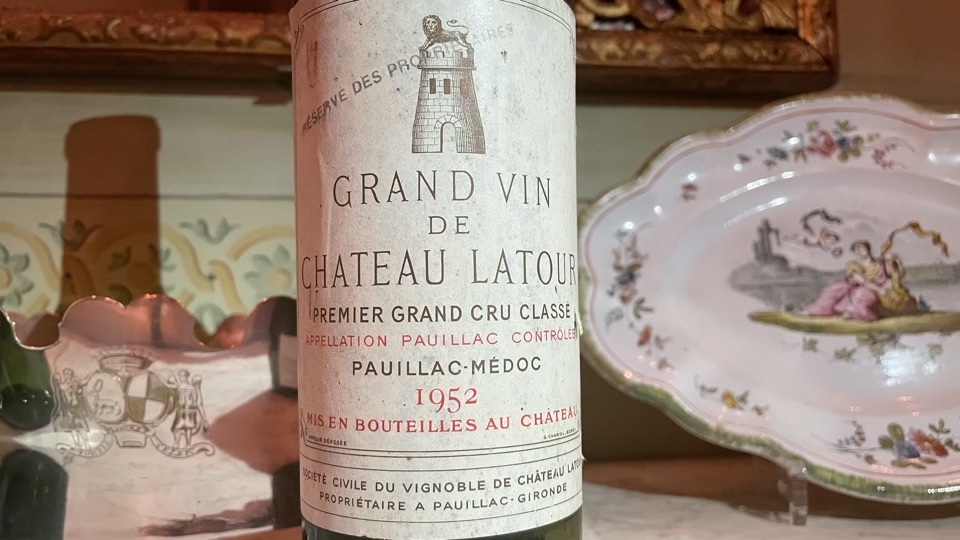 So, how was it? After almost seven decades, the 1952 Latour is still singing. Unlike the previous 1952 tasted several years ago this was conspicuously ripe and fuller on the nose. In fact, it might pass for a 1959 Latour with red berry fruit, hints of fig and star anise, a touch of chlorine that you often find with claret of this era. The palate is still vigorous and surprisingly opulent, with a fine bead of acidity, some edginess and showing just a touch of volatility on the finish. Without wishing to be banal, it was utterly delicious, the epitome of old school Pauillac. A Latour that leans on the sweeter and richer side, therefore it has more commonality with the precocious Pomerols and Saint-Émilions of that year than the generally more austere Médocs. 93/Drink 2022-2040.