What a thrill it is to taste Cantina Mascarello’s 1955 Barolo from a perfectly stored and cared for bottiglione, a traditional Piedmontese large format that is no longer used.

Years ago, I bought two 1.9 Liter bottiglioni of the 1955 Barolo. When these bottiglioni were initially made, Barolo was not the highly coveted wine it is today. A hectare of Nebbiolo for Barolo cost about the same as a hectare of Dolcetto. Only a handful of consumers actually drank Barolo and even fewer had use for large formats. As interest started to grow for Barolo in the 1990s, most of the focus was on standard bottles. In some cellars, the larger formats were basically forgotten about for decades.

I served one of the 1955 bottiglioni at our Rare Wine Charity Dinner, which we hosted at Eleven Madison Park as part of the 2012 Festa del Barolo, and donated the second bottiglione to our charity auction. Never in a thousand years did I think I would see that second bottle again. But, there it was…. 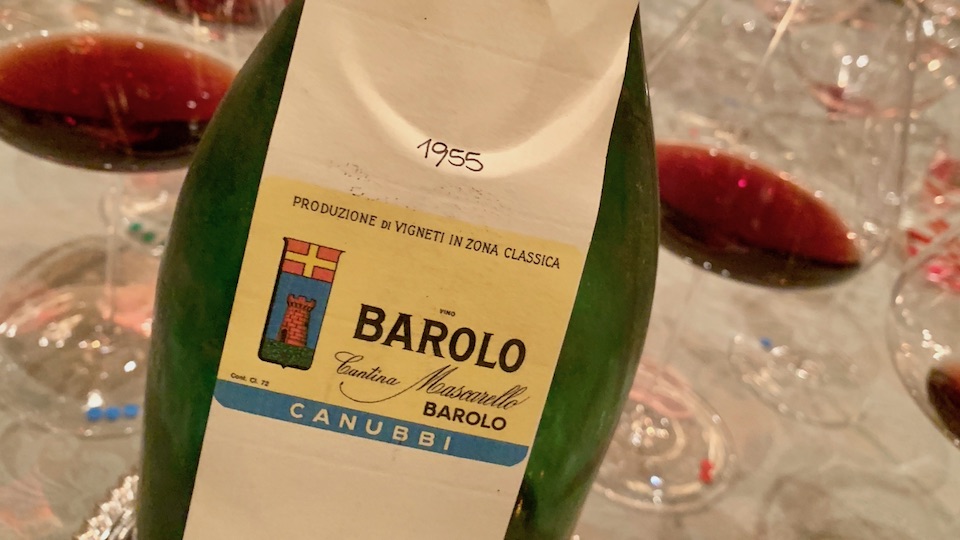 From the moment it is served, the 1955 Barolo is magical. The aromatics alone are stunning. A whole range of floral and spice notes soars out of the glass. But what impresses me most is the wine’s pure density and richness of fruit. Over several hours, some of that initial fruit intensity recedes, and yet the wine retains tremendous energy and focus, all of which is remarkable considering the rudimentary cellar tools that were available at the time. Piedmont fans will note the use of the word ‘Canubbi’ (rather than Cannubi, as used today) on the label. The 1955 was made from a blend of different sites, a tradition that remains in place today at the estate, but the Canubbi name carried considerable prestige, so it was used on the label. One of the guests at the table asks me how long the wine will keep. It is a great question. At this stage, the wine’s future ageability depends solely on the cork and cellar conditions, rather than on the wine itself.

At this level, what we drink and experience is more than just wine. Cantina Mascarello’s 1955 Barolo represents a piece of history and is a remarkable testament to the artisan craft of one of Barolo’s most important families. What a wine! 96/Drink 2018-2028.