I have a soft spot for off-vintage Claret – the more “off,” the better. There must be a masochistic side to my personality that draws me inexorably toward vintages that should come with a government health warning. They don’t come riskier than the annus horribilis 1956, when Bordeaux infamously turned into the Arctic for a prolonged spell in February and vast swaths of vines perished in a mass execution by frost. Many châteaux could not produce a single bottle of 1956, though a few did eke out a tiny production. Nowadays, it is a vintage hardly ever seen. It took 20 years for me to stumble upon it, courtesy of a 1956 Léoville Barton served by co-proprietor Lilian Barton-Sartorius to celebrate 190 years of her family’s ownership, as a last-minute substitute for the 1966 that she intended to serve but could not locate. She offered a memorable anecdote about how then-proprietor Ronald Barton complained about hunters shooting their guns early in the morning during that deep freeze. But they were not guns; Barton was awoken by the sound of vines literally exploding as their sap froze and capillaries burst in their trunks. So this Cellar Favorite is a reminder that while some bottles might not offer sensory satisfaction, occasionally their historical significance gives an alternative kind of pleasure. 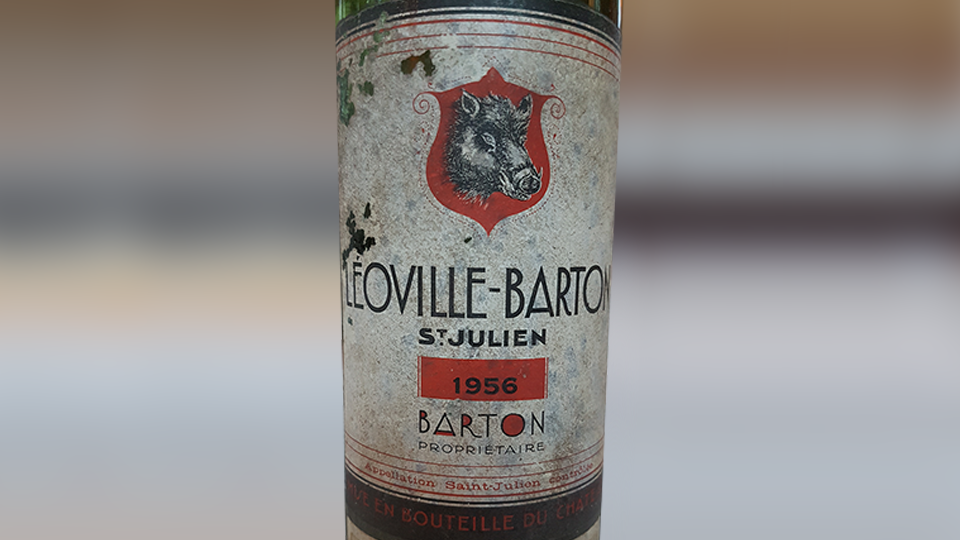 The 1956 Léoville Barton is attired in a magnificent Art Deco label (the one currently used for their second label, though it is more deserving of their Grand Vin.) It has a slightly deeper color than expected, and only a touch of turbidity. There is negligible fruit but quite a pungent chlorine/algae-like aroma that is not as malodorous as it sounds. The light palate displays vestiges of red fruit, a little dusty but not unpalatable. Inexplicably, the wine seems to ameliorate with aeration instead of oxidizing, gaining substance from the ether. It is a curiosity, a remnant of a disaster that struck Bordeaux that year. But it is a survivor with whom I am glad to make a fleeting acquaintance. 83/Drink now