The rise of Domaine Duroché and fifth-generation winemaker Pierre Duroché over the last four or five years has been both vertiginous and completely justified. Gevrey-Chambertin already boasted a number of revered, high-profile producers, but given its small production and the seemingly unquenchable thirst for its top wines, the more domaines striving toward greatness, the better. Pierre Duroché took over from his father Gilles in 2005, though my first visit was not until 2014. I vividly recall departing with a skip in my step, already writing effusive prose in my head. Since then, Duroché has discreetly expanded his holdings in modest fashion and rebuilt his tasting room. Apart from that, the modus operandi remains the same. 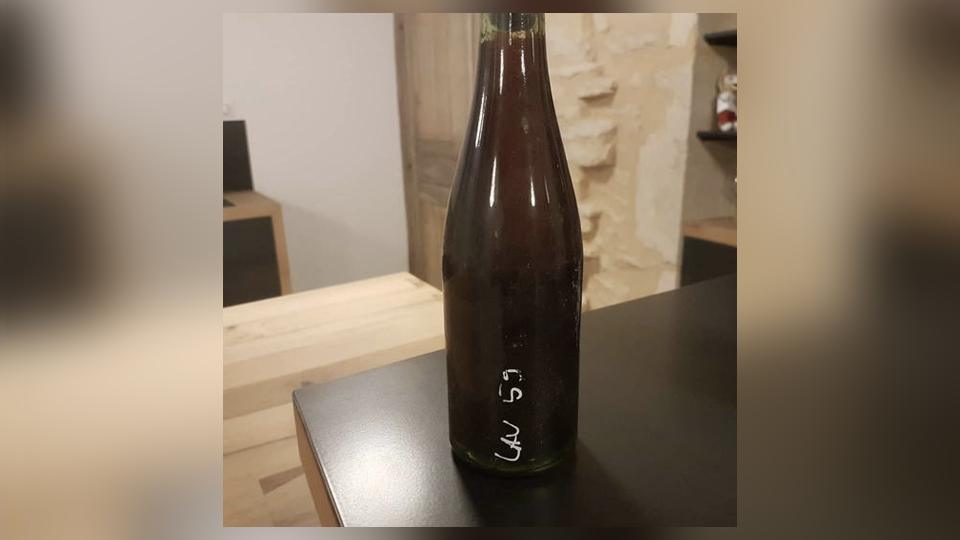 During last November’s visit, following a tasting of his 2017s, Duroché said that he had something else he wished me taste, and did I have time? Well, the answer to that question is always affirmative. He presented an unlabeled half-bottle, only the white chalk marks betraying its identity. The 1959 Gevrey-Chambertin Lavaut Saint-Jacques 1er Cru (since the 1980s, “Lavaut” rather than the more common “Lavaux”) was made by Pierre’s grandfather, Philippe Duroché. It comes from his 1.2-hectare holding of vines planted between 1923 and 1971, a parcel that is usually one of the last to be harvested. At almost six decades old, the 1959 shows wide bricking on the rim but is clear in color. The bouquet takes a few moments to unfold, eventually revealing scents of terracotta, sage and Provençal herbs, unashamedly rustic in style but compelling. I suspect that it has lost some of its horsepower in recent years, which is an observation rather than a criticism. Likewise, the palate is medium-bodied and arguably a tad drier than you would expect for a rich vintage like 1959, and the tannins are slightly coarse and rustic. Yet there is a wonderful core of red fruit, commendable acidity and a feral, almost Cornas-like finish that fades away and does not linger in the mouth. Intuition tells me that this is in graceful decline and would have merited more superlatives 10 or 20 years ago. Nevertheless, it is a privilege to drink such a venerable bottle from the domaine – perhaps an inspiration for Pierre Duroché’s winemaking these days. 91/Drink 2019-2019.