Wine lovers often debate which is the greatest vintage of the 1960s in Champagne. To be sure, it is a magical decade, with several candidates for that honor. Perhaps even more importantly though, the 1960s mark the end of an era in Champagne. More productive clones became widespread first in the 1970s and then 1980s, but in the 1960s yields were much lower, especially compared to present day standards. Champagnes, including Dom Pérignon, were most often fermented in oak as opposed to steel, wines were aged on the cork rather than crown seal, and dosage was higher than is today. Impeccably stored bottles of 1960s Champagnes are a treat to taste because they have the ability to transport us back to another time in the region’s history. 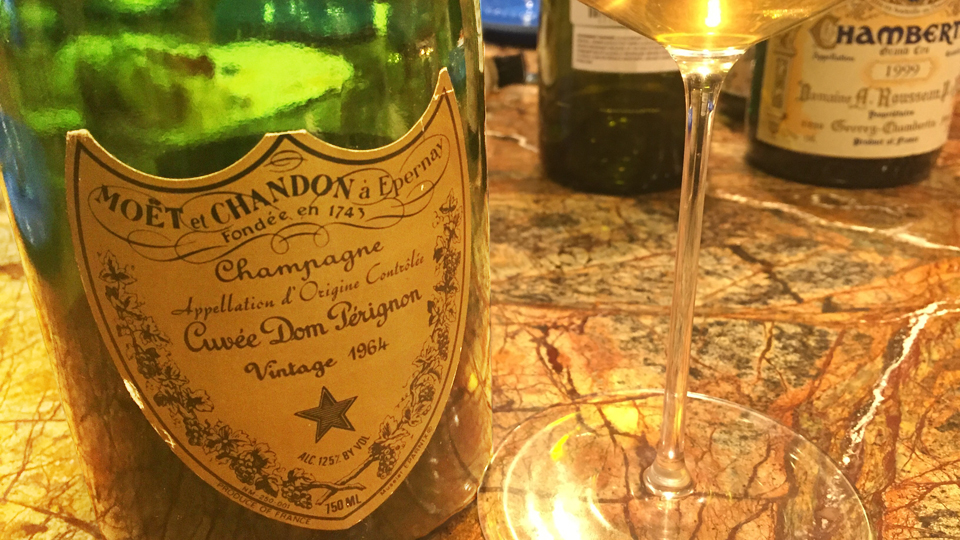 The 1964 Dom Pérignon is extraordinary. Fully mature, with a soft, enveloping mousse and exceptional finesse, the 1964 is simply magical on this evening. Dried apricot, hazelnut, dried flowers, coffee and honey gradually reveal themselves in a Champagne of breathtaking beauty. Following the 1964 over several hours as improves with air is a poignant reminder – if one were needed – as to just how truly profound it is. The 1964 was released in several different versions over the years. Some of those releases (reviewed in the Vinous database) are terrific, but in general, I tend to prefer the original release over later disgorgement and wines in the P2/P3 (formerly Oenothèque) series, which is one of the reasons I tend to purchase Dom Pérignon for my cellar as soon as it is released. 97/Drink now