The 1967 Bordeaux vintage does not have a great reputation, except for a handful of over-performing Pomerols. But it was a stellar vintage in Sauternes. The September rains that spoiled the red harvest also provoked widespread botrytis, leading to a treasure trove of outstanding sweet wines. Yet, Climens had always been an anomaly, a slipped catch in what should have been a victorious Barsac. Two bottles encountered just over a decade ago, including one poured by Bérénice Lurton at the château, echoed the lukewarm reviews of both Parker and Broadbent. So when the 1967 was served after a vertical of Domaine Roumier’s Les Cras at Medlar in London, I had modest expectations, despite this particular bottle having been purchased on release and stored in a perfect cellar its entire life. Lo and behold, it ridiculed my previous desultory reviews. 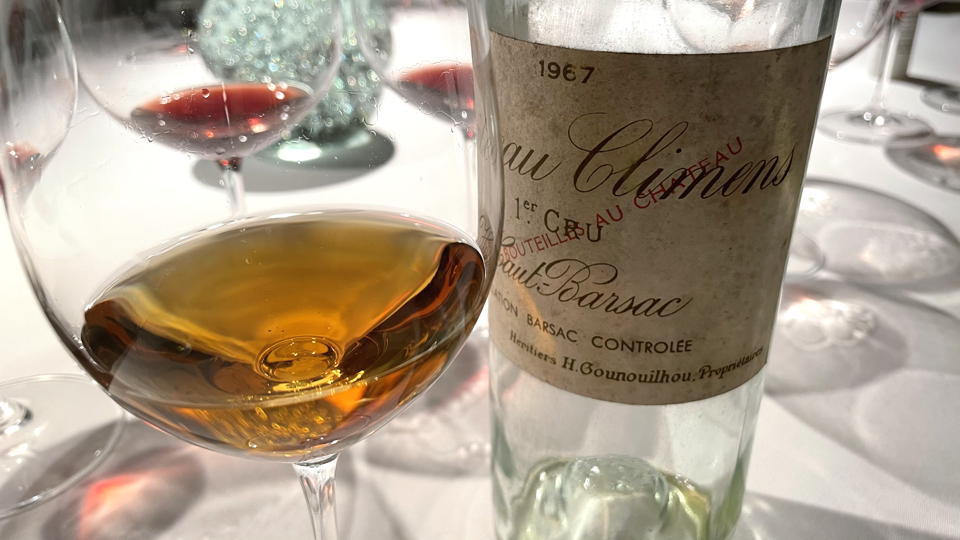 The 1967 Climens, which apparently contains 84g/L residual sugar, is a crystalline beauty. Glistening in the glass, it is like a golden beacon that lights up the table. The bouquet is fabulous with razor-sharp delineation and palpable energy, scents of tangerine, acacia honey, Portuguese Pastéis de Nata and barley sugar. The palate is intense, extraordinarily pure and brims with tension, riding on its razor-sharp acidity that counterbalances the honeyed fruit laced with blood orange, passion fruit and subtle white tea notes. I cannot recall a fresher 1967 Sauternes. Every mouthful elicits pure joy and the only downside was there was not a drop left once I had finished my glass. 97/Drink 2022-2040.