The essence of old-school Barolo. That pretty much sums up the Barolo Battista Rinaldi crafted in 1971. From the moment it is opened, the 1971 is special. The aromatics alone are captivating. Sweet tobacco, cedar, mint, dried cherry, truffle, licorice, smoke and exotic spice overtones all suggest a fully mature wine, and yet the 1971 has an inner sweetness to its fruit and a level of sheer depth that make it clear that the state of the cork will ultimately determine the wine’s life, rather than the quality of what is in the bottle itself. Powerful and yet gracious, with superb persistence, Rinaldi’s 1971 Barolo embodies what traditional Barolo was all about during this era. 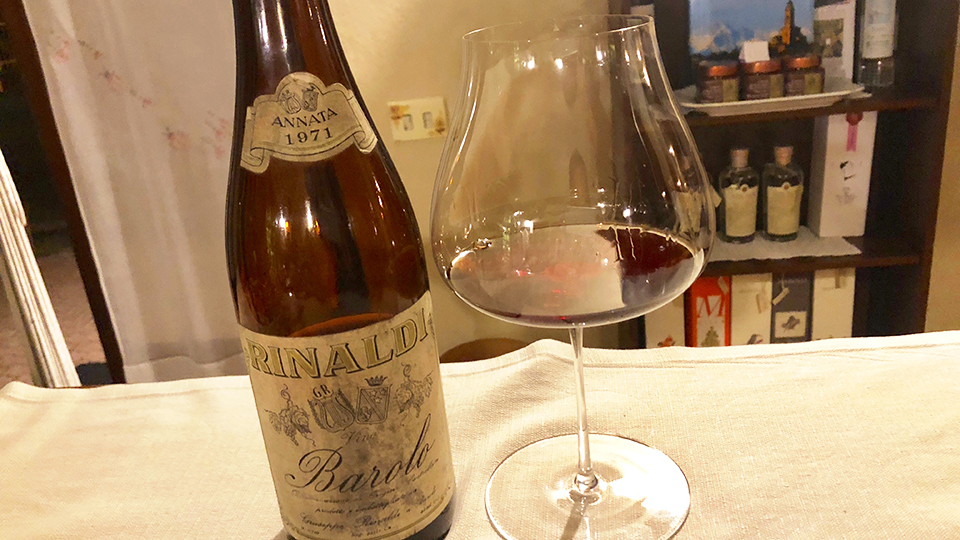 Sadly, Piedmont has changed a lot over the last few decades. In the 1970s, Piedmont was a very different place than it is today. Only a few families knew economic prosperity. Instead, human values were the currency that drove the day to day for most locals. Technology was non-existent. The means used to make this Barolo were as rudimentary as one can imagine. A single vintage often took years to sell through. All of that is reflected in a wine that harkens back to an earlier era in Piedmont’s history.

Wines like the 1971 Barolo will never be made again – they can’t be. That is why it is such a treat to taste and experience Rinaldi’s 1971 in its full glory from a pristine bottle. At the time, Battista Rinaldi made his Barolo from all of the estate’s parcels, although in some years he also bottled a Brunata Riserva. The 1971 Barolo is a great wine from one of the great Piedmontese families. Readers who want to learn more about the Rinaldis’ history may enjoy looking back at this article from last year. 96/Drink 2018-2028.