Although I have banged on about the 1971 vintage being fecund for stupendously good wines around the world, there are a few exceptions; one is the Douro Valley since there was no General Declaration that year. That does not imply a bad season. Sometimes it is simply a case of Port houses eschewing consecutive Declarations, and since the 1970 releases had been well-received, 1971 was never going to be declared. Instead, the Ports were used for blending, and a few pipes were tucked away, which is why Taylor’s Fladgate have just released a limited Single Harvest.

Courtesy of Taylor’s themselves, here is a bit of background information on the growing season in question. The winter preceding the 1971 harvest was slightly drier than average with around 13 inches of rain recorded at Pinhão. Spring and early summer were relatively cool and poor berry set was reported in some areas resulting in reduced yields. August was a dry month, unusual for the Douro Valley; however,  there were no prolonged periods of intense heat. As a result, the grapes ripened slowly and gradually, and by the normal harvest time in mid-September, the crop was still far from mature. The vintage finally began on the 15th of October, the latest starting date since 1909. As dry conditions had continued throughout September, the grapes were generally in good shape. Winemakers’ notes report that the musts were not as intense and deeply coloured as usual but displayed attractive aromas and excellent acidity. 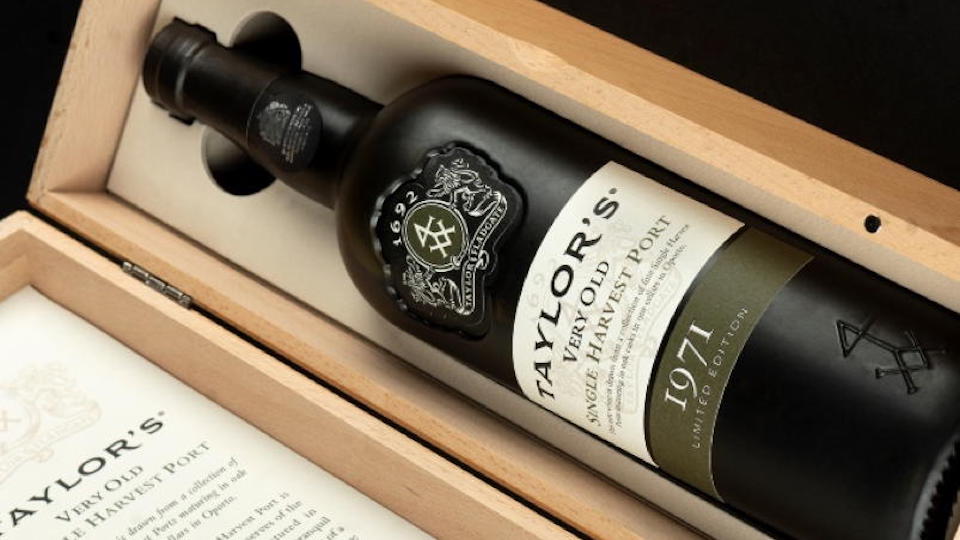 Matured for five decades in cask, the 1971 Single Harvest Port has a tawny hue that is commensurate for its age. It has quite a spirituous nose, strong scents of Chinese 5-spice, clove, wood varnish, Montecristo cigars, fresh figs and grilled walnuts, hints of rosewater with time. After 10 minutes in the glass, it develops a touch more richness and depth. The palate is well balanced with a slightly viscous opening, richer than anticipated, dried honey and clove, red peppercorns, molasses and a touch of Sichuan pepper. With fine length and quite a sensual style, this is a fairly opulent Single Harvest Port that will give immense pleasure. 95/Drink 2022-2040.