Many moons ago, a Japanese colleague and his better half came for dinner at my rabbit-hutch sized flat in South London. These were back in the days when you could pick up off-vintage claret, even First Growths, for a couple of shillings and a cheeky smile. I picked a bottle of 1984 Château Margaux from my cellar, to serve with my spaghetti bolognaise, which readers may have noticed was the only dish I could make back in those days. Yes, it is an archetypal off-vintage but lo and behold, we all agreed that it was rather wonderful. In later years, I would badger the late Paul Pontallier and ask whether he could open another bottle to confirm whether it was a one-off. He replied, of course, but we never got around to it. Sadly, Pontallier was taken from us far too soon. But I brought up the matter with current winemaker Philippe Bascaules and finally, I tasted an ex-château bottle in June this year. Bascaules was intrigued, but sceptical that a growing season that eviscerated the Merlot at flowering and plagued by rain during harvest could make a half-decent wine after 37-years. However, the team at Margaux managed to pick in a dry window on 29 and 30 September. 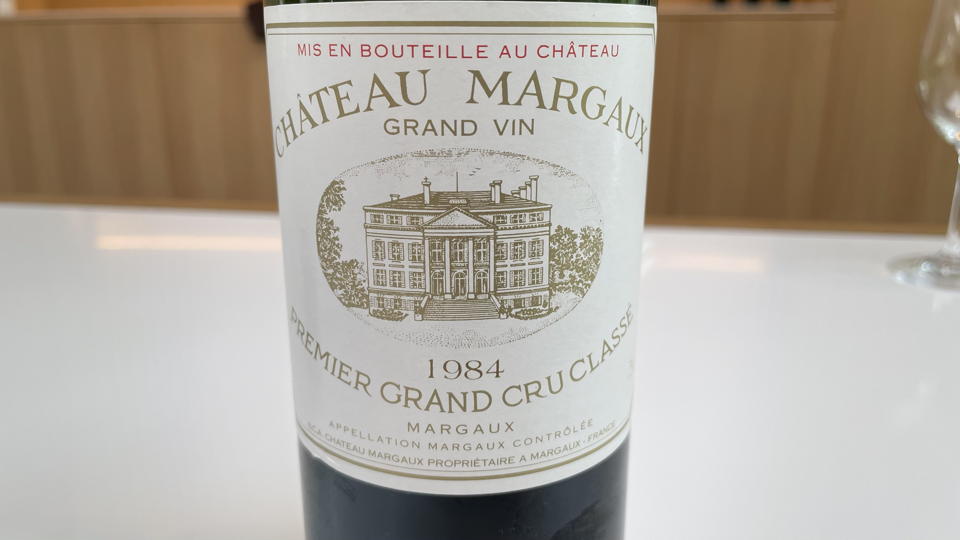 The 1984 Château Margaux is showing expected degradation of colour; the nose is clearly more mature than two decades earlier, offering scents of roasted chestnut, sage, a slight torrefaction, singed leather and fireside hearth. Whilst the palate is rustic and a far cry from the brilliance of the previous two vintages, it is surfeit with charm. Leathery red fruit, cedar and smoke, fading a little on the finish. No, it is not the best Château Margaux ever crafted in what was a seriously strong decade, yet it has its place. Impeccably-stored bottles or large formats might please those with a penchant for disparaged growing seasons…like me. 88/Drink 2021-2025.