I used to be dismissive of South African wine. Overshadowed by the New (World) Kids on the Block, New Zealand and Argentina, South Africa was plagued by substandard commercial fare and a lack of ambition. Pinotage was the whipping boy for some merciless wine scribes back in the day. Thankfully, a  revolution in quality has now made the Cape one of the most dynamic and revelatory regions in the world. Wineries that dominated the industry when apartheid fell and export markets opened up are still around, though they often feel anachronistic juxtaposed against the legion of ambitious, quality-focused young producers inspired by old vines on unique sites and minimal intervention, all delivered with sassy marketing and at affordable prices. 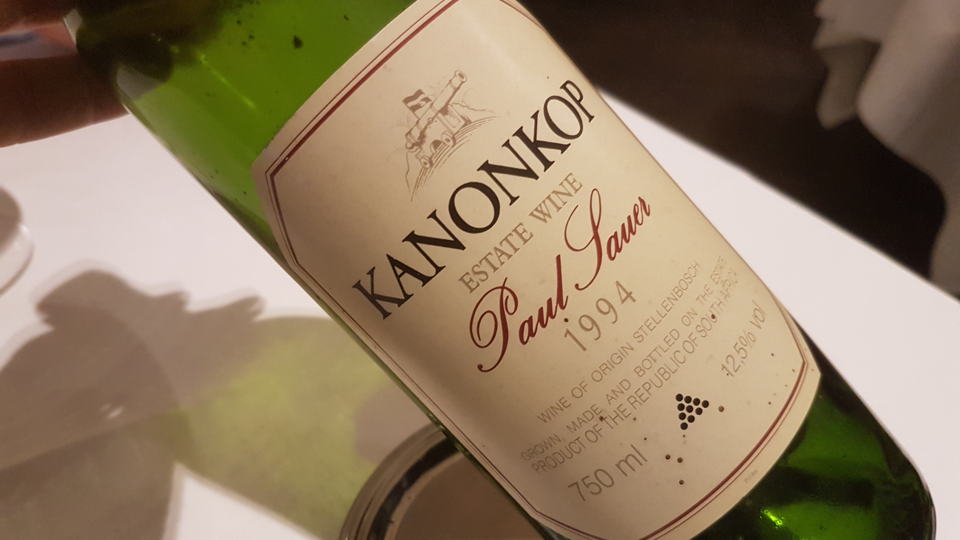 Kanonkop is the exception. It is regarded as one of South Africa’s stalwarts. Its proprietors, the Krige family, have made wine at the 125-hectare property on the foothills of the Simonsberg Mountains for over four decades. But unlike many other estates of a similar age, Kanonkop makes wines that are as good as, and often better than, those of the young guns and artisan winemakers that proliferate today. I have been critical of South Africa’s Bordeaux blends and still regard them as a weaker category compared to the whites, Rhône blends and Pinot Noirs. However, Kanonkop’s “Paul Sauer” constantly shows that world-class Cabernet Sauvignon/Merlot blends are well within grasp and, moreover, proves how supremely well they age. 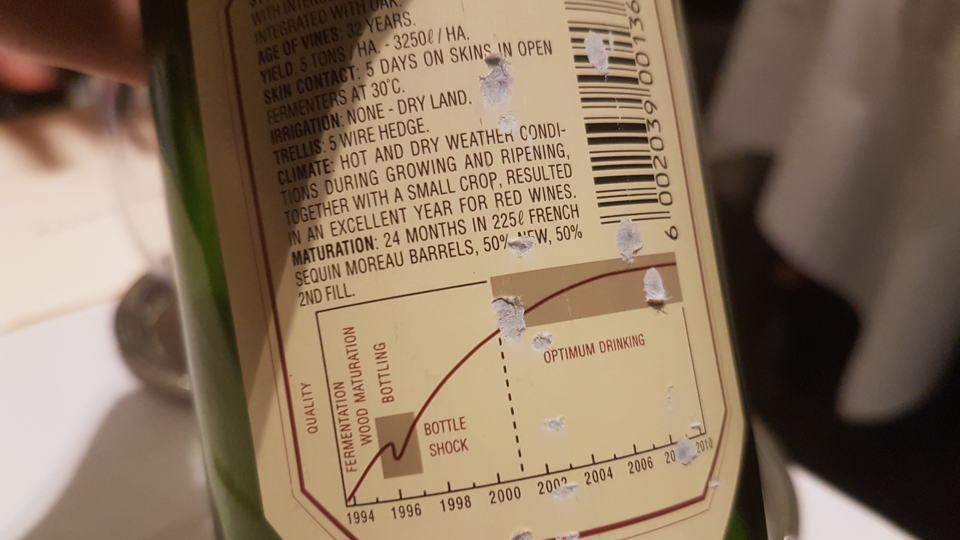 The bottle comes with an informative back label. The only crucial information missing was the blend.

The 1994 Paul Sauer might lie in the shadow of the highly reputed 1995, but this bottle, opened at the end of a full day tasting South African new releases in London, was simply magnificent after 25 years. The bottle came directly from the cellar of South Africa maven Greg Sherwood MW, who bought it on release. I had encountered the 1994 once before, at a Kanonkop tasting several years ago, though it didn’t show as well as this. The 1994 displays only slight bricking on the rim, and the bouquet is better than you will find in most clarets of this vintage, offering a mélange of raspberry coulis, wild strawberry, cedar and thyme. It blossoms with aeration over the course of three hours, developing tertiary and terra-cotta scents. The palate nods to Bordeaux but is unashamedly South African, delivering the lushness of the Cape with the structure and depth. of Bordeaux. Layers of mainly red berry fruit intermingle with sage, thyme, cedar and tobacco, building and fanning out toward the sweet, fleshy finish. The wine is so vivacious that it could easily mature for another 25 years. This bottle was testament to one of South Africa’s great wine estates and one of its most respected and consistent labels. Prices of old bottles are rising due to their rarity and growing appreciation. The good news is that recent vintages are just as good and represent outstanding value. 95/Drink 2019-2045.