The secondary market for South Africa’s most desirable top cuvées continues to see increasing numbers of collectors chasing diminishing supply. Buoyant interest in the Cape’s blue chips is a relatively recent phenomenon that has grown organically, pulled by demand rather than forced by supply. One coveted label is Kanonkop’s Paul Sauer. For many years this sold for just a small premium, a bargain compared to Bordeaux Grand Cru Classés. Now, back vintages are fiendishly difficult to find and command high prices, not least as its ageing ability becomes more widely appreciated.

A bit of background would be useful. Who is Paul Sauer? 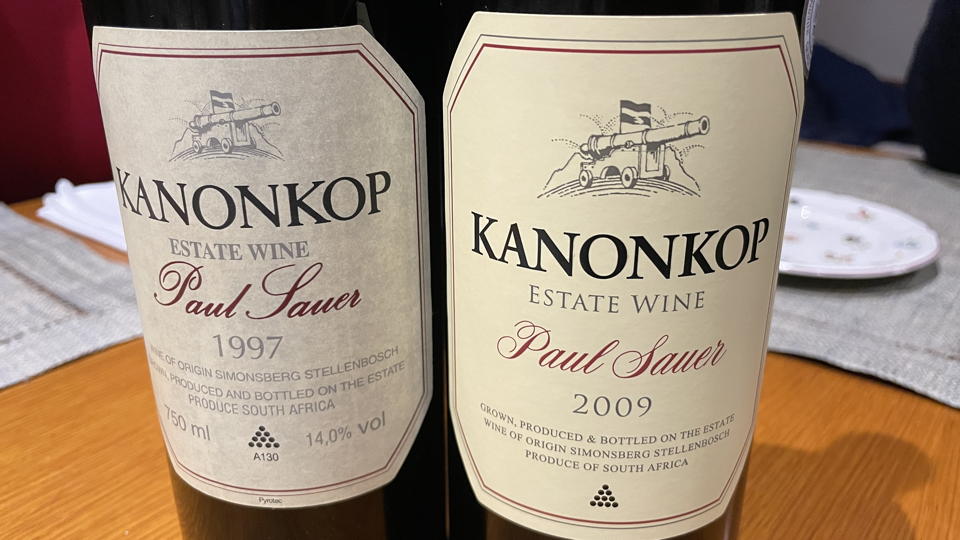 Paul Sauer had two passions: politics and wine. An alumni of Elsenburg Agricultural College, Sauer tended the family’s Uitkyk estate from 1921. Eight years later, Sauer’s mother decided to sell on the proviso that the lower part be excluded and inherited by her son. For the first few years, the renamed Kanonkop farm was planted with fruit trees. But the Second World War eviscerated overseas markets, and so vines were cultivated in their place, and a cellar constructed in 1942 equipped with the same concrete vats used today. The entire production was sold to the KWV co-operative and used in blends such as Lanzerac and Libertas. Sauer’s son-in-law, Jannie Krige, persuaded him to begin bottling and selling their own wines, contemporaneous with domaines untethering themselves from négociants in Burgundy. Sauer’s close ties with KWV meant he only reluctantly agreed, but together with help from winemaker Jan “Boland” Coetzee, the first estate wines debuted with the 1973 vintage. The maiden Paul Sauer. a Cabernet Sauvignon-based Bordeaux blend dedicated to Kanonkop’s patriarch, was introduced in 1981 by Coetzee’s successor Beyer Truter.

When I visited the estate in October, Jannie Krige’s son Johann opened two vintages of the Paul Sauer. My notes as fresh springbok sizzled on the braai (barbeque). With the notable exception of the 1994, the nineties was a rather inconsistent period for this label. That was reinforced by the 1997 Paul Sauer. It is still deep in colour. It does have a pleasant bouquet with blackberry, bilberry, marmalade and light touches of liquorice, though it lacks the panache of later vintages. The palate is medium-bodied with fine tannins, blackberry and a touch of black pepper. There is decent depth and freshness on the finish with a touch of Chinese 5-spice, but overall, it feels a little rustic, and I would drink bottles sooner rather than later. 89/Drink 2022-2030. The 2009 Paul Sauer, which was made by current winemaker Abrie Beeslaar, comprises 68% Cabernet Sauvignon, 16% each of Merlot and Cabernet Franc. It is magnificent, one of the finest vintages that I have tasted. Still deep in colour, the bouquet bursts from the glass with copious scents of macerated black cherries, cassis, dates and Seville oranges. The palate is precocious yet balanced to a fault, a fine line of acidity keeping everything in check, exuberant from beginning to end. Caressing in texture, this Paul Sauer manages to be both hedonistic yet completely refined. It would give most self-aggrandising clarets from the same vintage a run for their money. 95/Drink 2022-2045.