One of the first bottles of fully mature Sangiovese that I ever experienced was a Chianti Classico Riserva Il Poggio that was sourced directly from Montanto’s massive library. The vintage was 1977, and at that point, about fifteen years ago, it was amazing. This was the bottle that proved to me that Sangiovese could really mature over the course of decades, and it set me on the path of seeking out more vintages from the estate, which continues to release wines from their library to this day. Unfortunately, prices are lofty, which is not entirely surprising for a wine with that kind of provenance and maturity. This convinced me to begin buying the wines on release and storing them in my own cellar, starting with the 2001 vintage, which I highly recommend for readers who are able to do so

On this night, it was the 2006 vintage that called to me from the cellar. Il Poggio is typically a blend of 95% Sangiovese and 5% Canaiolo Nero and Colorino, but what makes the 2006 unique was that it was the first year that Castello di Monsanto decided to stop using barrique and began refining the wine in 500-liter tonneaux, part new and part second pass. It’s also worth mentioning that, because of Il Poggio’s amazing ability to mature over the course of decades, this night was the first time that I decided to open a bottle of the 2006 since tasting it upon release - and I sure am glad that I did. 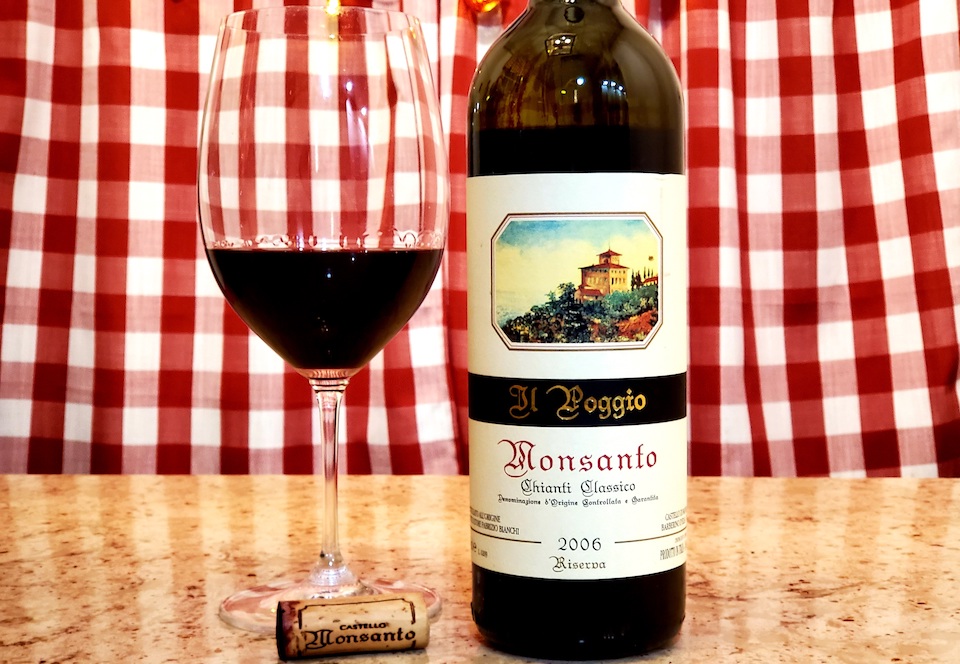 2006 Castello di Monsanto Chianti Classico Riserva Il Poggio - You’d never guess that the 2006 Chianti Classico Riserva Il Poggio is fourteen years old, with a brilliant deep ruby color in the glass. Its bouquet starts out airy and fresh, as white smoke blows off to reveal bassier tones of black cherry, a dusting of cinnamon, black tea, saddle leather and pine shavings. This is pure elegance on the palate, with silken textures that usher in a polished wave of dark red fruits and minerals, with teeming acids and hints of fine tannins that build to create a tug-of-war of tension toward the close. A tart twang of woodland berries and hints of savory herbs linger throughout the lightly structured finish. The 2006 is still so youthful, and it has many more years of positive evolution in store for us to enjoy, yet there’s still no harm in drinking this today. 95/Drink 2021-2038.