It isn’t too often that a Cellar Favorite is also a currently available library release. That’s the case with the gorgeous 2006 Château de Beaucastel Châteauneuf-du-Pape, a wine that I marginally underrated when I tasted it from barrel in November 2008 and then in bottle a year after that.

Two-thousand and six has become a favorite vintage for Châteauneuf fans who like their wines built along classic, elegant lines. The often-shy nature of the 2006s caused people to sometimes underestimate them, and their potential has become evident only in recent years. While most of the 2006s are at or near their peak, I suspect that they will still deliver years of pleasure. 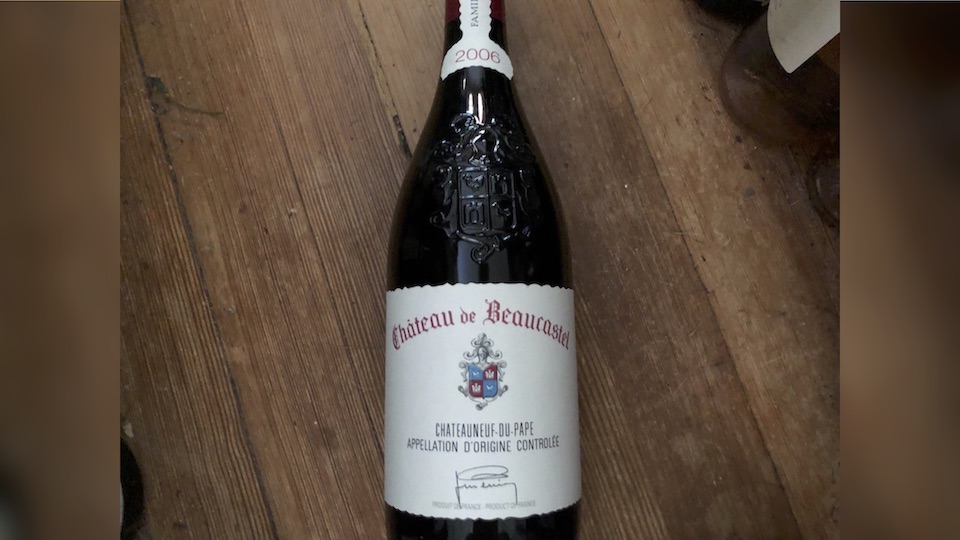 The 2006 Beaucastel shows the textbook character of a mature Châteauneuf-du-Pape. It has expansive raspberry and cherry scents with suggestions of succulent herbs, pungent flowers, cigar box and just a hint of earth. Given the high percentage of Mourvèdre (almost a third of the blend), I would have thought that the earthy aspect would have been more pronounced, but that is not the case here. The 2006 is silky in texture, and the suave blend of depth and energy highlights its red fruit along with floral pastille and baking spice flavors. It finishes extremely long and precise, with superb clarity and just a hint of finely polished tannins adding gentle grip. Beaucastel often shows some gamy character when the wines are young; however, the 2006 did not in barrel nor after it was bottled, and there’s no trace of it now. I noted almost twelve years ago that this was a wine that “beguiles rather than brutalizes”, and I’m happy with that assessment today.

Readers lucky enough to have bought the 2006 Beaucastel on release got great value compared to the where bottles that just arrived on the market are priced today, yet the 2006 is actually quite fairly priced for a 15-year-old, world-class wine that comes direct from the winery’s cellars. 95/Drink 2021-2028.