Located near Bevagna, Milziade Antano is one of the three or four best producers of Montefalco Sagrantino wines today, with a long history of producing one great Sagrantino after another. Talented Francesco Milziade runs this small family-run winery in the Fattoria Colleallodole (the farm of the “hill of the larks”), establishing a reputation for Montefalco Sagrantinos that are powerful, rich and deep, but unusually well balanced, far removed from the many brutally tannic Montefalco behemoths that rarely offer a pleasurable drinking experience. 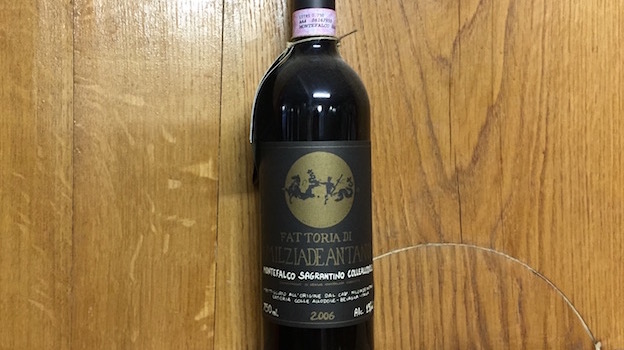 The 2006 Montefalco Sagrantino Colleallodole is a luminous ruby-red, offering aromas and flavors of bright red cherry, dark plum, and sweet spices, plus a hint of menthol. Rich and luscious on entry, then firmer and almost austere in the middle, but showcasing fairly polished tannins and a sweet balsamic nuance on the long ripe finish. A knockout Sagrantino. At ten years after the vintage the 2006 has entered its optimal drinking window, but will last in a good cellar, another decade or more. 93/Drinking Window: 2016-2026.