Monsanto’s Chianti Classico Riserva offers striking value. While the Il Poggio bottling is usually the wine that collectors seek out for their cellars, the Riserva continues to fly under the radar - except for those savvy wine lovers who have witnessed what it’s capable of.

I still remember reading Antonio’s tasting note over ten years ago, where he commented “Today the wine requires serious patience, but there is little question that it will be superb in a few years time… the 2006 Chianti Classico Riserva is a highlight; and a terrific value as well.”  I immediately went out and purchased a case of the 2006 for around $16 a bottle!!! In its early goings, an hour of decanting was the only way to really release its treasures; yet over time, the wine settled into early maturity. With each passing year, I would open another bottle from that case, enjoying its slow evolution. The fact is, the 2016 Riserva became one of my favorite wines to pull from my cellar year after year. Now, at fourteen years old, the 2006 appears to have fully peaked, but is holding strong. You’d be hard-pressed to find another Sangiovese-based wine that could perform as well at this price point. 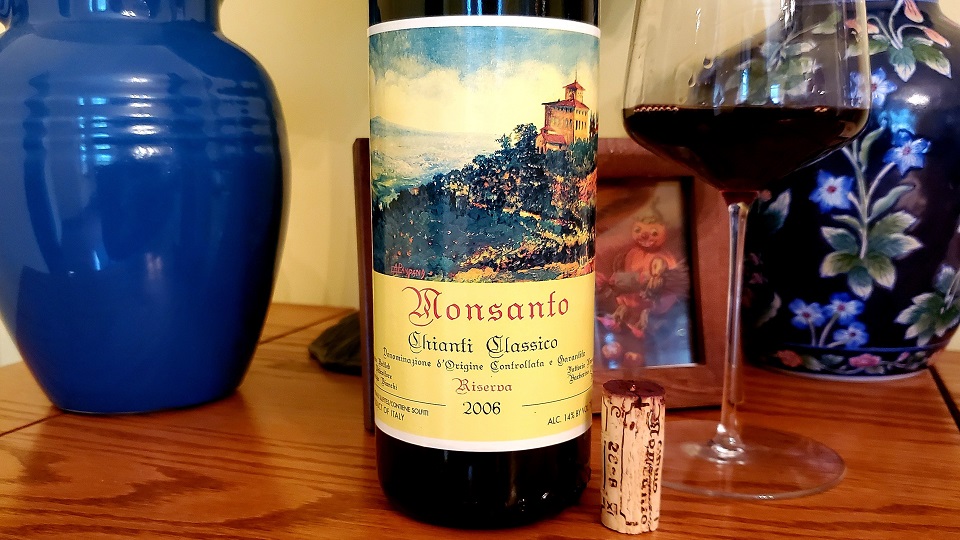 Monsanto Chianti Classico Riserva 2006 – Can you believe that the 2006 Monsanto Chianti Classico Riserva is celebrating its fourteenth birthday? I certainly can’t. An unbelievably youthful and lifted display of ripe strawberries and autumnal spice evolves into notes of plum, sweet tobacco and undergrowth. The 2006 is silky in texture, with stimulating acids that add lively motion to its dark red berry fruits, as saline-minerality settles in, and hints of residual tannin pinch at the cheeks. The only indicator of its age is on the finish, where inner florals and remnants of dried cherry are laced with a somewhat dank and dark earthy note. That said, the 2006 is still a contender; and while I certainly don’t see it improving any further, it’s also at no risk of a fast decline. 90/Drink 2020-2024.