When I recently conducted a Vinous Live with Jacques Thienpont and his wife Fiona Morrison MW, two days before transmission, the latter suggested that I should be drinking a bottle of Le Pin during the interview. Unfortunately, the Martin cellar does not maintain a reserve of Le Pin for whenever I fancy a cheeky iconic Pomerol. She kindly offered to send me a bottle, and two days later, overcoming logistics with a bit of serendipity, a Le Pin landed on my doorstep (literally). If only that happened every day! 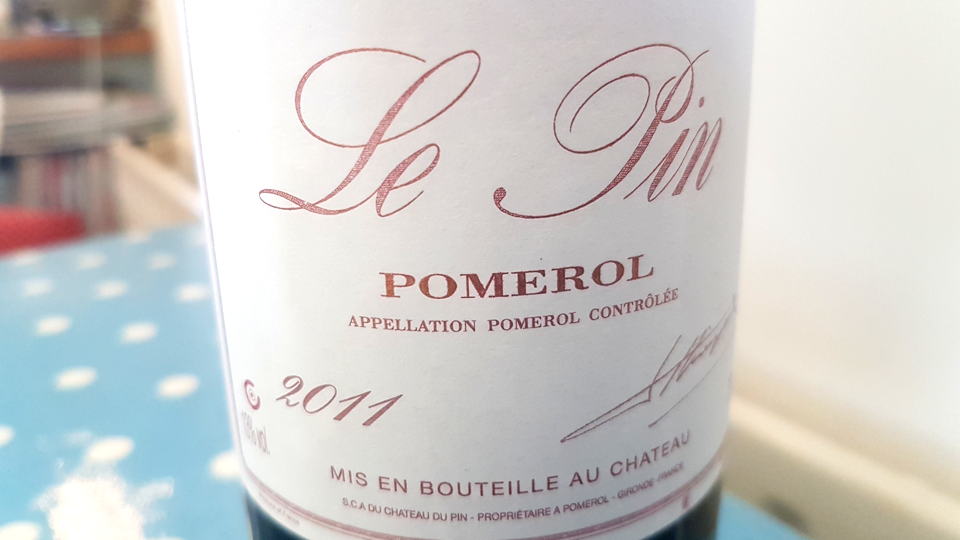 The 2011 Le Pin is a vintage that I tasted in barrel but inexplicably never in bottle. It was picked on September 12 and 13 at 35hl/ha and, significantly, it was the first vintage to be vinified in the new winery. I gave it a tepid reception back then, and almost a decade later, though Jacques Thienpont clearly has a soft spot for the 2011, I cannot confess to being as taken with it as the 2012 or 2014, for example. It has retained a Burgundy, quasi-Musigny bouquet of red berry fruit infused with mocha and black truffle, the mocha element becoming pronounced after three or four hours. You might describe it as comely, yet far from profound. The palate is medium-bodied with fine cohesion. I would not call the 2011 a complex Le Pin, although it has developed an appealing rounded body and slightly granular texture. The red fruit is infused with brown spices and mocha, a subtle gamy/ferrous note emerging with aeration. But it never quite kicks in like the finest vintages, content to remain a “very pleasant Pomerol” rather than a “knock ’em dead Le Pin.” It is at its peak now and is best drunk over the next decade. 90/Drink 2020-2030.