It’s always a pleasure to pull a bottle of Raveneau from the cellar. These are among my favorite wines from anywhere in the world. Of all the domaines I once covered but have since handed off to other critics at Vinous, Raveneau might very well be the one I miss visiting most, as the wines are so often transcendental. 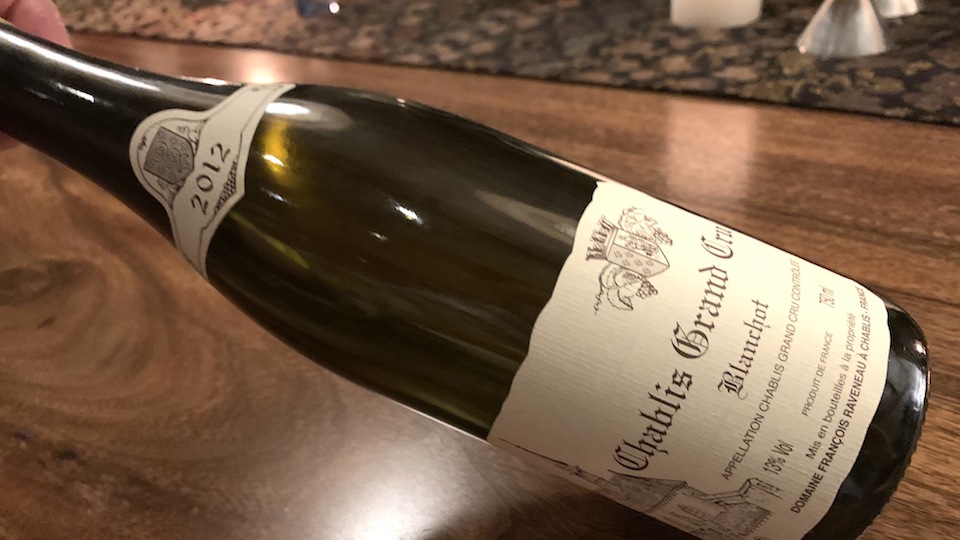 The 2012 Chablis Blanchot Grand Cru is the product of an incredibly challenging year in which yields were reduced by a whopping 40-50%. Frost in the spring, poor flowering, hail in July and blistering heat in August kept vignerons in Chablis busy in 2012. The result is wines that are dense, powerful and yet full of energy. That is exactly what comes through in Raveneau’s 2012 Chablis Blanchot Grand Cru, a wine that perfectly captures the personality of the year and site, albeit with all those qualities turned up to eleven. Even with all of its natural intensity, the 2012 retains striking translucence. If anything, the 2012 is still very young. Readers who can cellar it for a few more years are in for a treat. Lastly, I am not a huge fan of decanting reds, as I think much of the magic is lost to the air, but I feel exactly the opposite about whites of this level. I suggest opening the 2012 (and any top Chablis) at least a few hours in advance. I loved the 2012 from barrel and then in bottle. Now, several years after my first reviews, I am every bit as enamored with the 2012 Blanchot as I was back then. 97+/Drink 2022-2032.