Usually we either read about Burgundies as new releases or as older, mature wines. It is harder to find impressions on Burgundies in the 7-10 year-old range that are both drinking well and possibly available in the market or on restaurant lists at less than the stratospheric prices the most coveted Burgundies command these days. For those reasons I thought it might be interesting to feature Christophe Roumier’s 2012 Clos de la Bussière as this week’s Cellar Favorite.

Perhaps because of its tannic backbone and structural profile Clos de la Bussière has long flown under the radar. To be sure, Clos de la Bussière does not have the immediate allure or charm of Roumier’s Chambolles. I remember being deeply impressed with the 2012 when I tasted it from barrel a few years ago. Back then, I wrote “A cool, reticent Burgundy, the 2012 impresses for its persistence, delineation and intensity… I wouldn't open a bottle before its tenth birthday, as this is a wine that has always repaid cellaring. I expect that will be the case again within the 2012. This is a fabulous showing. Stylistically, the Clos de la Bussière is classic Morey in its pure power.” I felt the same way tasting the 2012 recently. 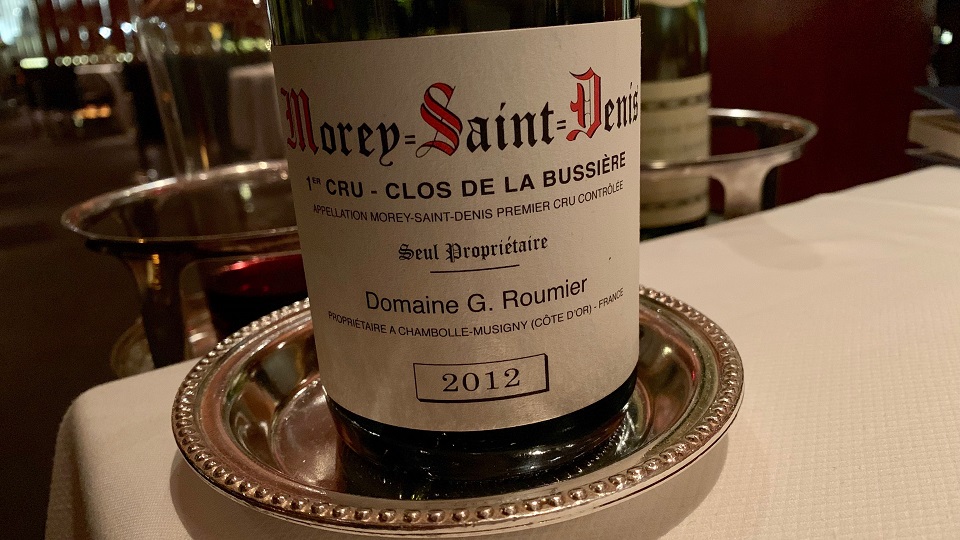 As Burgundy lovers know, 2012 was a vintage with abnormally low yields that resulted in deep, concentrated wines. Today, the 2012 shows all of the richness of the year in spades. The natural intensity of the red stone fruit provides a striking foil for swaths of tannin that lurk beneath. Floral, spice and mineral notes develop in the glass hinting at the complexity that will develop over time. With a little air, the 2012 is drinking well today, although it has more than enough pedigree to age beautifully for many years to come. Readers lucky enough to own the 2012 should be thrilled. It is a superb bottle! 93/Drink 2020-2040.