I witnessed it while eating alone at a restaurant in Beaune. A group of diners whose affluence was matched by their inebriation pillaged the list of its remaining Rousseau Chambertin and Mugnier Musigny Vieilles Vignes. What I found annoying was not their rowdiness, but their clear lack of appreciation for these bottles: martyrs chosen because they were the most expensive. They were intent on ordering much more than they could possibly imbibe, until none was left. They paid their astronomical bill before staggering outside. A week later I retold this sorry tale to Frédéric Mugnier, who sighed deeply and revealed that henceforth he would be withholding the release of his Musigny Vieilles Vignes for five or six years. He was fed up with seeing his Musigny barely out of diapers being listed and consumed at local restaurants. Of course, it is the restaurateur's decision whether to ration how many blue-chip labels each customer may order, and to choose between maintaining an attractive and well-priced wine list and taking easy money from big-spending punters, but at least Mugnier can control what vintages are listed. When I visited the domaine in Chambolle-Musigny in November 2019, Mugnier poured me his latest vintage to see the light of day. (The bottle was without label, hence the image of the branded cork.) 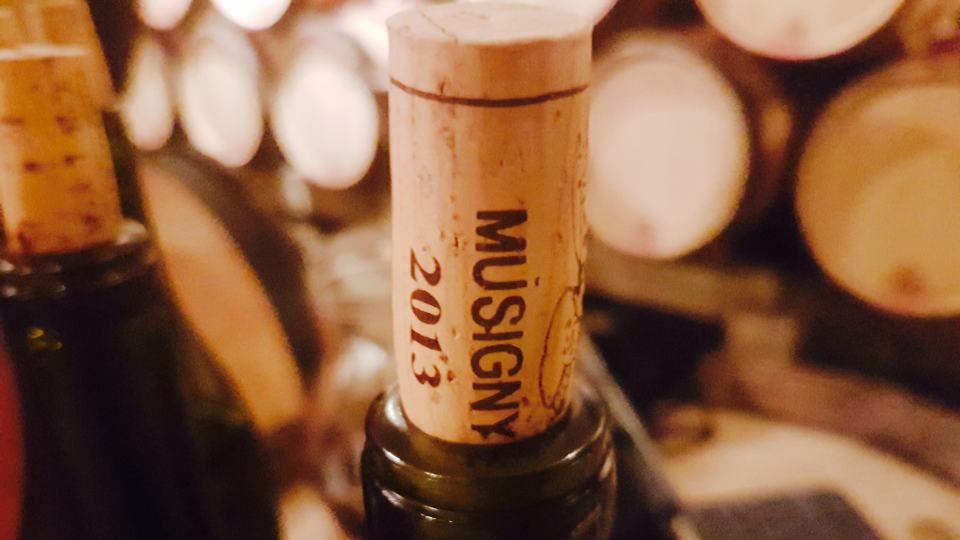 The 2013 Musigny Vieilles Vignes Grand Cru will be released with Mugnier’s forthcoming 2018s. “Twenty or thirty years ago, the 2013 would have been a total catastrophe,” he told me in his barrel cellar. “I am surprised by the presence and substance of the wine, which has high acidity yet is quite restrained. I think the five years of aging have softened the edges.” The 2013 has an attractive and very tertiary-inspired bouquet that evokes images of strolling through a woodland in autumn, red berry fruit tinged with decayed brown leaves, damp soil and morels, and also touches of bay leaf and jasmine tea. The palate is medium-bodied with a slightly rustic bent for a Musigny, though as Mugnier mentioned, it is underpinned by an almost racy sense of acidity that might be off-putting to those who prefer a denser, fruitier style. The fruit is a little darker than suggested by the nose, presenting a soupçon of meat juices and plenty of undergrowth notes on the finish. This is not a Musigny with the utmost finesse and grace, yet it brims with character. While it does possess the substance to age in bottle, the 2013 supports Mugnier’s policy of allowing this particular cru to mature for five or six years before release. That said, I would afford it another five or six years’ maturation. 94/Drink 2020-2045.