The 2014 Brut Nature Les Hautes Blanches Vignes is the first wine I have tasted from Christophe Baron’s new project in Champagne, and it is magnificent. From a tiny parcel measuring just 0.6 hectares (1.48 acres), Les Hautes Blanches Vignes is 100% Pinot Meunier from vines planted in 1969 with a massale selection that was common at the time. Bright, focused and chiseled, the Hautes Blanches Vignes has a level of energy and tension that is simply unreal. Pure Meunier Champagnes have gained in popularity in recent years, but rarely have I seen this degree of focus and vibrancy. Moreover, I am just blown away by the wine’s textural elegance and persistence. All the elements come together in an extraordinary Champagne that drips with class.

Baron picks around 10-10.5% in potential alcohol, which is pretty middle of the road, not too low, but also not the 11% or so sought by many growers today. The 2014 was fermented in mostly neutral barrels, with one new 600-liter barrel in the mix. Both primary and secondary fermentations were done with indigenous yeasts. Baron likes to stir the lees quite a bit in barrel, which is surprising, as the 2014 is such a chiseled Champagne. To be sure, the Brut Nature style and the decision to bottle on the early side and only in magnum (which is the case for all of these Champagnes) helps retain a great deal of freshness. 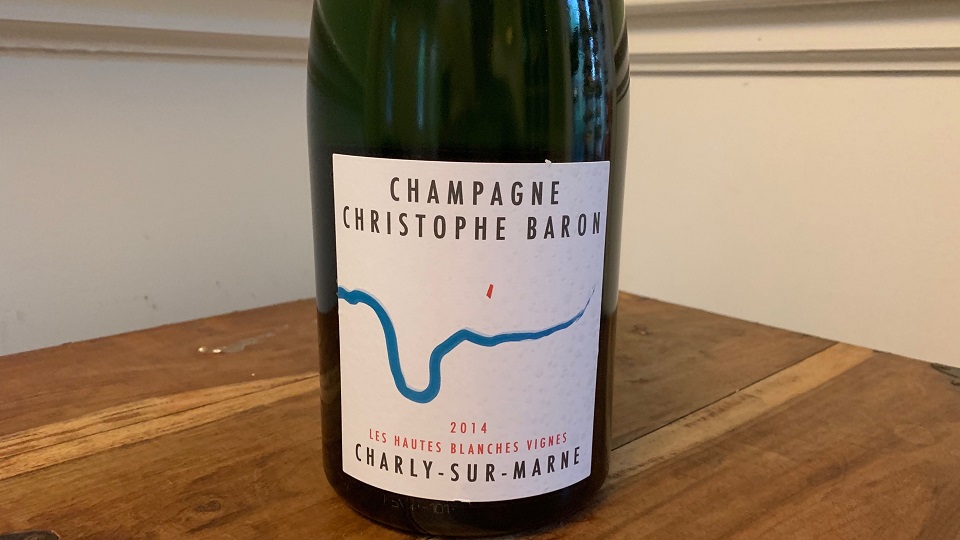 Vinous readers are most likely to recognize Baron for the superb wines he makes at his Cayuse label and sister projects Horsepower Vineyards, No Girls Wine and Hors Catégorie Vineyards, but his family is originally from Champagne, so this project is a homecoming of sorts. “When I was younger, I wanted nothing to do with the family business,” Baron told me recently. “There were just too many cooks in the kitchen. So, in 1996 I left France to start Cayuse in Walla Walla. But as I grew older, the pull of my roots became too strong to resist,” he added.

The Baron family traces their lineage in Champagne back to the 17th century. Christophe Baron’s grandfather, Albert Baron, started the business in its modern-day incarnation. Baron and his wife, Beatrice, had three sons, Gilbert (Christophe’s father), Gervais and Claude, who each owned land and sold fruit to Champagne Baron Albert. As so often happens in family estates, vineyard holdings were further divided with the next generation. Christophe Baron and his sister split their land into the arrangement that exists today. “I wanted the old-vine Meunier, which I think really excels in the Marne Valley,” Baron explained. The 2014 Les Hautes Blanches Vines is the first wine in the range. It will be joined by single-parcel Champagnes from Le Dessus du Bois Marie, Les Alouettes and Les Closeaux in the next few years. If the debut release is any indication, Champagne Christophe Baron has a very bright future. The 2014 Les Hautes Blanches Vignes is off the charts great. Don’t miss it! 96/Drink: 2020-2030.