The Jura is both underground and hip at the moment. By that I mean its top producers are the stuff of sommeliers’ dreams, attracting a loyal, niche following of wine-lovers, without translating into huge sales or mainstream acceptance. That is partly because many of the wines can be divisive, wines you either love or hate, an acquired taste for uncompromising and often unique wines that can be difficult to understand. But unquestionably at their peak, Jura produces astonishing long-lived wines and some growers are becoming darlings of the secondary market with prices to match. 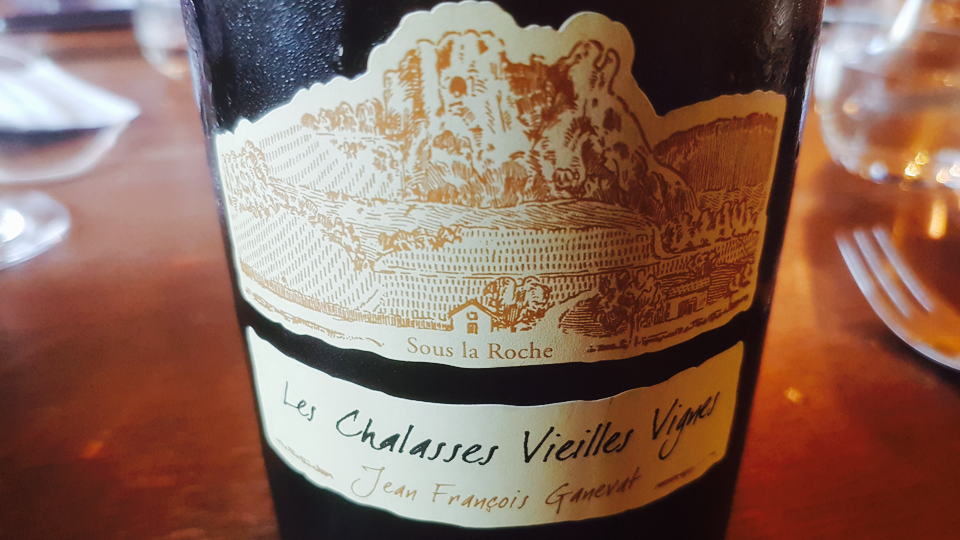 My first night in Chablis this year meant that I had to check out Au Fil du Zinc to assess any changes, since it parted ways with its founder. I will write that up in a separate Vinous Table. But I want to extract one of the wines enjoyed that evening, if only to shed a bit of light on the Jura and one of its leading producers, Jean-François Ganevat. Based in the village of La Combe, the Ganevat family traces their winemaking heritage back to the 17th century. Jean-François, or ‘Fanfan’ as he is known, worked in Burgundy before returning to the domaine in 1998, subsequently converting his vineyards to biodynamics, applying both minimal SO2 and extended lees ageing across a dizzying multitude of white and red cuvées. The 2015 Côtes de Jura Les Chalasses Veilles Vignes comes from a parcel of Chardonnay planted in 1902 on grey marl soils. It sees a shorter élevage than his other cuvées, but still spends a respectable 3 years in wood. Glistening straw in hue, it has a striking nose, the key being an oxidative bent that does not occlude other aromas: hazelnut, damp straw, Clementine and autumn bonfire, all beautifully defined and intense. The palate continues the discrete oxidative theme, nutty and smoky, fresh as a daisy with a killer line of acidity. There is intensity here, yet such is the tension and razor-sharp dry finish that you beg for a second sip. This 2015 Les Chalasses is beginning to show what it is capable of and yet it is only on its first chapter, ergo whilst you could drink this now, personally, I would be inclined to cellar for 20 years. 94/Drink 2020-2040.