It was a pleasure to take a break during a period of alternating between Bordeaux and Burgundy and attend a tasting of one of my favorite Rioja producers: Marqués de Riscal. When I visited the winery several years ago, it was not just Frank Gehry’s startling architecture that stuck in my mind, but also the showing of ancient vintages that I tasted both there and at a dinner at Christie’s around the same time. On this more recent occasion, four wines were shown in London, presented by renowned author Andrew Caillard MW and winemaker Luis Hurtado de Amézega. 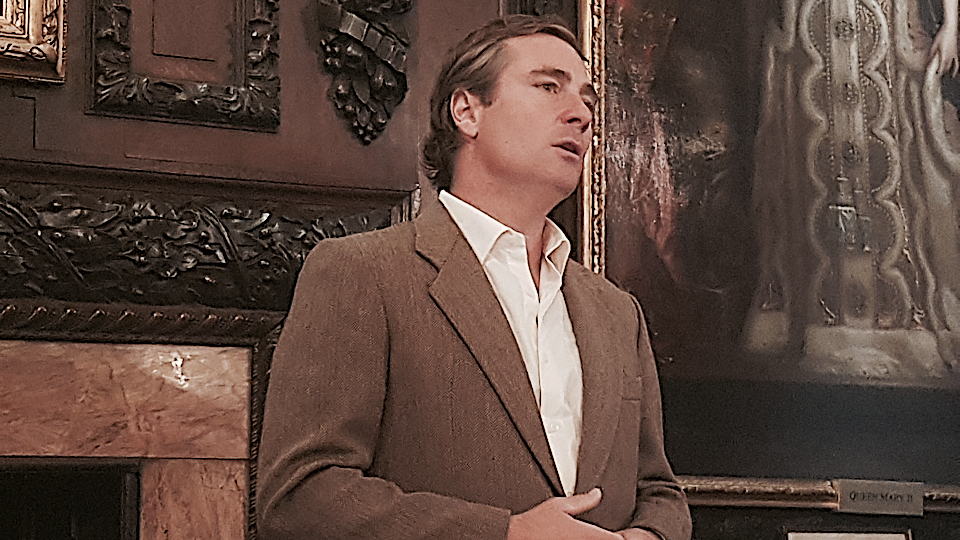 Winemaker Luis Hurtado de Amézega, whose family has made the wines at Riscal for generations.

The product of a hot June and August but a cool July, the 1952 Rioja Gran Reserva is a blend of 60% Tempranillo and 40% Cabernet Sauvignon aged in American oak for 50 months. It has a deep mahogany color with a thin tawny rim. The bouquet is not the most intense I have encountered from an aged Riscal, but it is certainly well defined and fresh, offering scents of mulberry, leather and antique bureau, reminiscent of a timeworn Médoc. The palate is medium-bodied and maybe a little dry on the entry. Faded rustic red fruit ebbs away with aeration, leaving a slightly austere Gran Reserva with quite an acidic, brusque finish. This wine is often compared to Left Bank Bordeaux, and the 1952 certainly bears similarities. That said, bottles need to be consumed in the next five or six years. (12.1% alcohol) 89/Drink 2019-2024. The 1964 Rioja Gran Reserva was the last vintage made by Luis Hurtado de Amézega’s grandfather. It is a blend of 75% Tempranillo and 25% Cabernet Sauvignon, aged in American oak for 48 months. This vintage, which I have tasted twice before, is considered to be a benchmark Rioja, perhaps the last bona fide great Riscal Gran Reserva until the late 1980s. It has a darker, more lucid color than the 1952 tasted alongside, and there is more fruit intensity on the nose of blackberry, mulberry, clove, cocoa nibs and thyme, all complex and engaging and nicely defined. The beautiful palate features black cherries, cassis and hints of spice and bay leaf. But what is most arresting is the slightly viscous texture. The 1964 comes across precocious after 55 years, undimmed since I first encountered it a decade ago and still cruising at high altitude. A formidable and quite brilliant Rioja. 95/Drink 2019-2035. The 2012 Rioja Gran Reserva has a refulgent magenta color. Copious blueberry, blackberry and iodine aromas unfurl on the nose, all very intense and, of course, youthful. The palate is medium-bodied with fine-grained, silky-smooth tannins, beautifully enmeshed with black fruit laced with charcoal and tobacco. This is a classically-styled Gran Reserva that still manages to deliver a lot of fruit, though that does not seem obvious due to the fine bead of acidity and the very elegant, balsamic-tinged finish, which will stand this wine in good stead for long-term aging. 94/Drink 2025-2055. The 2015 Rioja Reserva, which comes mainly from Rioja Alavesa, has a tightly wound bouquet of broody black fruit, Cuban cigar and black olive. It is not intense, but it is very elegant. The medium-bodied palate is off-dry, marked by fine acidity and plenty of soy-tinged black fruit. With aeration, it develops more depth and cohesion. A sprinkling of white pepper appears toward a beautifully proportioned finish framed by fine tannins. Superb. 93/Drink 2025-2045. 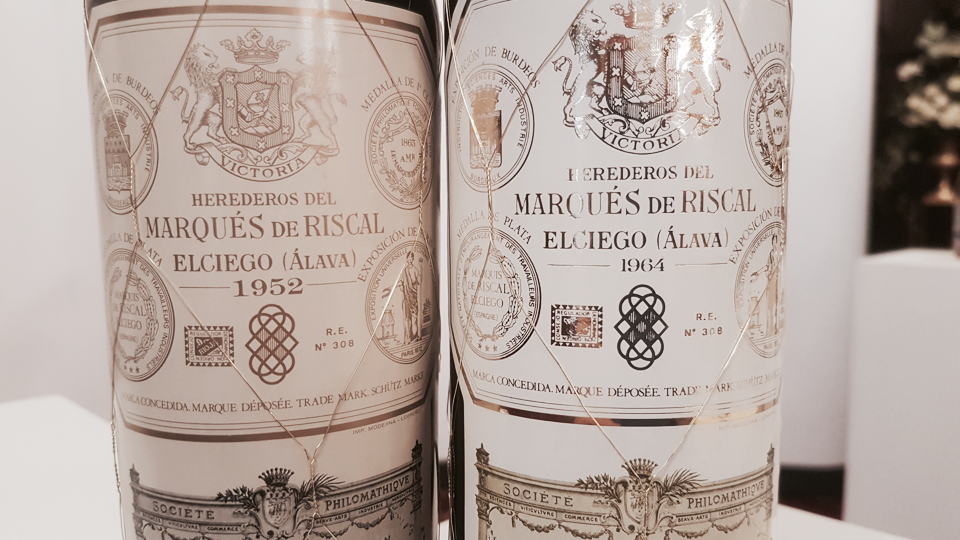 Allow me to add two more notes. The first originates from a Marqués de Riscal dinner held at Christie’s several years ago, and I am compelled to include it after reading Andrew Caillard MW’s recently published book on Marqués de Riscal, which includes tasting notes from a vertical held last year and assigns a desultory single star to the 1900. My own experience was completely different. The 1900 Gran Reserva had lain unmoved in the estate’s cellar since it was first placed there. It comes from pre-phylloxera vines; though the vineyard was mostly replanted from 1898, these vines were located on an isolated, low-yielding, high slope that remained ungrafted until 1904. Since American oak was difficult and expensive to source at the time, it would have been matured in third-, fourth- or fifth-fill barrels for 50 months. This super-centenarian zooms around on silver rollerblades. It is imbued with a constantly evolving bouquet of sous-bois, rose petals and maraschino cherries. Meanwhile, the palate is surfeit with vivacity, boasting wondrous balance and symmetry. Oxidation? After at least an hour, it was still going strong. This is a jaw-dropping Rioja that refuses to acknowledge the passing of time and offers as much pleasure at the dawn of the 21st century as it did at the dawn of the 20th. 98/Drink 2019-2030. Unlike Bordeaux, Rioja did not experience a fecund growing season in 1945. There was significant mildew that year (30% more than average) and consequently much of the crop had to be deselected, leaving surviving bunches to become extremely concentrated. The resulting 1945 Gran Reserva Cuvée R M (Reserve Médoc) consists of 70% Cabernet Sauvignon and shows a pH level between 3.1 and 3.3. It is blessed with an entrancing bouquet of black cherries, cedar, Dorset plum and pine needles, fast developing a quasi-Bordeaux character, similar to an old Pauillac. However, the palate is quintessential Rioja: pliant in structure, offering touches of mulberry, dark chocolate and honey, then a feral, garrigue-like element toward the svelte, harmonious finish. This breathtaking elixir ranks alongside some of the great clarets of the vintage, albeit with more corpulence and exuberance. 98/Drink 2019-2030.