“Would you like to taste some older wines?” Luca Martini di Cigala asks as he starts to open bottles for our recent tasting of new releases. Over the years, I have been fortunate to taste complete verticals of both Percarlo and La Ricolma, along with many other wines at the ten-year mark. But as I have gotten older, I find my interest often turning more towards straight Chianti Classico (also known as Annata) bottlings, because they are less pushed in style than the more important wines and therefore often deliver more transparent expressions of place. Just as importantly, the best of these wines also offer terrific value for consumers seeking affordable reds with at least medium-term cellaring potential. So, I ask to taste older Chianti Classico, expecting an additional bottle or two to show up, but Martini di Cigala has other plans as he rattles off a list of vintages to his assistant, who is quickly dispatched to collect the wines. 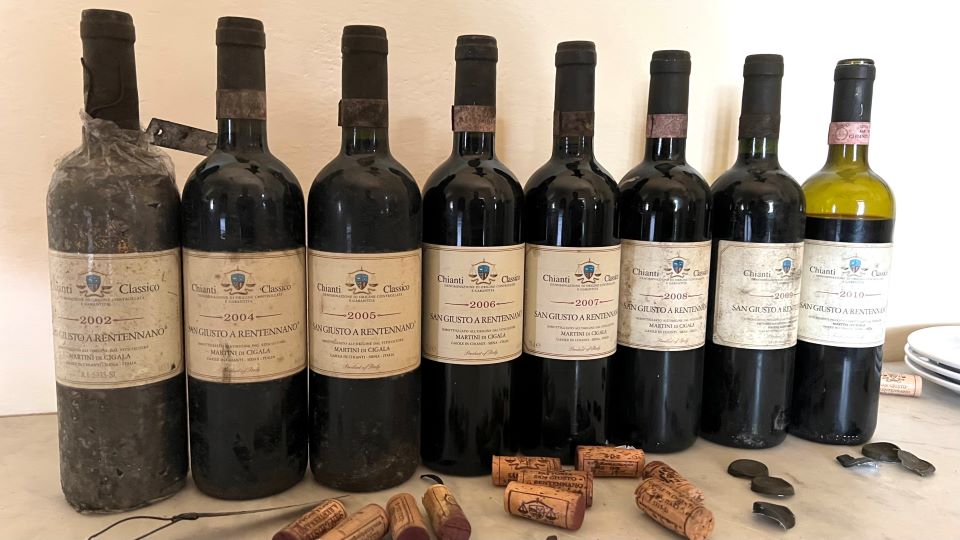 The Chianti Classico is made from a collection of parcels throughout the estate. Aging takes place in 70HL casks and an assortment of smaller 225 and 500HL neutral oak French barrels, with bottling done just prior to the following harvest. One of the recent evolutions has been the inclusion of a small amount (3-5%) of whole clusters in warm vintages, a practice first used in 2011 to help preserve freshness. Stylistically, the San Giusto Chianti Classico is a very typical wine for the southern part of the appellation, which is to say it is a Chianti Classico built on breadth and textural richness.

Having tasted many older wines here over the years, I can’t say I was entirely surprised by how well many of the older vintages showed. At the same time, though, I was reminded that wines from challenging vintages –  those that can seem a bit unruly when first released – often reserve the greatest pleasures in time.

Readers who can put away a few bottles of the San Giusto Chianti Classico have much to look forward to.

The 2002 Chianti Classico is a revelation. At twenty years of age, and in one of the most challenging vintages in recent memory, the 2002 has held up well. It is fully mature, though, so many remaining bottles need to be finished. Hints of worn-in leather, spice and coffee are signatures of a Chianti Classico that has arrived. “Unlike years like 2014, where the weather improved at the end, in 2002 it rained all year,” Luca Martini di Cigala added. 88/Drink 2022-2022.

The 2004 Chianti Classico is a terrific choice for drinking now, as it has plenty of tertiary nuance, but also enough depth and freshness to drink well for another few years. Dark cherry fruit, leather, tobacco, incense and spice are some of the many aromas and flavors that open with a bit of coaxing. “It was a very long growing season,” Luca Martini di Cigala explained. “Rain in August slowed ripening. Harvest did not finish until October 18.” 90/Drink 2022-2024.

The 2005 Chianti Classico is stellar. There is some angularity in the tannins and plenty of acidity, both of which have actually helped the wine age well. Crushed flowers, spice, leather and blood orange linger lending notable complexity. What a wonderful surprise it is. “Two thousand-five looked great until harvest, when we got a ton of rain,” Martini di Cigala told me. 91/Drink 2022-2025.

The 2006 Chianti Classico is a powerful, brooding wine. All of the intensity of the year comes through so strongly. Black cherry, plum, leather, licorice and lavender build into the huge finish. This is such a distinctive wine. “Up until late August, 2006 looked like a late year,” Martini di Cigala explained. “Then we had two weeks of heat in September that was so intense we started to see dehydration on the vine, followed by heavy rains in the middle of the month. 92/Drink 2022-2024. 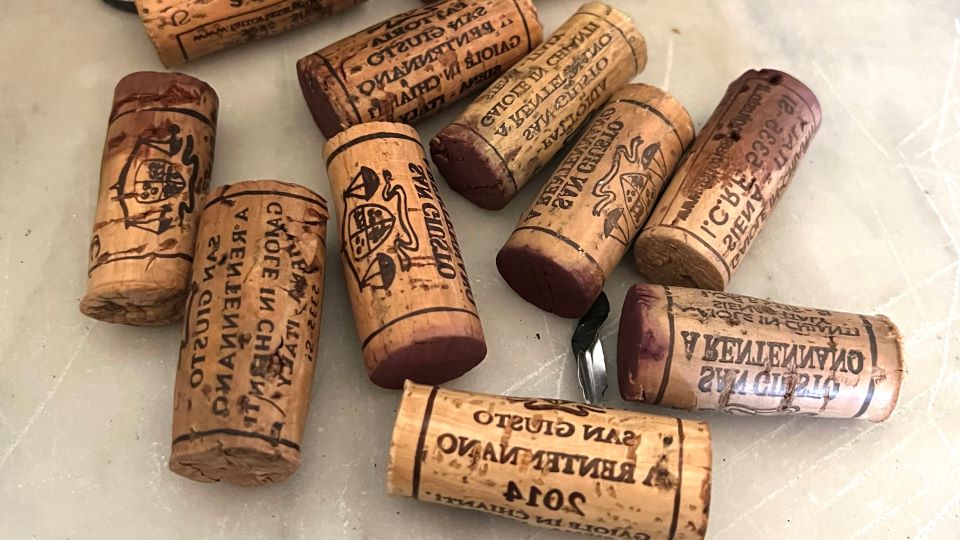 The 2007 Chianti Classico surprises for its freshness. Crushed flowers red berry fruit, blood orange, spice and incense are all nicely woven together in a mid-weight Chianti Classico that overdelivers big time. Heat and drought led to very early bud break and a freakishly precocious start to the year, but conditions moderated later in the season such that harvest was only about a week earlier than normal. 92/Drink 2022-2025.

The 2008 Chianti Classico is another impressive wine in this flight. It offers terrific freshness in the somewhat slender, nervy style of the year. Dark fruit, leather, licorice, tobacco and cloves add to a feeling of darkness. There’s terrific freshness here, not to mention tons of character. The 2008 is showing beautifully today. 91/Drink 2022-2025.

The 2009 Chianti Classico stands out for its aromatic presence. Crushed flowers, sweet dried cherry, spice, tobacco and earthy notes all take shape in glass. Medium in body, with fine balance, the 2009 promising to drink well for at least a few more years. 91/Drink 2022-2025.

The 2010 Chianti Classico is a very good wine, but, surprisingly, it comes across as a bit more forward than some other years. Early signs of tertiary maturity suggest it is best enjoyed sooner rather than later. Ultimately, the 2010 has not developed quite as well as I had hoped. 90/Drink 2022-2025.