Of Springsteen and Steen: A Chat with Leo Steen Hansen

On a recent trip through Northern California, a couple of winemakers excitedly told me about Leo Steen Hansen, who they felt was making some of the best Chenin Blancs in the United States. So I looked up Hansen because I’m always on the lookout for a good Chenin Blanc, a lovely white variety that doesn’t get the credit it deserves stateside.

Hansen and I met up one sunny afternoon in Geyserville, where he makes his wines at a former mushroom growing facility turned custom-crush winery. His brand is eponymously named Leo Steen. Chenin Blanc is referred to as “Steen” in some parts of the world, so naturally I ask Hansen if his love of Chenin Blanc has anything to do with his middle name. “When I was in wine service school in my early twenties, I learned that my middle name, Steen, is a popular nickname for Chenin Blanc, particularly in South Africa. That didn’t really convince me to like Chenin Blanc, because I already loved it. When I came here I realized that in the US it wasn’t really reaching its potential as a wine grape. It was mostly just being used as a work horse to produce high-volume wines.” 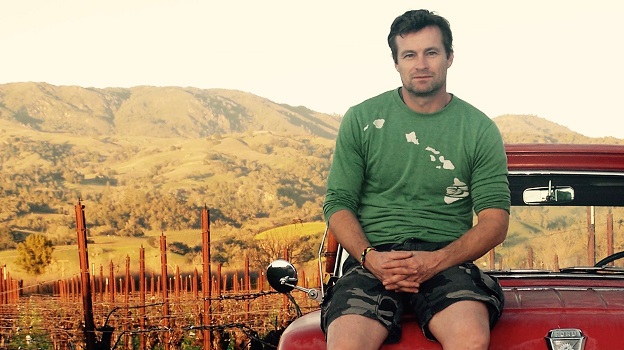 Leo Steen Hansen was born in Taulov, a small Danish town about an hour’s drive north of the German border. Throughout his formative years, Hansen would help his father in the kitchen inside Taulov’s well-known Kry-I-ly Kro Inn. Built in 1610, the inn burned down in 1973, but was soon rebuilt. It was during the ‘70s and ‘80s that Hansen’s father brought acclaim to the Kry-I-ly Kro as their head chef. Though he acquired an appreciation for food and wine culture at the inn, Hansen admits that at that time he was “drinking mostly beer“.

Hansen didn’t grow up wanting to be a winemaker. In the mid-‘90s, though, he was inspired by an article he read about a fellow Dane making wine in Spain. He began to travel extensively throughout Europe – studying, visiting and tasting the wines of Alsace, Burgundy, Champagne, Spain, Italy and the Loire. In 1997, Hansen received his European Sommelier certification. A year later, while traveling through Northern California with a friend, Hansen announced to his travel companion that he would be making wine in America within five years. With no real plan in mind, Hansen still managed to land an internship at Clos du Bois Winery in 1999 (curiously, Clos du Bois Winery is located very near where Hansen’s own winery exists today.) “I really love this part of the world,” he says. “As an outsider, whenever I hear some of these local kids complaining about having grown up here, I think…’they have no idea!’ It’s a wonderful part of the world! Every time I travel somewhere, I always feel more attached to this place when I return.”

Hansen supplemented his wine education and career with successful stints as Sommelier at Healdsburg’s esteemed Dry Creek Kitchen and Cyrus restaurants, “When I worked as a Sommelier at Dry Creek Kitchen and Cyrus in Healdsburg, I was always looking for alternative white wines by-the-glass. I decided I wanted to make a wine alternative to Pinot Gris or Sauvignon Blanc. I was thinking about price point, too, when I decided to make Chenin Blanc.” Hansen’s core Chenin Blanc clocks in at only $18 a bottle – a steal for a beautifully balanced wine with a bracing dose of natural acidity and lovely texture.

I wrongly assumed Hansen was a bit of an overnight success because I had just recently learned about him, but it turns he has quietly been turning out lovely Chenin Blancs for a decade. I ask him if he was afraid to launch his brand with a relatively obscure white wine variety. “Absolutely. I have done this for ten vintages, and it’s been tough. When I first came out with a dry, acidic, food-friendly Chenin Blanc, it didn’t really appeal to a lot of people. In the last five years things have changed. People seem not to mind crazy or obscure varieties. It’s night and day from when I started. Ten years ago, you rarely saw Chenin Blanc in a restaurant in the United States. My wines were well-received, though, here locally from the beginning in Sonoma, Napa and San Francisco.” Aside from these and a few more markets in California, Hansen also sells his wine on-line and wholesale in New York and Denmark. When I ask him how his wines are received in his homeland, he says, “People expect a different style from American wines, something bigger. Generally speaking, they expect oak-driven wines. My style is very different. So my wines took off slowly there, like here, but now they are doing well in Denmark. I’m excited that people seem to be looking for my wines now.” 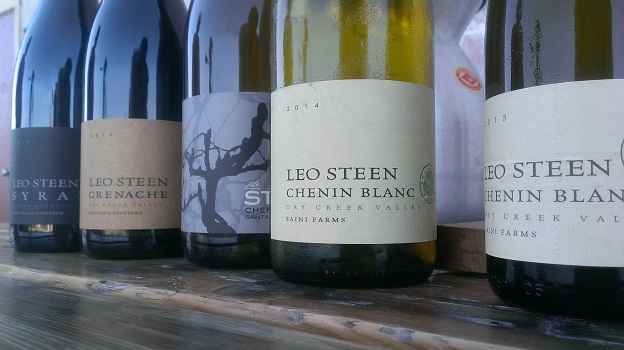 In addition to Chenin Blanc, Hansen also produces a delicate, nuanced Grenache; a cool climate, elegant Syrah; and lean, mineral-ly Chardonnays. He was inspired to work with “more mainstream varieties,” he says, during his day job at Stuhlmuller Vineyards in the Alexander Valley appellation, where he has been winemaker since 2004. “I’m expanding a little and making Chardonnay, too. It’s commercially more viable. It will open some doors for me with my other wines. Lately I’ve been drinking a lot of very good California Chardonnays, especially from the Santa Cruz Mountains and Mendocino,” he says.

Between his day job, the running of his own brand and fatherhood – Hansen has two small boys, ages 3 and 6 – I wonder what he likes to do during his spare time. Hansen says he hasn’t had much spare time since his early 20s, as he’s been working hard ever since. But when he does have some time to himself, he enjoys road biking. “In Denmark, I did soccer or rugby, but here I enjoy riding bikes because it’s something I can do with friends or on my own. I like to think about the soils here when I’m riding, and the landscape, and how it changes as I ride closer to the ocean.”

I find myself constantly asking people for good television show recommendations, so I ask Hansen if he has any shows he enjoys watching these days. He informs me he hasn’t had a television set since the mid-‘90s. “I can’t stand commercials.” He does, however, love to go to the cinema. A recent favorite: the movie “Spotlight.” And Hansen loves listening to Bruce Springsteen, “especially in the cellar. I love to listen to U2 or Springsteen. Just the other day, ‘Glory Days’ came on. What a great song. I love that kind of music when I’m working.” 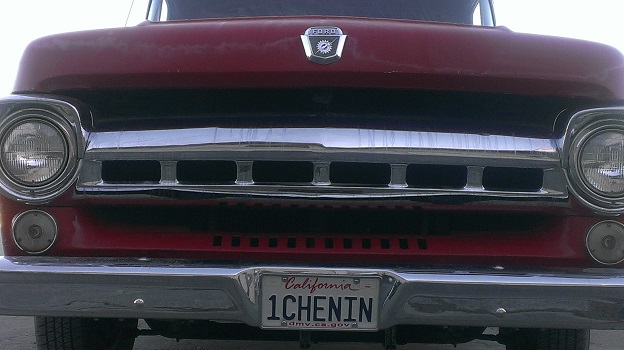 As our time together starts to wind down, I return to my Chenin Blanc, now warming slightly and offering up an effulgence of bright, fresh aromatics – faint star jasmine just after a rain. It’s getting late and I’m getting hungry, so I ask Hansen what food he recommends pairing with Chenin Blanc. “If it’s a young and fresh Chenin Blanc, it can be paired with a simple, summery, green pineapple & basil leaf skewer. A year or two older, it will pair nicely with a classic goat cheese salad or various seafood salads. Or chicken with a cream sauce and sea parsley.”

Earlier in the day, I asked Hansen what wines he was first drawn to when he came to the United States. “I liked Caymus Special Selection and Diamond Creek. I was proud to pour those wines in restaurants, and I still think those are respectable producers. I was much more into New World-style wines. I thought that bigger fruit was very interesting. Now I’ve seen how, over the years, my palate has changed a lot. It’s interesting how, as a human, you develop and change. So does your palate and your idea of what a good glass of wine is.”

Diversity is the Fabric: A Chat with Winemaker Enrico Maria Bertoz

Ka-Ching: Filling up at The Station: A Chat with Jenna Congdon

Standing in the Uplight: A Conversation with Winemaker Chris Bratcher of Bratcher Vineyards

Through the Fire: Sitting Down with Manfred & Elaine Krankl

In the Kind of World Where We Belong: Drake Whitcraft

Eugene Lee: It’s His Home for the Holidays