At its best, Brunello di Montalcino is one of the world’s great wines. Like Pinot Noir and Nebbiolo, Sangiovese can communicate an extraordinary amount of detail about site and vintage, all in a variety of styles.  These are some of the themes I sought to explore in a tasting of 2006 Brunellos I led at the Food & Wine Classic in Aspen earlier this summer. 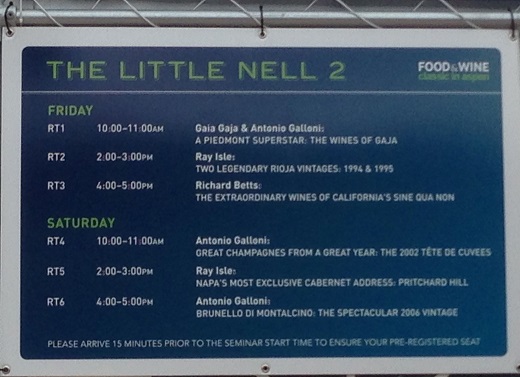 For the occasion I selected ten of my favorite 2006 Brunellos, spanning a broad range of styles and price points. In a number of cases I opted for the regular (non-Riserva) bottlings, even though many of these producers in this tasting made Riservas in 2006 because I wanted to show that consumers don’t need to spend a lot of money to drink great Brunello. I also chose to avoid the standard lightest-to-richest ordering of wines that is so conventional in tastings like this.  I often hear the urban myth that concentrated wines overpower delicate wines in tastings, which I think is a whole lot of nonsense, but I wanted to prove it.

I am deeply indebted to a team of all-star sommeliers for putting up with my obsessive requests on serving the wines, but their hard work paid off in a dazzling tasting with so many highlights it is impossible to know where to start. I was thrilled all the wines showed so beautifully, and so was the audience. Overall, while some of the 2006s can be enjoyed now, most of the wines are built for cellaring. 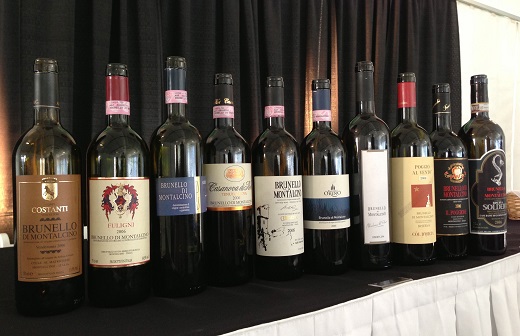 We started with two exceptional Brunellos from the northern section of Montalcino, where the wines are usually a bit more finessed than they are in the south. I was a bit surprised to see these Brunellos showing so well considering how young they are, but expect both to age gracefully for years. Costanti’s 2006 Brunello di Montalcino was simply fabulous. One of the more refined Brunellos in this tasting, the 2006 was gracious, silky and polished from the very first taste. What a great start to the tasting. The 2006 Brunello di Montalcino from Fuligni was a littler juicier, richer and rounder than the Costanti. Few producers do a better job of bridging modern and traditional styles than Fuligni. What a beautiful wine.

Giancarlo Pacenti’s 2006 Brunello di Montalcino impressed for its balance, harmony and sense of proportion. The combination of fruit from Montalcino’s northern and southern districts yields a Brunello of incomparable finesse. A slight bit of dryness from the oak was a distraction. The 2006 Casanova di Neri Brunello di Montalcino Tenuta Nuova, with its warm, resonant fruit, was a crowd favorite. And no wonder. It was dark, beautiful and highly suggestive of the southern reaches of Montalcino, where the climate and vegetation show distinctly Mediterranean influences.

The 2006 Cerbaiona Brunello di Montalicino was the most impressive wine of the day. It was fabulous when it was first opened, and it stayed that way over the course of several hours. Layer after layer of flavor blossomed in a Brunello of true pedigree and class. The 2006 remains one of the greatest wines ever made by Diego and Nora Molinari. I only wish I owned more of it. In a word: stunning. Pian dell’Orino’s 2006 Brunello di Montalcino was another towering wine. Though not quite as overt and powerful as the Cerbaoina, it too, was remarkably polished and sophisticated. Pian dell’Orino remains one of the most overlooked estates in Montalcino, but the wines rarely fail to deliver the goods.

Valdicava’s 2006 Brunello di Montalcino Riserva Madonna del Piano was another wine that appealed to the audience. And how could it not? A rich, dark, powerful wine, the 2006 showed all of its depth and pure muscle in a stunning display of class. It was utterly magnificent. The same can be said about Col d’Orcia’s 2006 Brunello di Montalcino Riserva Poggio al Vento. Col d’Orcia places a little more emphasis on structure than Valdicava, so I was surprised by how well the 2006 showed, considering it hasn’t even been released yet.

Il Poggione’s 2006 Brunello di Montalcino was another stunner. The Fransceschi family and long-time winemaker Fabrizio Bindocci and his son Alessandro do such a fabulous job with these wines. Yes, the Riserva is also terrific, but on this day the straight 2006 Brunello dazzled. Layered, rich and explosive, the 2006 conquered all of the senses with its marvelous depth and pure power. Readers lucky enough to own the 2006 probably want to cellar the wine for at least a few years. This was a fabulous showing.

Delicate wines can’t be fully appreciated after powerful wines, right? There was not a single person in the sold-out audience who did not get or understand Gianfranco Soldera’s 2006 Brunello di Montalcino Riserva. Even after huge wines like the Casanova di Neri and Valdicava, the Soldera was drop-dead gorgeous. The delicate, finessed side of Sangiovese came through in the expressive, floral-infused fruit. The 2006 has always been approachable post-bottling, but should also enjoy a long life, even if it isn’t one of the most structured Riservas Soldera has made. 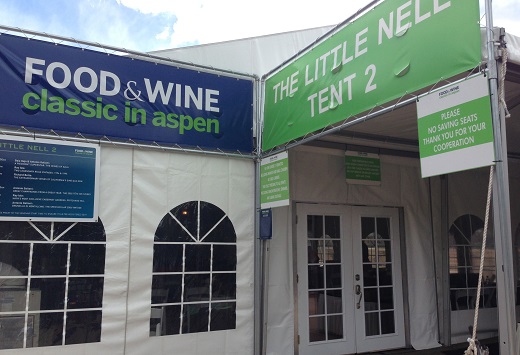