Recent vintages from this Margaux estate have shown much improvement under proprietor Edouard Miailhe. I also happen to have a growing appreciation for older vintages, thanks to two comprehensive verticals undertaken in recent years. Last December, Miailhe invited me to the estate to taste a rare bottle of 1921 Siran. It’s a rarely seen vintage, though one not unlike recent growing seasons marked by hot and dry summers. The appellation of Margaux itself suffered hail damage in late June that year. The resulting wines were seen as “big and brawny” but perhaps that stood them in good stead for long-term ageing, as proven by this bottle. 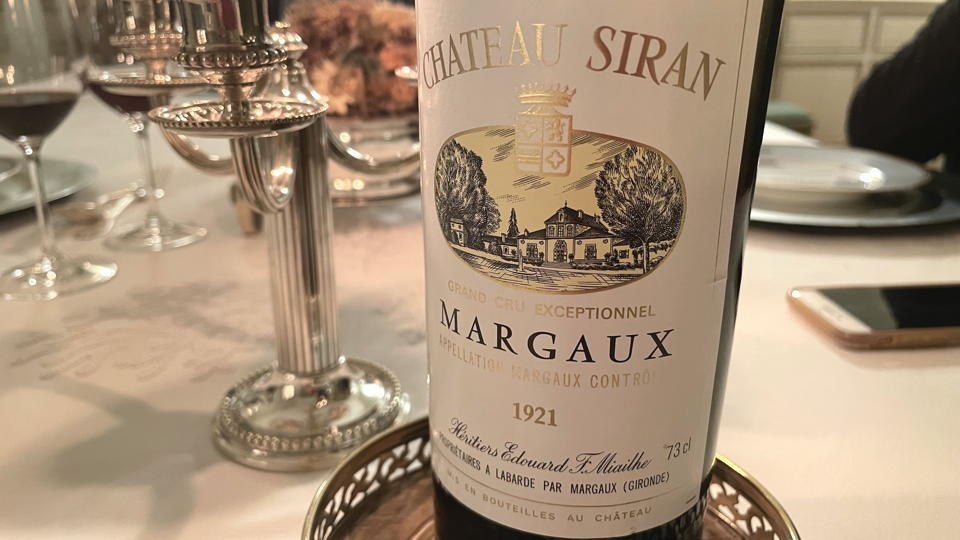 Noticeably deep in colour, the 2021 Siran is no frail Claret enjoying its dotage. Initially, I notice a touch of chlorine, though this soon ebbs away. There are vestiges of dark berry fruit on the nose, scents of mint and sandalwood, mahogany furniture and dried pressed flowers. Even over a few of hours there is very little decay. The palate is concentrated with what must have once been robust tannins, layers of melted black fruit laced with freshly-rolled tobacco, rosemary and clove. This centurion’s vigour is quite remarkable vis-à-vis similar aged Bordeaux wines that I have tasted, akin to an aged Shire horse still full of power. Magnificent. 94/Drink 2022-2032.