It is almost unimaginable to think that once upon a time, Domaine de la Romanée-Conti struggled to make ends meet. Against the backdrop of the Great Depression of the 1930s, the Burgundy market languished in the doldrums. Vineyard land and wine prices slumped; nobody was spared. The de Villaine family had to subsidize the running of the domaine with proceeds from their farm in Moulin-sur-Alliers, and in 1942 Jacques Chambon sold his 50% share to a négociant in Auxey-Duresses, Henry Leroy, in order to stay on a sound financial footing. In the pre-war years, the domaine used merchants in Beaune to help distribute their wine, the best-known being Domaine Drouhin. In 1928, Maurice Drouhin was appointed Domaine de la Romanée-Conti’s exclusive distributor in France and Belgium. (The remnants of the Drouhin family’s reserve led to the Sotheby’s auction in 2018 where two bottles of fabled 1945 Romanée-Conti hit the headlines.) But they were not the only distributor. Until 1935, the Beaune négociant Moingeon also handled part of the distribution. There are no details of how much they received and bottles are hardly ever seen, plus it is difficult to find much information about Moingeon, since they ceased trading around the late 1950s. 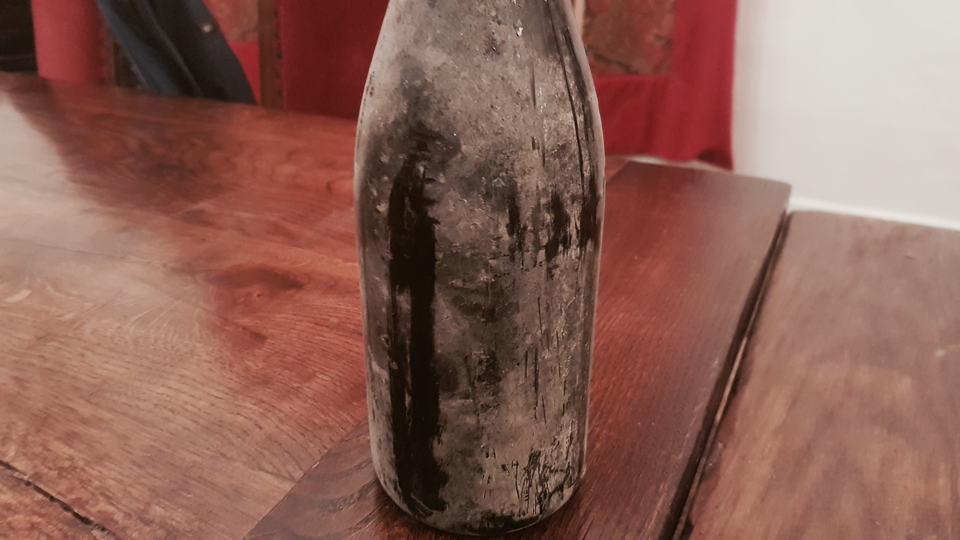 Last November I met with a couple of friends and Burgundy mavens with the sole intention of tasting one of the last bottles from the Moingeon family cellar. The rather shabby-looking bottle was bereft of a label and covered in a thin film of dust, and there was no branding on the cork. Our generous host, a well respected and experienced auctioneer, explained that it was part of a sale and that he kept one bottle himself to share; a memento, perhaps. It came from a bin of 1937 La Tâche whose bottles had never moved since release, so we deduced that it must surely be the same. It has a healthy color with bricking on the rim commensurate with such antiquity. The bouquet is not immediate but teasingly unfurls with vestiges of red fruit, wilted rose petal, bergamot tea, loam and wild mint. I notice faint rosewater aromas with aeration. The palate is not complex but certainly well balanced, and it actually coalesces with aeration. There is a lovely piquancy and gentle grip, the acidity carrying the wine and lending freshness that compensates for the lack of body on the finish. While it is not the greatest Burgundy I have encountered from the 1930s, it was a sublime expression of Pinot Noir and, I am convinced, like everyone else present, a sublime expression of La Tâche. 94/Drink 2020-2025.