My previous Cellar Favorite was the 1961 Latour-à-Pomerol. This follow-up was born in the same year, but is perhaps even more outrageous: the 1961 Romanée-Conti. (I will endeavor to contribute something more down to earth next time, though no guarantees.) I rarely encounter mature bottles of the most deified Burgundy on the planet. It took 15 years as a professional before I could claim to have imbibed Romanée-Conti that was not either prenatal in barrel or just bottled. This bottle of 1961 was actually a contribution to La Paulée from Aubert de Villaine himself, hence no number on the label. Of course, the vintage is more famous in Bordeaux, while in Burgundy 1962 has a higher reputation. That said, my experience of 1961s from the Côte d’Or has been generally very positive, including a 1961 Savigny-lès-Beaune tasted but 12 hours earlier. Domaine de la Romanée-Conti was owned by Pauline and Lalou Bize-Leroy (25% each) and the other half by Aubert’s father, Henri de Villaine, when this wine was created, whilst the great André Noblet was weaving his magic in the cellar.

How did it taste?

Well, such wines are difficult to encapsulate in words. In my experience, mature bottles from Domaine de la Romanée-Conti are rarely if ever, powerful or forceful. Like many wines its age, the 1961 is pale in color, with only slight ageing on the rim. The bouquet unfolds gradually with bewitching red berry fruit, rose petals and hints of blood orange, a purity that is almost impossible to comprehend. The palate is perfectly balanced, and tiptoes on a pin’s head. Little in terms of grip, its weightlessness is paradoxical to its presence – something common in many of the great Burgundies I have tasted. “Transparency,” a word that is often used is certainly applicable here. No, the 1961 is not perfect. It is not pixelated and there is an almost bucolic element towards the finish, while the tannins are just a little bit firm. But undeniably, the 1961 is so beguiling that you wonder what rarefied height the 1962 achieves. I hope to find out one day! 97/Drink 2018-2030. 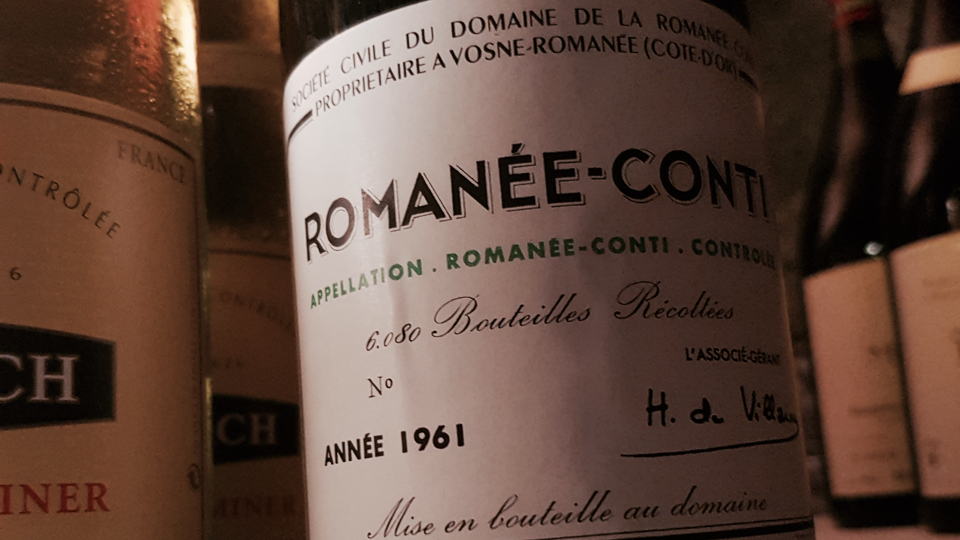