Nineteen sixty-one is inextricably linked with Bordeaux, not Vintage Port, whose annus mirabilis came in 1963. Both 1963 and the less heralded 1960 saw General Declarations that leave the intervening years open to interpretation as blank spaces, suggesting that 1961 and 1962 were poor growing seasons. In truth, they simply did not quite come up to scratch, notwithstanding that Port Houses have long been averse to successive declarations.

After half-a-century, Taylor’s have just released a 1961 Very Old Single Harvest Port. The 1961 growing season was no write off. According to Taylor’s own records, flowering was affected by an inclement May, especially in the Upper Douro while July was beset by localized mildew and hail. Véraison was early on 23 June and September saw high temperatures, the harvest kicking off in earnest from 10 September. Yields were low, but high in sugar. If Port Houses had not declared 1960, I hazard a guess that they might have done so in 1961 since it was already six years since the last back in 1955. Taylor’s did release a 1961 Quinta de Vargellas. The rest of the reserves matured in pipes at their lodge in Vila Nova de Gaia, a majority used for Tawny Port with a few choice pipes left alone to mature. It is from here that this limited release of just 2,900 bottles originates. 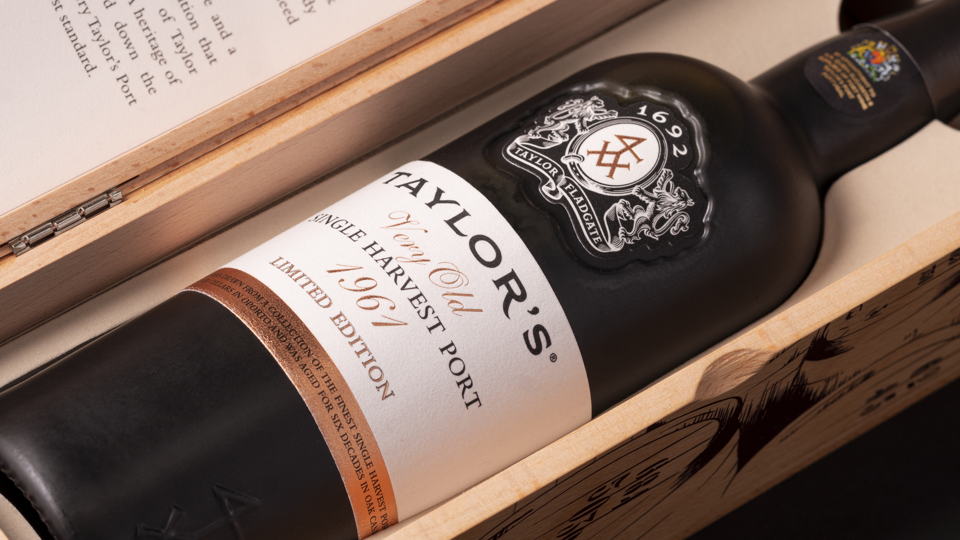 Lucid gold on its rim, the 1961 has an intense bouquet that delivers a cornucopia of scents: clove, furniture polish, fig jam, molasses, strawberry and touches of Indian spice. There is a little volatility that merely imparts feistiness. The palate is sweet and viscous on the entry, with honey, vanilla pod, cinnamon and white pepper, later roasted chestnut and tangy orange rind, Chinese 5-spice and Seville orange marmalade. I appreciate the persistency of this Port that packs quite a punch and conveys a sense of joie-de-vivre. No further cellaring necessary. 94/Drink 2021-2031.