Before I started scribbling words about wine writing, I worked for a Japanese import company that acted as agents for a dozen or so producers. One of those was Château de Pommard and so naturally I was in regular contact with its erstwhile proprietor, Jean-Louis Laplanche. He was an academic, authoring a dozen influential books on Freudian psychoanalysis, though I fondly remember him for his shaggy cardigans that looked as if they had been bought at a jumble sale circa 1949. He was a lovely man, self-effacing about his erudition. One time, I carted my friends down for the 1998 harvest, where we helped pick grapes for approximately five minutes. Laplanche sadly passed away in 2012. By then he had sold his estate, and it was spruced up. It now belongs to the Carabello-Baum family who divided this impressive clos into separate cuvées that are sold, atypically for Burgundy, with slick marketing pizzazz, a long way from my hazy memories of Mon. Laplanche doddering around his vines. The wines of Laplanche’s era are not particularly esteemed. Despite the grand château building and fancy champagne-shaped bottle, the terroir cannot move from its location on the flat section of the Côte d’Or and it has always felt it had a higher station than a modest Village Cru. 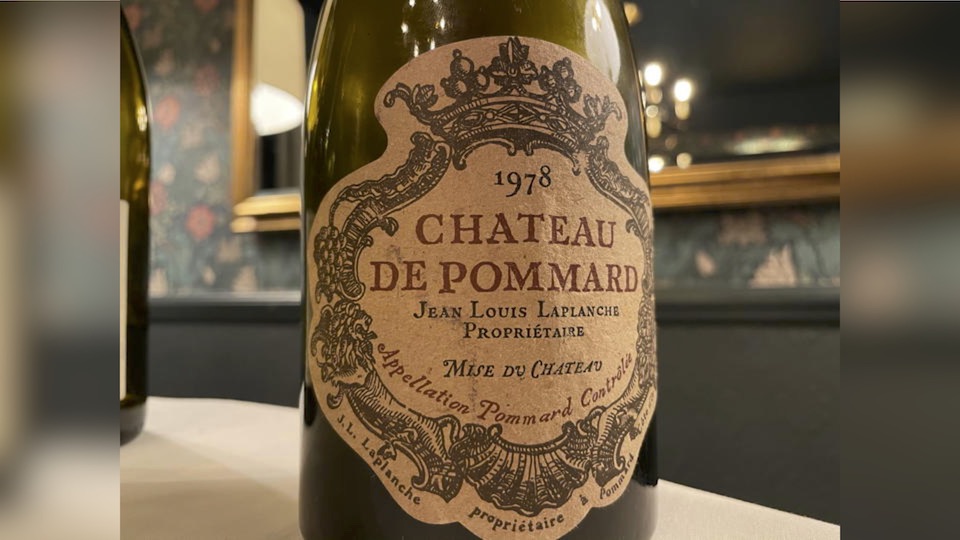 I had tasted a couple of ancient vintages like 1971 and 1980 – decent but rustic fare. Therefore, I was more surprised than anyone when a bottle of 1978 Château de Pommard, served blind at a mature Burgundy dinner held at the Soho Noble Rot, left me smitten. Fragrant and lively on the nose, it offered gentle red cherry and strawberry scents, sous-bois and tomato vine, quite Gevrey in style. The palate was beautifully balanced, not powerful but fresh with fine-grain tannins and a little piquancy on the Morello cherry finish. I was delighted when its identity was unveiled. Santé Mon. Laplanche, merci pour la belle surprise. 92/Drink 2021-2030.