Bordeaux’s Saint-Julien appellation delivers some of the region’s most balanced wines, neatly combining the gracefulness of the best from Margaux with the power of the top wines from Pauillac. Château Gruaud-Larose is an esteemed and always reliable deuxième cru classé that is fairly priced by Bordeaux’s standards and that rarely disappoints, although some bottles from the 1980s were marred by tough tannins and gamey, funky or down right barnyardy aromas. The château was founded in 1757 by Monsieur Gruaud, who combined the three properties of Tenac, Sartaignac and Dumarle to form Gruaud (or Gruau, as it was occasionally written back then). The name changed to Gruaud Larose when in 1778 the estate became the property of Joseph-Sébastien, Monsieur de Larose and Lieutenant-General of the Sénéchaussée of Guyenne (and at the time also owner of Château Larose-Trintaudon). 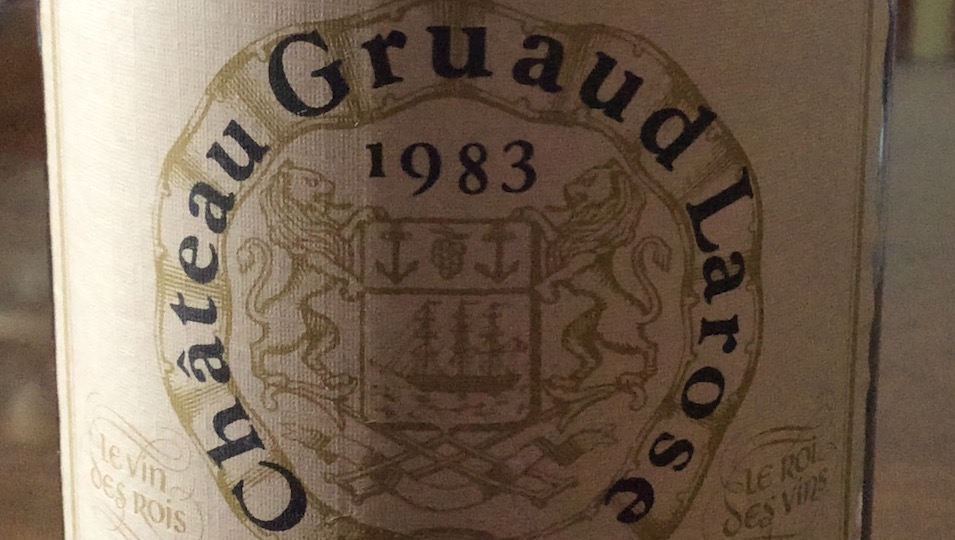 The 1983 Château Gruaud-Larose is a blend of 64% Cabernet Sauvignon, 29% Merlot, 4% Cabernet Franc and 3% Petit Verdot. The color is bright medium red with an amber edge; the nose is archetypal mature Gruaud-Larose showcasing aromas of truffle, smoked beef, earth and cedar. The 1983 is still fresh and juicy on the palate, with delicate red cherry, spicecake and orange rind flavors. Aging gracefully, and devoid of any gamey notes, it’s a perfect companion to a good book and a fireplace on a cold winter’s night. 90/Drinking window: 2017-2022