You cannot get more “trad claret” that the 1986 Grand-Puy-Lacoste. From a Pauillac that takes time to reach its drinking plateau and a notorious vintage hellbent on testing the most patient Bordeaux-lover, after 35-years, it is finally waking up the idea that its raison d’être is to give us pleasure. This bottle was poured by the Emeline Borie when I visited the estate last June. It is a vintage that I have tasted three or four times previously, though not for five years. Many prefer to serve the ’82 at the moment, and Vinous readers will see a review of that from both bottle and magnum in the future, as well as a vertical of other vintages. This ’86 showed better than the example I drank five years earlier. Showing little signs of ageing, the nose is quintessential Pauillac with predominantly black fruit, cassis, mint and graphite. The palate is well-balanced, grippy and with a firm backbone, impressive in terms of weight and density. Cedar and tobacco infuse the black fruit and linger on its sapid finish. Whilst it just lacks the élan of the ’82 or perhaps the ’90, this Grand Puy Lacoste is now drinking well, though it deserves a 90-minute decant. 93/Drink 2022-2042. 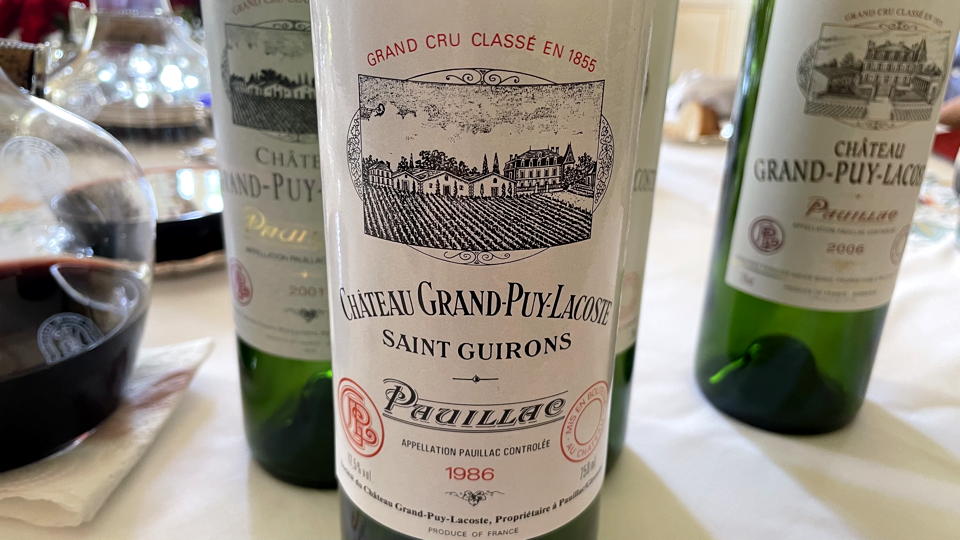