It is still one of the greatest tastings I have ever done. One chilly, late fall afternoon about a dozen years ago, Angelo and Gaia Gaja opened all of their 1989s and 1990s for an article I was working on, Piedmont’s Glorious 1989 and 1990 Vintages Revisited. The scents from those bottles soared throughout the room like voices in a cathedral. It was almost overwhelming. This bottle of the 1989 Barbaresco, tasted recently at the winery, brought back so many vivid memories of that unforgettable afternoon. 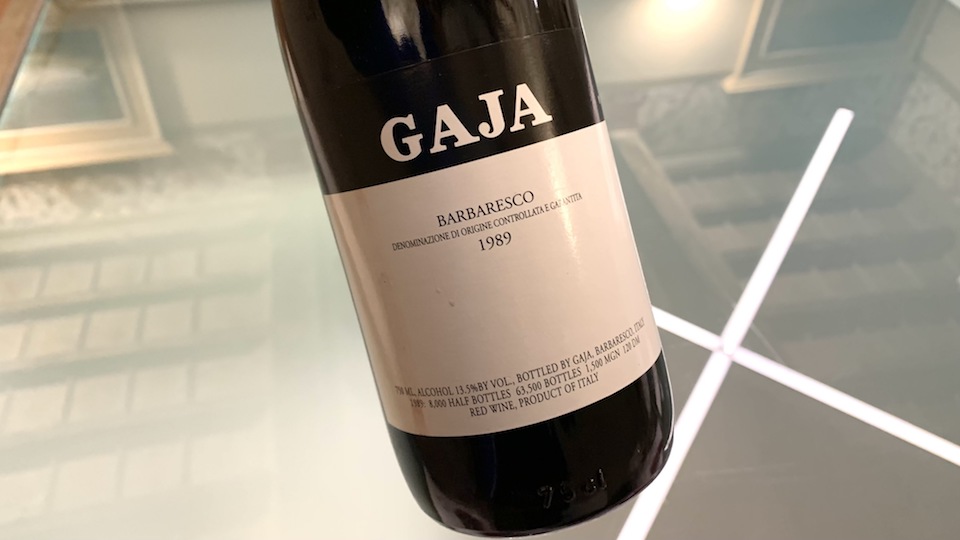 More than a decade has passed since then. The 1989 Barbaresco is now in a slightly different phase of its life. It still has plenty of that exotic sweetness that is a signature of the very best 1989s, but a bit less overall intensity. Silky and perfumed, with mid-weight structure and exceptional balance, the 1989 is wonderfully finessed in every way. The style is less modern than the wines of the 1990s, but racier than the wines of the late 1970s and early 1980s. My only regret is not having been able to spend more time with the bottle. As always, the Gaja Barbaresco is a blend from numerous plots, many of them among the finest sites in the entire appellation. The 1989 won’t last forever. I would prefer to drink any remaining bottles over the next five years or so. There is an excellent chance the 1989 will last well beyond that, but I don’t see it improving. 94/Drink 2021-2026.