One of the less discovered joys of Burgundy is mature Chablis. Apart from Raveneau and Vincent Dauvissat, a lot of Chablis, even up to its highest echelons, is consumed in its youth. So, during my week touring the region I asked producers if they would not mind cracking open a bottle of their choosing. Domaine Laroche’s technical director Grégory Viennois had been stocktaking with his cellarmaster on the morning of my visit and opened four Chablis of around 30-years old. This was the pick of the bunch, while the others will appear in my “Mature Burgundy” report. 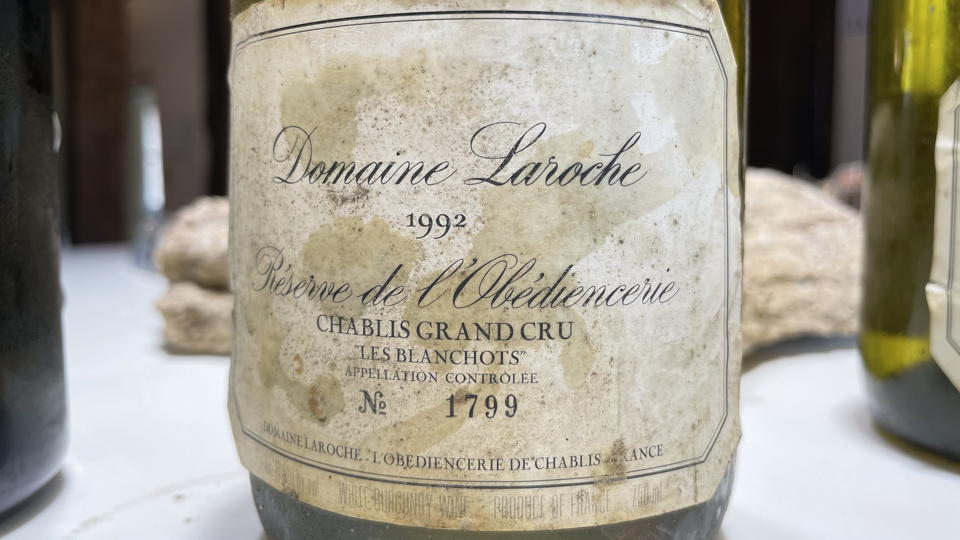 The 1992 Chablis Les Blanchots La Réserve de l’Obédiencerie Grand Cru was one of only two bottles remaining at the estate. It is named after the 9th century monastery where monks, the Canons of Saint Martin, first made wine that serves as the Laroche headquartes today. This cuvée comprises a selection of the ripest fruit from Blanchots. The 1992, the second release, has matured much better than the debut. Surprisingly pale and limpid in colour, the palate is wonderful: hints of Devonshire fudge mixed with acacia honey, freshly washed white linen and pressed white flower scents. The aromatics remain remarkably fresh, Riesling-like scents emerging with time and offering a resinous tang. The palate has a waxy texture with the fine bead of acidity common in many 1992s. In terms of flavour, there are traces of stem ginger and frangipane; artichoke, seemingly a common trait in mature Chablis, furnishing the finish. This is simply a splendid almost 30-year-old Chablis that is going strong today. 93/Drink 2021-2033.