Henry of Pelham Family Estate Winery in Canada’s Ontario province takes its name from Henry (Smith) of Pelham, an early settler in Upper Canada's Niagara Peninsula. Smith built an inn, tavern and tollbooth along a trail known as Pelham Road and applied for his liquor license by signing his name as ­­­­"Henry of Pelham”. Apparently, he also attempted to make wine from local native Canadian grape varieties. 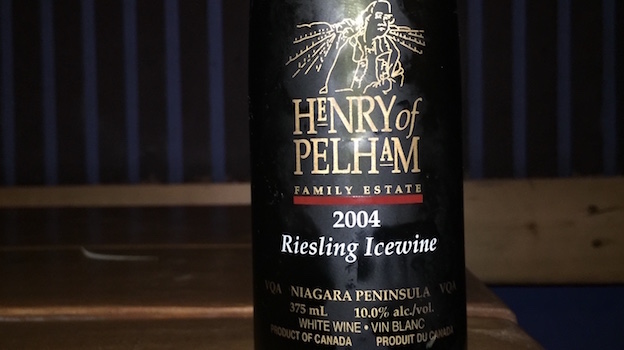 Modern winemaking at the property began in 1988, when the estate officially produced its first wines both from vinifera and hybrid varieties. Since then, Henry of Pelham has made a bevy of standout wines, none better than their remarkable Riesling Icewines. Close your eyes, and you’d swear you were drinking an Eiswein from the Mosel (not always the case with Ontario Icewines) such is the racy, dainty and perfumed nature of the Icewines made by this estate. The 2004 Henry of Pelham Riesling Icewine is now a collector’s item, and you can only hope to find it in well-stocked restaurants. Amber-gold in color, it offers concentrated aromas and flavors of peach, chestnut honey, crystallized ginger, raisin, and cinnamon, all lifted by a lime nuance. Now slipping past its optimal drinking period, the 2004 is still a lovely wine with plenty to offer. More importantly, it shows that Ontario Icewines can age longer than most people think, though any bottles of the 2004 still lying in cellars are probably best drunk up soon for maximum enjoyment. 91 Drinking Window: 2016-2016.