This Cellar Favorite is probably not going to be Bernard Arnault’s favorite. The owner of LVMH might have more money than a small equatorial country, but the one thing he cannot buy is monopole status for Clos des Lambrays. That is because the Taupenot family of Domaine Taupenot-Merme owns a tiny 420-square-meter parcel of it. They dug up a vegetable patch in 1974 and planted vines, thereby guaranteeing that they would be a thorn in the side of Domaine des Lambrays for years to come. The appellation was promoted to Grand Cru in 1981 and Taupenot-Merme duly produced a handful of bottles of their debut Clos des Lambrays. Not surprisingly, ever since Domaine des Lambrays became part of the LVMH empire, solicitations have been constantly made to the Taupenot family to relinquish their holding, but to no avail. Taupenot-Merme only ever makes around half a barrel (approximately 180 liters) of Clos des Lambrays, and given the minuscule quantity, I assumed that they used whole bunches in order to boost volume; however, Romain Taupenot told me that the fruit is de-stemmed. 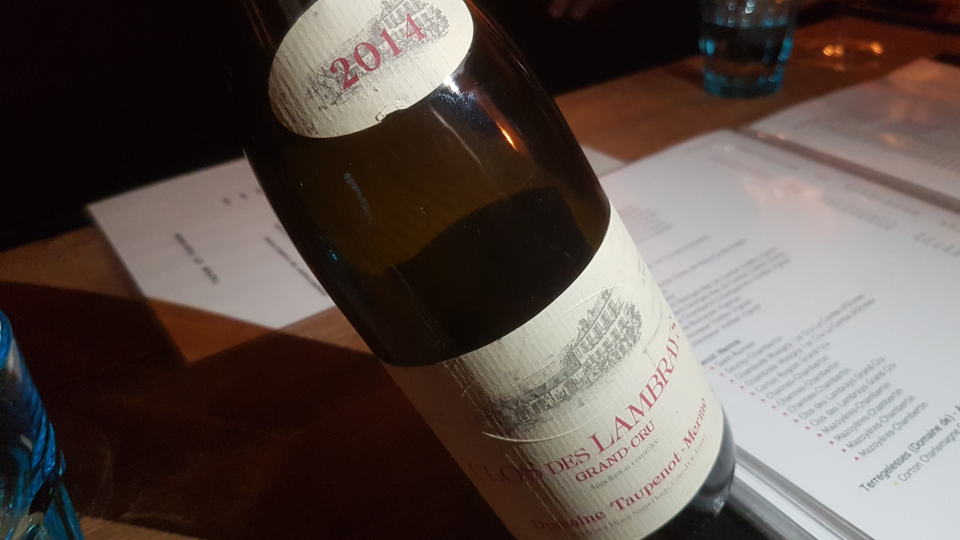 I had tasted many vintages from barrel but never the finished article until a friend from the Far East invited me to choose any bottle from the enormous wine list at Maison de Colombier in Beaune. I knew instantly which one I wanted: the 2014 Clos des Lambrays from Taupenot-Merme. And it had only taken me 20 years! The bottled wine actually mirrors my recollections from barrel, presenting an open-knit, tertiary, cranberry- and raspberry-scented bouquet with plenty of damp undergrowth and autumn leaves. The palate feels slightly raw on the entry; in keeping with many 2014 reds, it is a little lean in style, built around a taut thread of acidity and sporting plenty of sour cherry and bell pepper notes toward the crunchy finish. This is not a cerebral wine, and I suspect the Taupenots have made superior Clos des Lambrays. But it constitutes an enjoyable Grand Cru destined to remain perpetually elusive...unless you happen to be dining at Maison de Colombier. 92/Drink 2021-2033.