2019 Minimalist Wines Stars In The Dark

“It smells and tastes of the sea,” my wife remarks after handing her a glass of wine, completely blind. She had no clue that the Syrah vines that contributed fruit to the 2019 Stars In The Dark are rooted on the wild and windswept Agulhas coast at the very southern tip of the African continent. That’s translating terroir straight into a glass of wine in all its unfettered glory.

Let me state for the record, apropos South Africa, this sophomore release made the biggest impression upon my palate since tasting Alheit’s maiden Cartology or the first vintage of Eben Sadie’s Old Vine Series. If this is a portent of what we can expect from winemaker Sam Lambson, then he will have to get accustomed to adulation and demand outstripping supply. Just 23 years old (in fact Lambson celebrated his 21st birthday by bottling his first vintage) Lambson studied oenology at the University of Stellenbosch before internships with Lukas Van Loggerenberg, Chris Alheit and Carl van der Merwe. By his own admission, what turns him on this cool-climate Syrah, and as the name of his brand suggests, is minimal winemaker intervention. 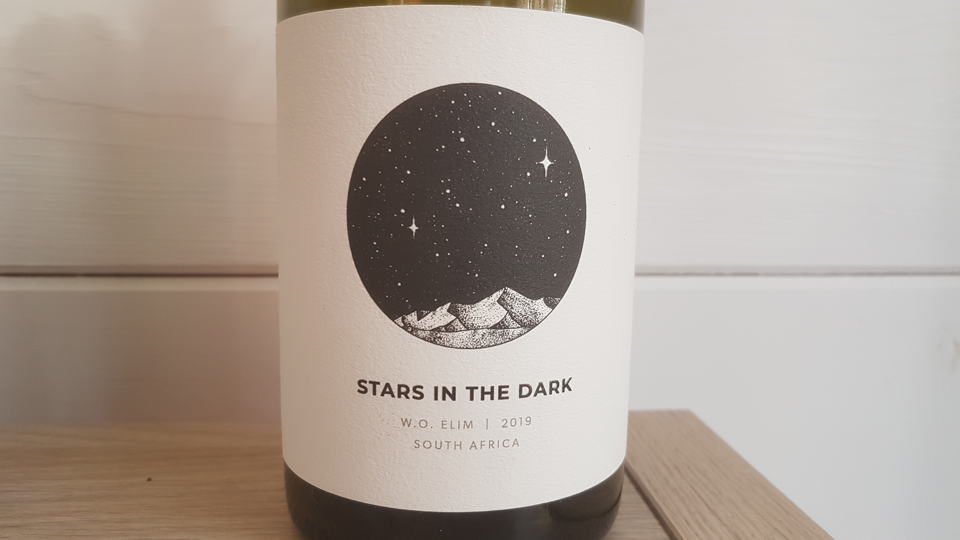 Grown on shallow shale and koffieklip soils, Lambson included 100% stems in the blend, though they are barely noticeable as they are so seamlessly assimilated. The wine is then matured in 300 and 400-litre seasoned French oak barrels. It is blessed with a compelling, quite ethereal bouquet that does not burst from the glass, rather it reels you in with pure scents of blackberry, freshly cracked black pepper, pressed iris petals and a touch of rooibos. The 2019 takes around 30 minutes for the marine element to surface, hints of Japanese seaweed join the chorus line, getting more intense on day two. Frankly, I have encountered few South Africa wines with such delineation. The palate is medium-bodied with fine grain tannins and a silky smooth texture. Utterly seductive from the start, it combines freshness and harmony to world-class degree. That underlying salinity becomes more prominent towards the finish that is a doppelgänger for Côte-Rôtie. Its black pepper theme lingers on the aftertaste. Re-tasting the bottle after 24 hours, there is absolutely no sign of degradation and it simply reconfirms the outstanding calibre of this sensational wine. Providing you can resist temptation, you could cellar this for at least a decade and claim that you were there (almost) from the beginning. 97/Drink 2022-2036.