Bollinger fans will want to be sure to check out these new releases. I was quite taken with the Champagnes I tasted recently with General Manager Charles-Armand de Belenet and Deputy Cellar Master Denis Bunner.

This year sees the release of the 2014 La Grande Année and Grande Année Rosé. As I have written previously, 2014 is a vintage that elicited a pretty lukewarm reaction when I tasted the vins clairs in March 2015, but that is now viewed much more favorably. “The year started with a pretty warm winter,” Bunner explained. “We had heavy rain in both May and June. The summer months were quite cool. Then, from about mid-August on, we had dry and stable weather. It was a slow-ripening year. Harvest started on September 15, about a week later than normal. Quite unusually, Pinot Noir and Chardonnay ripened at about the same time, which resulted in a very compressed harvest that took just nine days as opposed to a few weeks.”

As always, the wines at Bollinger were all vinified in barrel. This is the first year in which the wines were inoculated for malolactic fermentation immediately following the alcoholic fermentation, which results in less handling in the cellar and means the wines were racked only once prior to bottling. I am not sure exactly how that translates into the finished wines, but the 2014s are undoubtedly brilliant. 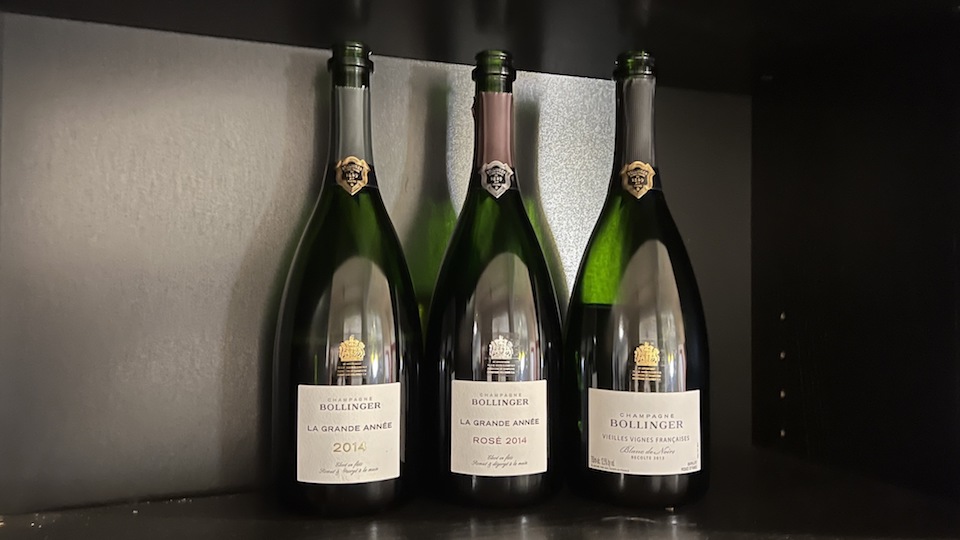 The 2014 La Grande Année is stunning. In fact, it is one of the best recent editions I can remember tasting. What comes through most is the wine’s sizzling energy and tension, qualities that aren’t often associated with Bollinger, where the Champagnes tend to show more breadth and volume. In 2014, readers will find a Grande Année built on linear intensity and drive.

The 2014 is a blend taken from 19 villages, 61% Pinot Noir and 39% Chardonnay instead of the more typical 70/30 mix. For the second time in two decades (the first was 2007), Verzenay takes the lead in the Pinots over Aÿ, more or less an inverse from the norm. Verzenay, a north-facing village in the Montagne de Reims that saw less rain than Aÿ and most of the Vallée de la Marne, yields Pinots of energy more than volume. That, married with Chardonnays mostly from the Côtes des Blancs (predominantly Chouilly, Vertus, Oiry and Cramant), results in a truly magical Grande Année that will delight Champagne fans for several decades. I can’t recommend the 2014 highly enough. It’s a total knock-out. Disgorged: April, 2021. Dosage: 8 grams per liter. 98/Drink: 2024-2044.

The 2014 La Grande Année Rosé is airy, gracious and full of energy. Crushed rocks, white pepper, red berry, mint and blood orange lend striking aromatic intensity and presence. Finely cut and taut, the Rosé is a nervy Champagne that needs time to come together. The Rosé is blended from a base of the Blanc plus 5% still red Pinot from Bollinger’s Coteaux des Enfants vineyard in Aÿ. Perhaps because of its later disgorgement vis-à-vis the Blanc, the Rosé is a bit tight today. Disgorged: August, 2021. Dosage: 8 grams per liter. 97/Drink: 2024-2039. 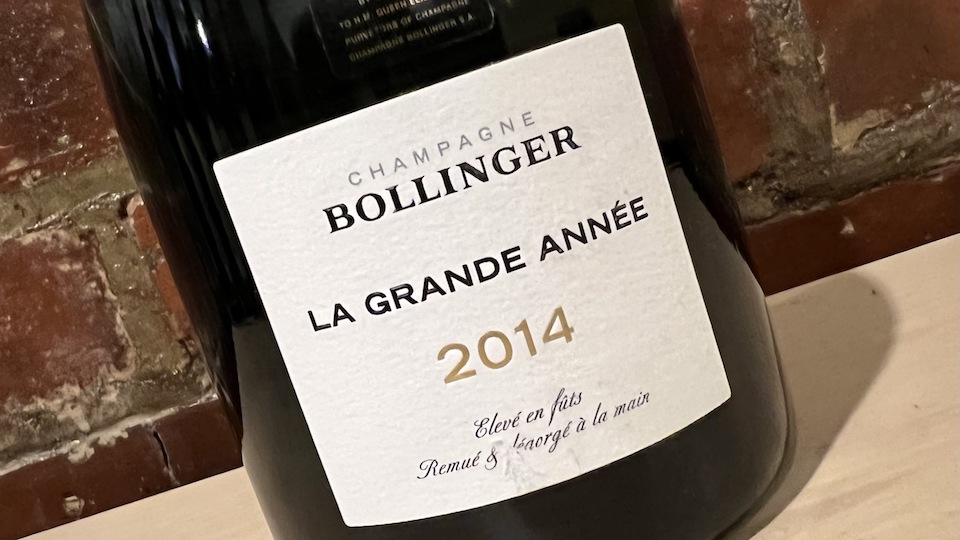 The 2013 Vieilles Vignes Francaises is a powerhouse. Deep in color, the 2013 is rich and ample in feel. Apricot, spice, orange jam, cedar, dried herbs, ginger, honey and leather all meld together in a VVF that is decidedly opulent and vinous, despite the cool season and harvest that took place on September 27, late by present-day standards. Sadly, production has decreased steadily since 2008. Accumulated drought has been a challenge. Those conditions are, of course, amplified by the walls of the clos in these two parcels and the naturally warm climate of Aÿ. I find the 2013 decidedly exotic and a bit on the heavy side. Those lucky enough to own it will experience one of the most distinctive wines in all of Champagne. Production was less than 1,000 bottles. 95/Drink: 2022-2038.