Piedmont: Beyond the Usual Suspects

With its plethora of appellations and indigenous grape varieties, Piedmont is one of the most intriguing regions in Italy. The range and diversity of wines is just breathtaking. Although Barolo and Barbaresco continue to command quite a bit of attention, the reality is most of us can’t afford to drink Barolo or Barbaresco every day. I certainly can’t. But Piedmont has much to offer beyond those famous areas, including so many wines that deliver superb quality for the money. Readers will find plenty of gorgeous, affordable wines in this report.

As the world grapples with COVID-19, we are faced with a new set of realities every day. This crisis is forcing us to slow down and perhaps be a bit more introspective than in the past. To maybe re-think priorities and relationships. In wine, it is easy to get caught up with the latest great vintage or hottest producer. Fine. But there is something – a lot, actually – to be said for wines that are simpler, for lack of a better word, and also accessible economically. Bottles that can be opened without a ton of fanfare, and just enjoyed for the sheer pleasure they provide. This is also the first article we have published on Italian wine since COVID-19 became a pandemic. Our thoughts are with everyone in Italy and around the world during this very challenging period.

It’s an interesting time. Piedmont has never seen so much wealth. The most coveted wines fetch increasingly stratospheric prices. Planted acreage of Nebbiolo for Barolo and Barbaresco continues to creep up as landowners and growers seek to capitalize on these trends. Once a highly diversified, multi-crop region, Piedmont, especially the Langhe, has become a mono-culture area dominated by wine and Nebbiolo. The same thing happened in Napa Valley, where Cabernet Sauvignon displaced a range of other varieties that were once widely planted. The economics of the wine business can be vicious. 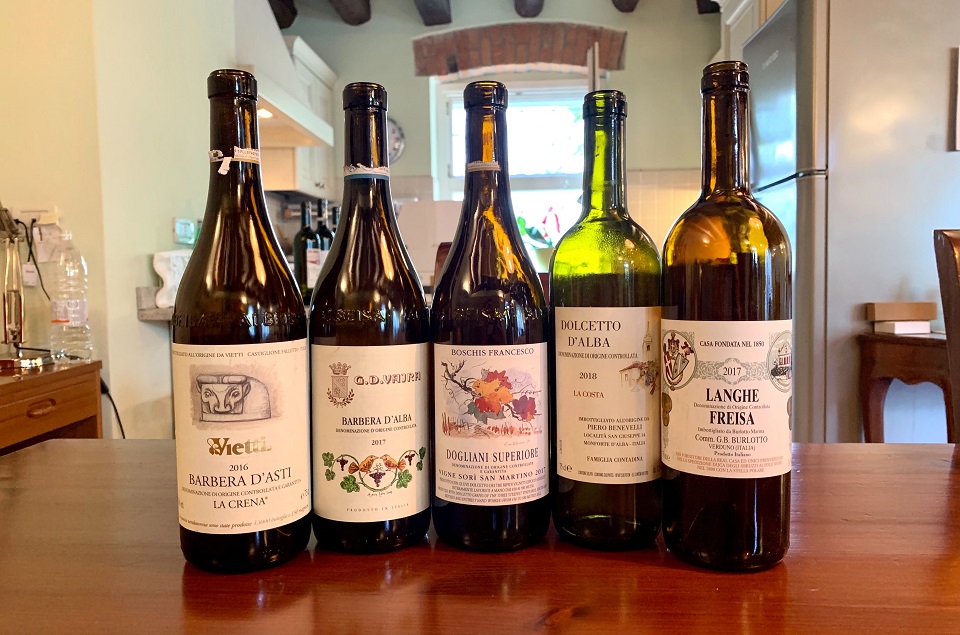 A collection of wines from some of Piedmont’s most prestigious estates.

Dolcetto, in every appellation, remains a very hard sell. For some reason, these wines really struggle finding traction in the marketplace. As a result, there is a trend for growers to rip out Dolcetto and replant with Nebbiolo. Readers will find this hard to believe, but in the 1950s, there was no difference in land price between a hectare of vineyards in the Langhe planted to Dolcetto and a hectare planted to Nebbiolo for Barolo. I remember Maria Teresa Mascarello telling me her father traded a hectare of his Dolcetto for another grower’s same-size parcel of Nebbiolo, on even terms. It seems that grower wanted his two Dolcetto parcels to be contiguous for ease of work, so Mascarello made what ended up being a tremendous deal.

Barbera faces a similarly uncertain future, but for very different reasons. Esca, a fungal grapevine trunk disease, has been especially devastating for Barbera. In the past, the cold winter months would kill the fungus, but today, generally warmer winters have allowed Esca to flourish. This, too, has led to replanting with Nebbiolo.

Nebbiolo can be found in many guises. The trend among entry-level wines found in the Langhe Nebbiolo and Nebbiolo d’Alba appellations favors short fermentations and brief aging, done with the goal of emphasizing freshness and fruit. These wines are delicious every-day drinkers and also a terrific introduction for readers who want to explore a house style or vintage without spending larger sums.

Beyond the big three, Freisa, Brachetto, Grignolino, Ruché, Pelverga, Arneis, Timorasso and Moscato are some of the other indigenous varieties that will give readers plenty to explore. 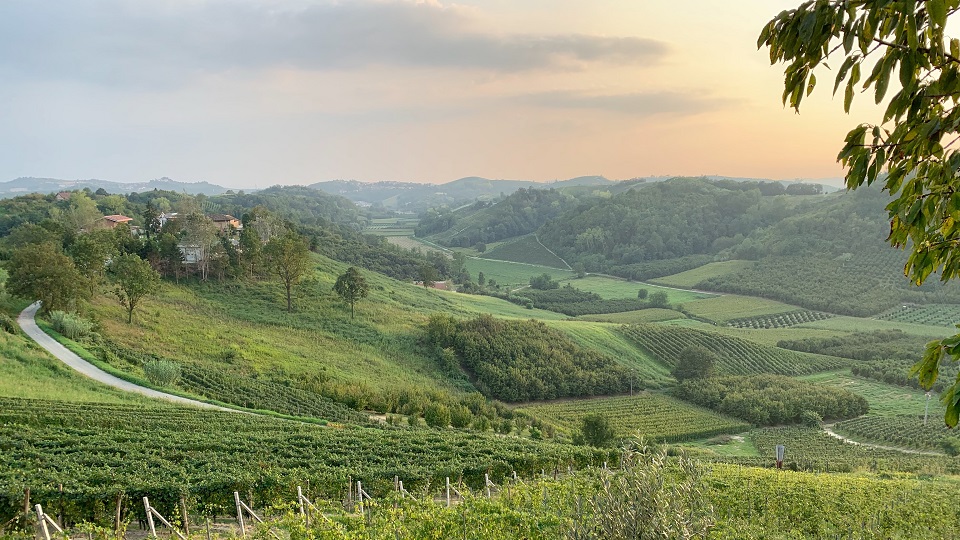 A stunning summer sunset amid the vineyards of Priocca in Piedmont’s Roero district.

This article is basically composed of four sets of reviews:

1) Langhe – The best entry-level wines from estates in Barolo and Barbaresco. Think of these whites and reds as the equivalent of Burgundy’s ‘Bourgogne’. Most of the wines are quite affordable, but, as always, bottles from the very top estates command a premium. As much as I would like to taste every Dolcetto, Barbera and Langhe Nebbiolo out there, that is just not possible. The Barbaresco and Barolo estates featured in this article represent, in my view, the best of the best, because they satisfy one very important criteria: their entry-level offerings are every bit as compelling as their higher-end wines.

2) Roero – This small appellation across the Tanaro River from Barbaresco excels with both whites and reds. Arneis is a delightful fruity white to drink young. Barbera here can be fresh and vinous, but there are plenty of Barberas that offer serious depth, structure and personality. Nebbiolo here is bottled under the Roero appellation. Although Roero is still finding its identity as a place and wine, I see quite a bit of improvement. In fact, I was quite impressed with what I tasted.

3) Asti – On my first trip to Piedmont, a family vacation with my parents in 1997, we were served an older Barbera d’Asti at one of the region’s top restaurants. That bottle made me understand the potential of Barbera in Asti, where the wines can be notably rich, powerful and quite deep. With bottle age, the best examples acquire striking aromatic nuance that adds a further dimension to the fruit and Barbera’s characteristic bright acids. These are fabulous wines for the dinner table.

4) Dogliani – Dolcetto is the star of this small appellation. Dolcetto here tends to be naturally powerful. In the past, the trend was to make super-rich, heady wines that were perhaps a bit much, but things seem to be coming back a bit. The finest wines can age nicely for a number of years.

Two-thousand eighteen was a topsy-turvy vintage for Piedmont. Rain and hail were an issue in Barbaresco, for example. So far, I have only tasted the Dolcettos extensively from 2018. The wines are consistently on the lighter side of the spectrum. They almost remind me of wines from twenty years ago. In 2017, conditions were warm and very dry, although diurnal shifts did appear at the tail of the harvest, which is unusual in hot years. It is a superb vintage for Barbera, which really does well in years like this. To be sure, the 2017 Barberas are rich, heady wines. The best examples are simply fabulous.

I tasted all of the wines in this article between August and December 2019, with a few additional tastings in our New York offices.