Piedmont Report: Checking in on the 2001 Baroli

I first reviewed the 2001 Baroli in my journal, Piedmont Report in late 2006. The 2001s have always held special meaning on a personal level because it was one of the first vintages I followed literally from the time the fruit was picked until the wines went into bottle. It was illuminating to go back to the 2001s and see how things were shaping up. I tasted most of these wines during a trip to Piedmont in November 2011, and followed up with subsequent tastings from my cellar in New York.

Overall, I am quite pleased with the way the 2001s are developing. Of course there are surprises, both positive and negative. But one thing that can be stated unequivocally is that the wines are maturing evenly and with a sense of proportion, something that was not at all the case when I tasted through the 2000s a year before.

From the outset, it was clear 2001 was a vintage of medium-weight Baroli, and that is certainly the case today. Although the 2001s are aging well, this is not a vintage of heroic, epic wines that are going to last 50 years. Readers who appreciate very long-lived Baroli will have to look to vintages such as 1996 and 1999 for that style of wine. Speaking of 1999, which I consider one of the most underrated Barolo vintages ever, in 2006 I wrote: “Compared to the larger-scaled 1999s, the 2001s feature finer and more elegant tannins. They are wines of greater finesse and today my impression is that they will reach maturity sooner than the 1999s.” I feel the same way today. While the 2001s may not be the most long-lived of Baroli in broad terms, I did run into quite a few wines that are completely shut down right now. It is always difficult to assess vintages, but I did sense a number of wines are going through a period of stubborness, which is not at all out of character for Nebbiolo. On a parallel note, I recently tasted a number of 1997 Baroli that were absolutely singing, and 1997 was a very hot year where the concern was ageability! My notes and drinking windows should be taken as a guide, but as always the best palate is yours. My own view is increasingly to focus on producer over vintage. 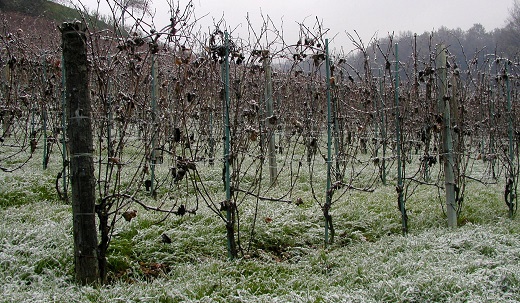 The Problem With Cork

I would be remiss if I didn’t address cork. At virtually every estate I visited I ran into wines with slight cork defects. In many cases the flaws were small, but I have known these wines intimately since they were born, and honestly my expectation is that bottles be fully representative. It is hard to know the exact percentage of flawed bottles I encountered, as wines were opened and decanted ahead of time at a number of estates. Suffice it to say the overall percentage of cork taint I ran into was in the high single digits, which is to say far, far greater than is acceptable.