With Neal Martin recovering from heart surgery, I decided to pinch hit in Chablis for Vinous. I found a lot to like in the 2018s and 2017s, wines from two very different vintages. The 2018s are open-knit and fleshy, while the 2017s are built along much more classic lines. I also came across a number of new and/or newly revitalized domaines making truly noteworthy wines, something that doesn't happen every day in Chablis. All of that made for a fascinating week of tastings for this article. 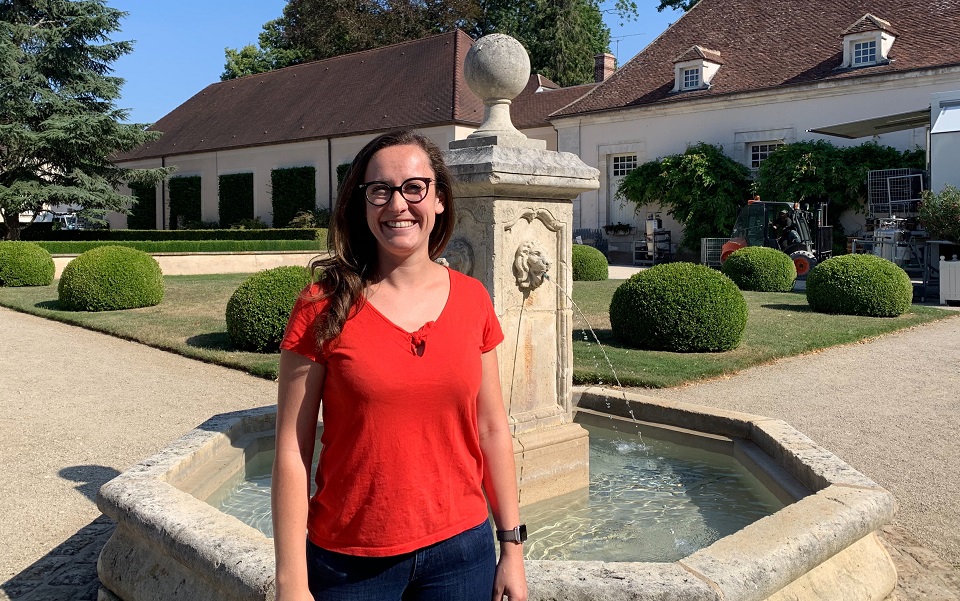 I started covering Chablis when I was at The Wine Advocate and then continued in the early days here at Vinous, before handing off coverage to Steve Tanzer and then Neal. I continued to visit Chablis in the intervening years, but more for my own personal interest. This was my first immersive trip since 2015. It was the first time I had approached a region with both a certain amount of experience, but also some distance. That time away allowed me to return to Chablis with a fresh perspective that was so different from anything I had ever experienced that it made me think maybe it is something we should do from time to time in other regions. When I look back at 2019, the week I spent in Chablis was one of the most enjoyable stretch of days of the entire year. So, let’s move on to 2018 and 2017, two very different vintages. 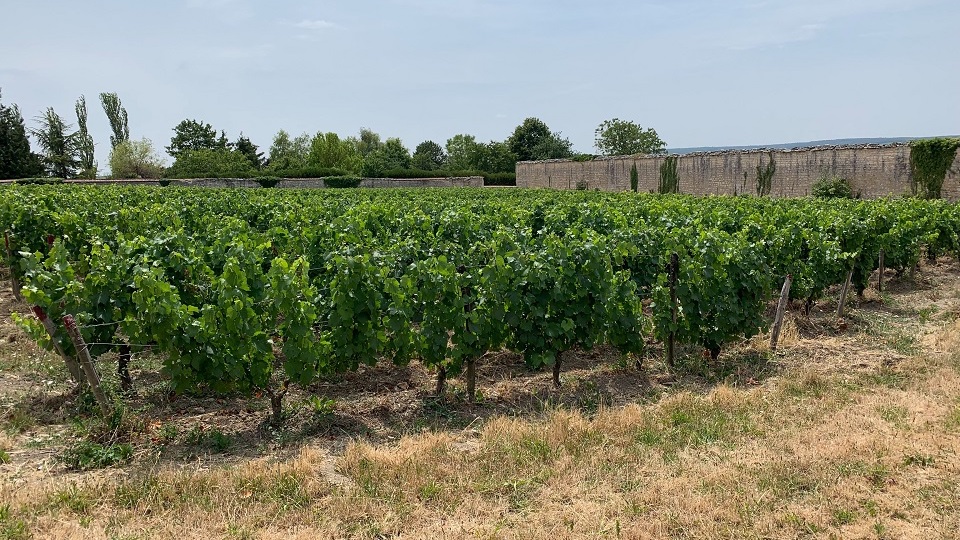 Walled-in vineyards at the Château de Béru, one of Chablis’ re-born estates.

Two thousand eighteen was a totally different beast from the chaotic and traumatic 2017 and 2016 that preceded it. Warm temperatures, dry weather and record-high yields are the story. “We had a lot of rain early on, then no rain until harvest,” Estate Manager Cécilia Trimaille told me Domaine Long-Dépaquit. “We observed some signs of stress in our younger vines, but the older vines were not affected by the heat and drought,” she added. “We started picking on August 30,” Isabelle Raveneau explained. “It was our second earliest harvest. Only 2003 was earlier,” she added. “It is a sunny, warm year,” William Fèvre Winemaker Didier Séguier elaborated. “The key in years like this is to pick early. In the end, 2018 is a ripe year, like 2015 or 2009, but without the excesses of 2003.”

After the challenging 2016 and 2017 vintage, growers welcomed the bountiful 2018. “I’d have to go back to 2004 to see another vintage with yields like we had in 2018,” Lilian Duplessis told me. Permitted yields are 60 hectoliters per hectare for Petit Chablis and Chablis, 58hl/ha for 1er Crus and 54hl/ha for Grand Crus. The 2018 harvest smashed past those limits. At the Villages and 1er Cru levels, growers have the ability to take up to 10hl/ha of excess yields and put them into reserves that can be sold at a later date. But at the Grand Cru level, every drop above 54hl/ha must, by law, be sold off to the distillery. “I have never in my life sent such beautiful wines to the distillery,” Vincent Dauvissat told me ruefully. 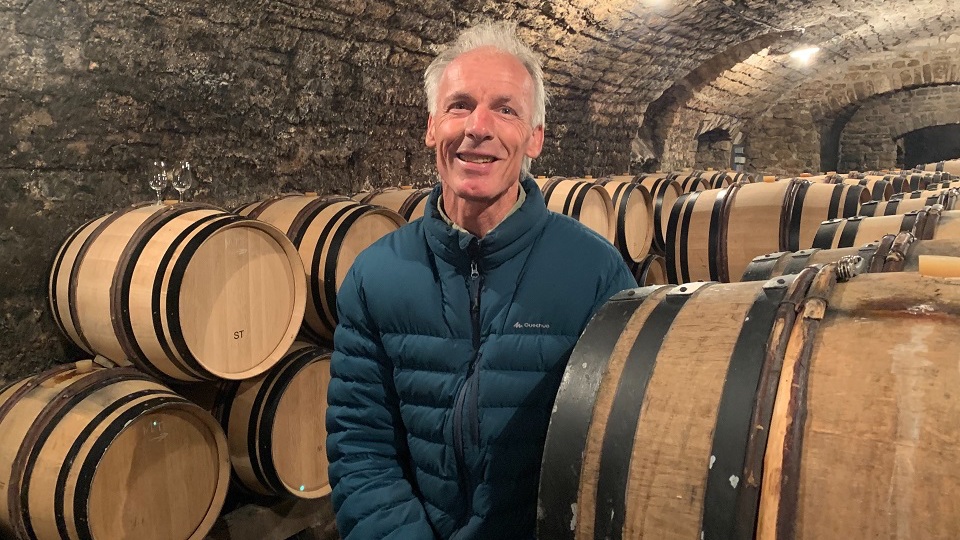 Vincent Dauvissat in his cellars after a tasting of the 2018s and 2017s.

The 2018s offer a good deal of flesh and voluptuousness, especially among the entry-level wines, many of which are more generous and succulent than they often are. That’s not necessarily a bad thing for wines that are meant to be enjoyed on the young side. At the 1er and Grand Cru level things get a bit dicier, as the wines aren’t always as focused as Chablis fans are likely to expect or want. This is especially true of the 1ers and lesser Grand Crus. The very best Grand Crus, well, there is a reason why they have their reputations. The ability to consistently give wines of both quality and site-specific character is what separates the best from the merely excellent. So, in 2018, the top Grand Crus are often compelling, but the lesser Grand Crus and the 1er Crus are variable. There is no getting around the fact that acidities are lower and fruit profiles often lean into the peach/tropical side of the spectrum. And yet, there are plenty of wines that hit the mark, as the tasting notes in this article show. 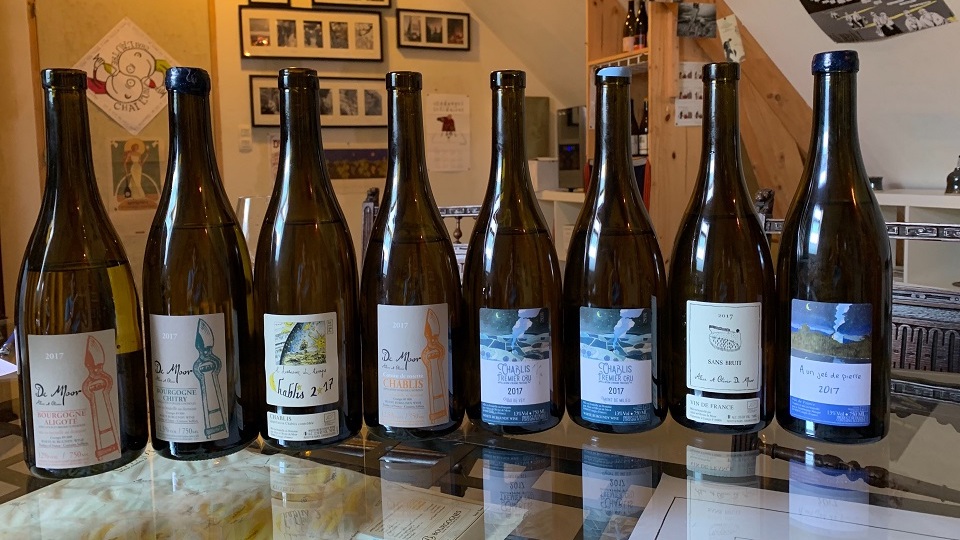 The lineup from Olivier and Alice DeMoor. These are consistently among the most alluring wines in all of Chablis.

Two thousand-seventeen will be remembered as a freakish year with a number of exceptional wines, but tiny production. One of the defining moments of the year came in mid-April, when a prolonged bout of very cold weather, as long as eleven days in some places, wreaked havoc in the vineyards. As readers will see in the tasting notes, plummeting temperatures and frost took with them a significant portion of the crop in a number of vineyards. In 2016, the Grand Crus were largely spared. That was not the case at all in 2017. Frost hit the Grand Crus, in some cases severely. For many wines, production was sharply curtailed, while some were not bottled at all. From there, the remainder of the growing season, which is to say most of it, was relatively uneventful. Growers reported clean fruit and no real issues during harvest.

In tasting, the 2017s show terrific energy and the site-specific character that makes Chablis one of the world’s most transparent and nuanced wines. Although yields are low, in some cases shockingly low, the wines don’t come across as especially concentrated. It is a vintage of tremendous appeal for the Chablis lover, and one I personally like very much. 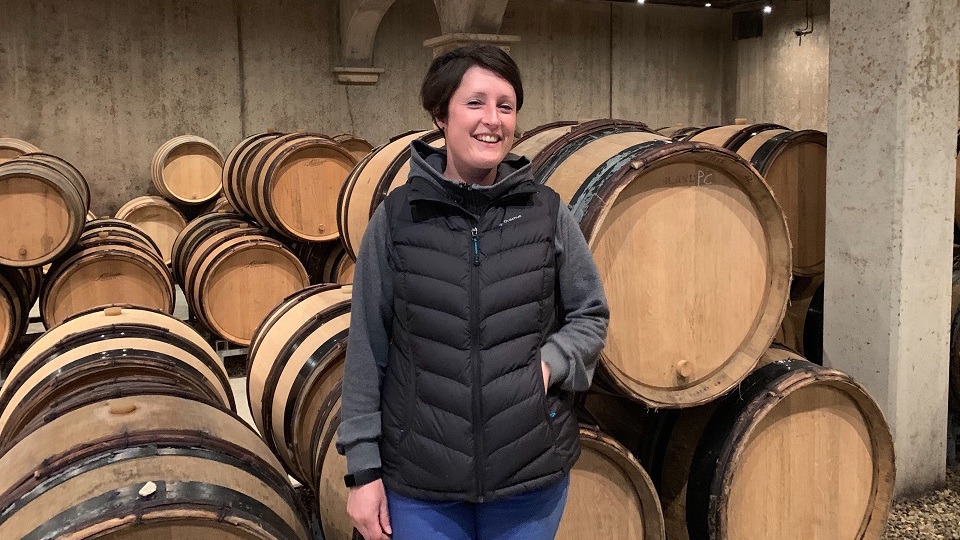 Isabelle Raveneau in the newer part of her family’s cellar.

When I first started buying and drinking Chablis, 15-20 years ago, the region was known for wines of laser-like focus and searing acidity. The wines were often painfully austere when young. That is hardly the case today. Largely because of climate change, young Chablis is more accessible than ever before. Leaving aside the odd vintage, I don’t really see that changing going forward. At many points during my tastings for this article, I was amazed by the number of wines that were almost Meursault-like in their flavor profiles and structural feel.

Chablis is one of the real jewels in wine. Unlike the Côte d’Or and Bordeaux, it has largely managed to avoid big outside investment and remains pretty much as it always has been, a small quaint village in France. There is something incredibly genuine about the wines, and the people who make them. Sure, at times Chablis can feel a bit insular, but that is part of its undeniable charm.

From the standpoint of the wine traveler, Chablis has so much to offer. Frequent complaints include the lack of good hotels and restaurants. It’s true, the selection of both is limited. But, that, too, is part of the deal. On the plus side, visitors will find even the most coveted wines on restaurant lists, always at markups that will inspire a reaction somewhere between “how much of this can I order?” and “I can’t believe how much I pay for these wines back home.” I can’t encourage readers enough to explore Chablis for themselves. 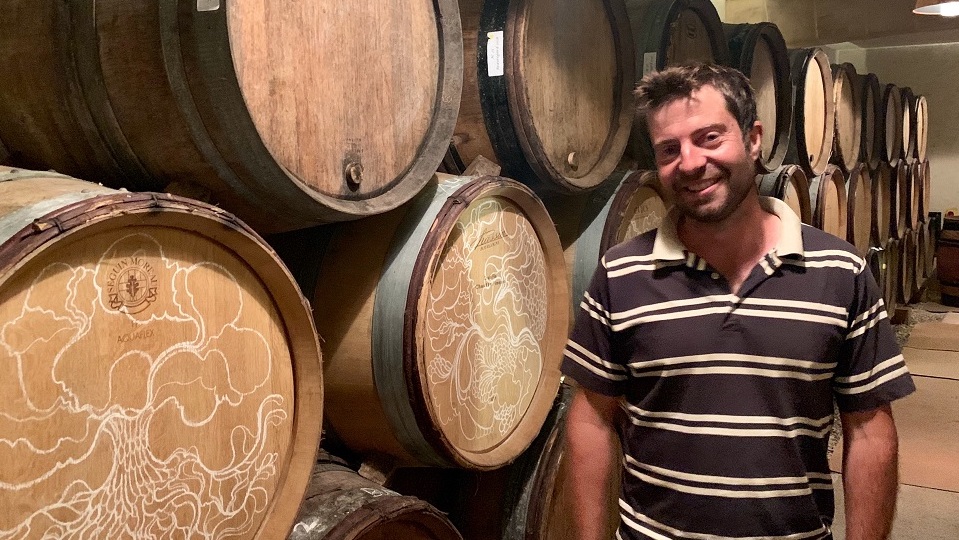 Thomas Pico among numerous artistically decorated barrels in his new cellar in Courgis.

I tasted all of these wines during a week I spent in Chablis in July 2019. I would have very much liked to get this article into your hands much sooner. As readers may have seen in some of my other recent articles, severe flooding over the summer caused major damage to my home (where I have not been able to live since July) and also delayed a significant portion of my writing and publishing schedule. As an aside, I am now an expert on a number of topics I knew absolutely nothing about six months ago. Please note that will be adding a few dozen reviews to this article over the next few days.