I have had many memorable tastings at Roederer over the years, but this vertical of Cristals from the 1970s might go down as the most remarkable yet. For the occasion, longtime Chef de Caves Jean-Baptiste Lécaillon pulled out all of the Cristals of the 1970s, nine wines in total, all of which we tasted from the original disgorgements. The wines were moving for their extraordinary beauty. Like many Chefs de Caves, Lécaillon considers the 1970s the last decade of Champagne as it once was, before a wave of modernization swept the region beginning in the 1980s. One of the biggest changes during this inflection point was a significant increase in production that was brought on by new, higher-yielding clones.

First created in 1876 as a special high-end cuvée for Tsar Alexander II, Cristal is one of Champagne’s most iconic wines and Roederer’s flagship. The distinctive transparent glass bottle (originally lead crystal) adds to Cristal’s allure. In most vintages, Cristal is approximately 60% Pinot Noir and 40% Chardonnay sourced from a collection of estate vineyards in Verzenay, Verzy, Beaumont-sur-Vesle, Aÿ and Mareuil-sur-Aÿ for the Pinots, and Avize, Mesnil and Cramant for the Chardonnays. 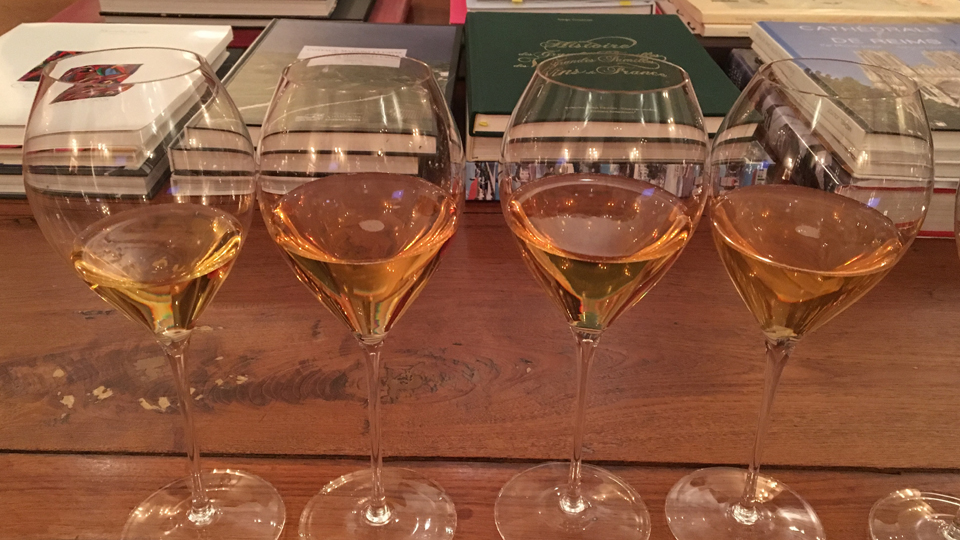 Proprietor Jean-Claude Rouzaud, who oversaw winemaking until the late 1980s, bottled Cristal nine times during the 1970s, more than any other decade in recent history. In the 1970s Cristal was mostly fermented in steel, with a small amount of wine (around 10%) that was vinified in oak. The exception is the 1970, which was done entirely in oak. None of the 1970s Cristals had any malolactic fermentation, which is one of the factors that contributes to how well the wines have aged. Malolactic fermentation would not be introduced at Roederer until the 1980s. The 1970s Cristals were all aged on crown cap, with the exception of the 1970, which was aged on cork. The fermentation and aging of the 1970 make it gateway to the 1960s, another decade in Champagne’s Golden Era. Dosage was around 12 grams per liter, higher than the 8-9 that is common today, which also helped the wines age gracefully in bottle. For more on Roederer’s history, Jean-Baptiste Lécaillon’s background other recent developments, including Roederer’s transition towards biodynamic farming, readers might want to revisit Roederer Cristal Rosé: A Journey Through Time 1976-2007. 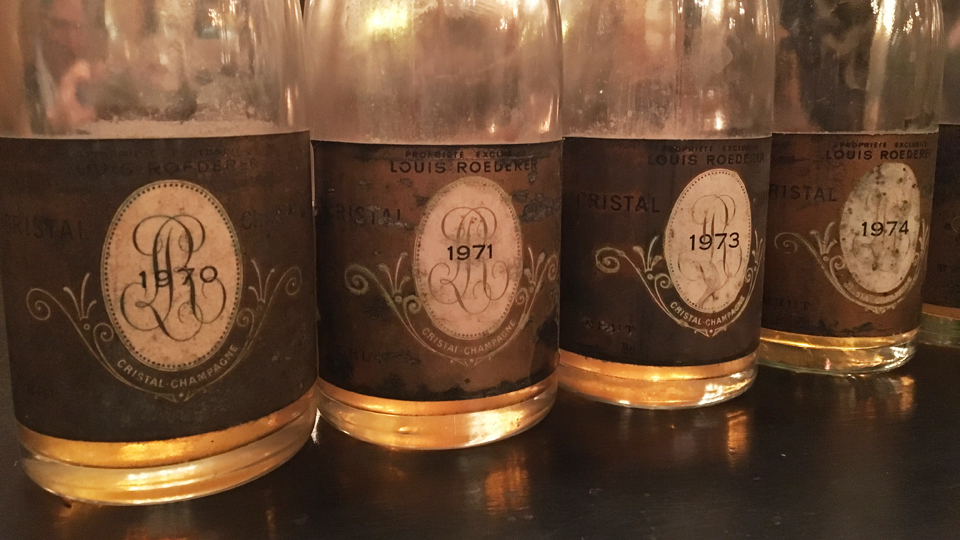 This vertical of 1970s Cristals opens with the 1979, a Champagne I have been fortunate to taste and drink on several occasions. When the 1979 is on, it is an astonishingly beautiful wine, as it is on this evening. A rush of aromatics makes a strong first impression. Vivid and totally arresting, the 1979 possesses remarkable depth and sheer vinosity. Hints of caramel, orange peel, spice and cinnamon give the wine a decidedly exotic flair. Over the last few years, the 1979 has lost a bit of the freshness it showed as recently as a few years ago, but it is nevertheless a stunning bottle. The wine’s textural silkiness and finessed mousse reinforce an impression of sublime elegance. The 1979 is utterly spellbinding. It is also the most elegant wine in this tasting. One of the all-time great vintages, the late-ripening 1979 produced a crop of striking Champagnes that have aged impeccably. Cristal is one of the two or three most profound wines of that year. 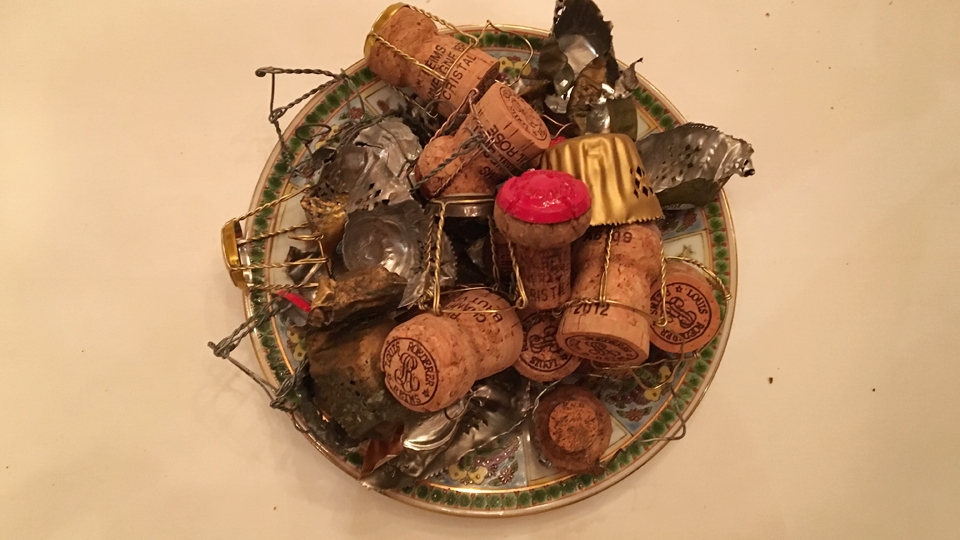 The 1978 Cristal is another drop-dead gorgeous beauty. Ample, full-bodied and intense, the 1978 is endowed with magnificent depth and overall intensity in all of its dimensions. Apricot jam, candied orange peel, crème brulée, caramel and rosewater are some of the signatures, but it is the wine’s sheer power, baritone-like depth and exotic, almost tropical profile that are most impressive. It is easy to overlook the 1978 Cristal in this tasting, but it is a wine that deserves considerable attention. The 1978 Cristal is now fully mature, but it is nevertheless profoundly beautiful today. A late-ripening year, 1978 was marked by high disease pressure, low yields and October harvest. This is the best bottle of the 1978 I have ever tasted. One of the surprises in this tasting, the 1977 Cristal is shockingly beautiful. Delicate and gracious in the glass, the 1977 is a bit slow out of the gate, but then gains freshness and focus with air. Candied orange peel, hazelnut, dried flowers and dried herbs give the 1977 its striking aromatic lift. Wonderfully alive and nuanced in every way, the 1977 is formidable tonight. I don’t see the 1977 developing much from here, but it is undeniably gorgeous right now. Above all else, the 1977 offers superb persistence and mind-blowing finesse. In a word: sublime. 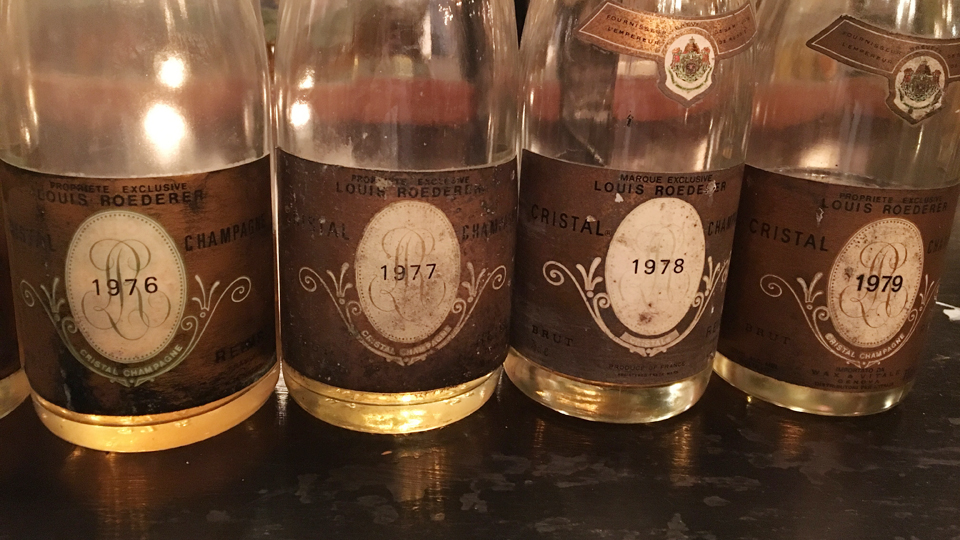 The hot vintage notwithstanding, the 1976 Cristal comes across as remarkably lifted and light on its feet, with a gorgeous sense of translucence to play off the rich, deep fruit. Fully mature but also with enough freshness and energy to drink well for a number of years, the 1976 has it all. Wild flowers, mint, honey sage and orange peel are some of the many notes that shape the wine. Although splitting hairs at this level, for my taste, the 1976 is a bit heavy and ripe. There is no mystery. The 1976 gives up all of its (considerable) charms easily. That is not a bad thing, but I find a bit more elegance and nuance in some of the other vintages in this tasting. One of the most celebrated Champagne vintages of the 1970s, 1976 is remembered for very hot conditions that resulted in short growing season and a very early harvest. The 1975 Cristal is sublime. The bubbles have largely subsided. What remains is an utterly exquisite Champagne. Concentrated, powerful and vinous, for its age and vintage the 1975 simply has it all. Orange marmalade, spices and dried flowers add intrigue throughout. The 1975 is a very pretty wine, but it loses some intensity with air. Any remaining bottles are best enjoyed over the next few years.

One of the most extraordinary wines in this vertical, the 1974 Cristal exudes class and balance. It is yet another wine that has aged beautifully. Nothing is out of place. Deep, rich and voluptuous in the glass, the 1974 is explosive and intense, with a level of pure pedigree that is impossible to miss. Even after all these years, the 1974 is powerful, dense and super-concentrated, much like the 1976, but with more freshness and none of the heaviness found in that wine. Tasting the 1974, it is hard to believe that rain and rot were both challenges during harvest. Cristal seems to have come through just fine. Incidentally, 1974 also marks the debut of Cristal Rosé. The 1973 Cristal is rich, sumptuous and lush on the palate. Fully mature and yet marvelously intense, the 1973 possesses remarkable depth for a wine of its age. The 1973 has a little less of everything than the finest wines in this tasting, but its balance is tremendous. 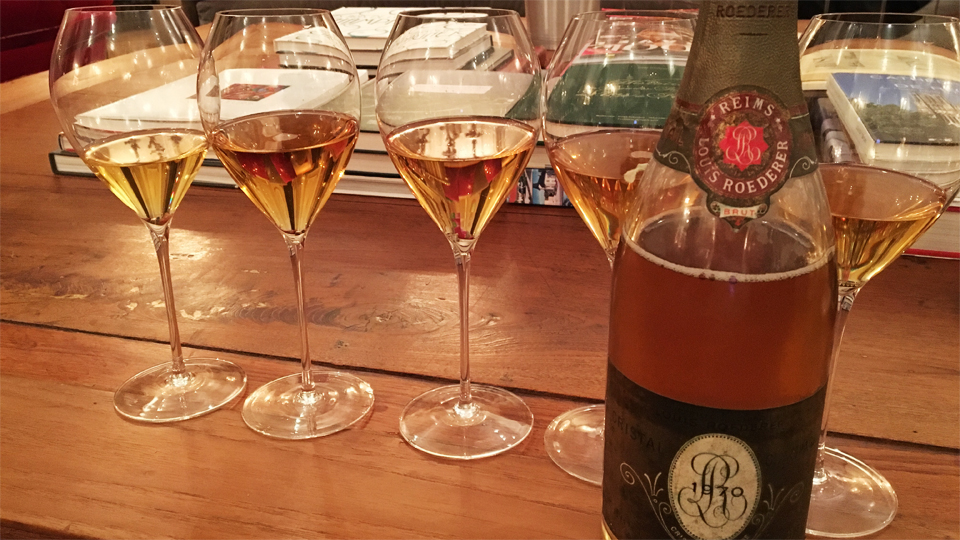 Now gently mellowed by time, the 1971 Cristal is fully mature. Scents of sweet pipe tobacco, ginger, mushroom and caramel give the wine much of its distinct, tertiary personality. A soft, gracious Cristal, the 1971 is best enjoyed sooner rather than later. Despite its considerable palate weight and overall intensity, the 1971 is fading. Given the freshness and overall intensity of the other wines in this tasting, I suspect this is a less than perfect bottle. The 1970 Cristal is a wine from another era. It was the last Cristal fermented in oak and also the last Cristal aged on the cork. For those reasons, the 1970 is really a window into the style of the 1960s. The aromas alone are captivating. Silky and nuanced, with phenomenal balance, the 1970 offers extraordinary poise and class to burn. What a treat it is to taste the 1970 from a pristine bottle. Even after going back to some of the younger vintages in this tasting the 1970 holds its place as one of the top wines of the night. There is something emotionally thrilling about the 1970 that is hard to capture with words, but it’s all there in the glass. Readers lucky enough to taste the 1970 are in for a real treat. I can only hope I will get another opportunity someday.