The Judgement of Clapham Junction

At this year’s annual "Southwold" tasting, one unmistakable voice was missing. That voice, which might be described as “received pronunciation with occasional stutter”, would often be heard defending wines being given a rough ride by the more “pugilistic” members of our tasting group.

“Well, I think you’re being unfair,” that voice would pipe up. “I think they’re jolly good wines.”

That voice belonged to Steven Spurrier. Last year, Spurrier joined the fine wine bacchanal up in the sky, where I imagine he is still diligently jotting tasting notes, defending downtrodden wines, chewing the fat with Broadbent and engaging in conversation with any young person with the smallest interest in fermented grape juice. That’s how Steven was. 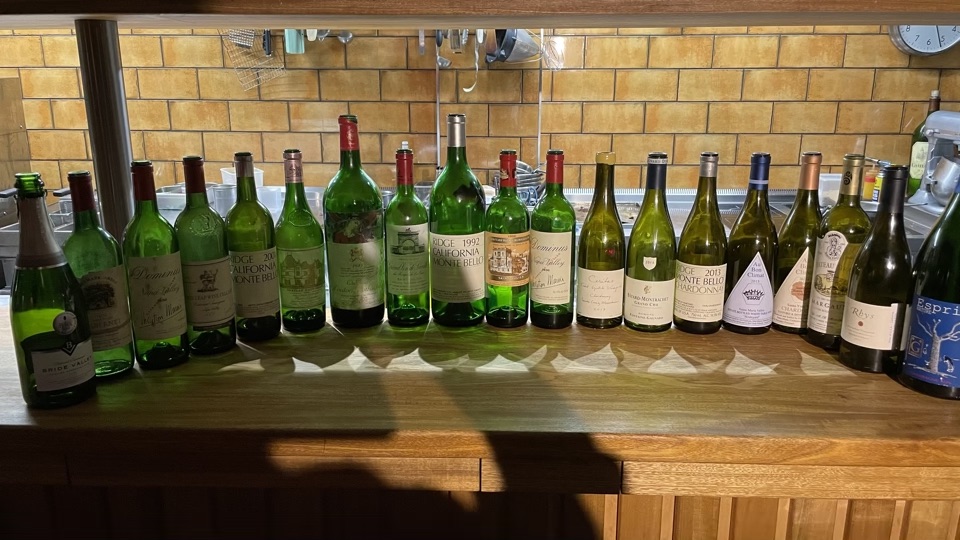 We wanted to celebrate his extraordinary life, and extraordinary is no exaggeration if you read his biography (I am still gobsmacked to read how he came downstairs at his London apartment to find Jimi Hendrix.) So, this year we re-enacted his legendary Judgement of Paris tasting in order to raise a glass and drink copious amounts of delicious wine.

Convening at the outstanding Hatched restaurant in Clapham Junction after a full day  tasting 2017s, each person contributed a bottle from either the Old or New World. Today, the landscape of wine is unrecognizable compared to that of 1976, when the Judgement of Paris took place. Unwittingly, that tasting shifted the axis of wine appreciation. I feel it is sometimes misconstrued as California triumphing over Bordeaux. If you examine tasters’ scores, France did not perform badly. The ripples came from the unanticipated result, at least for the French tasters, that proved California was producing wines just as good as – and occasionally better than – classic French regions. It proved that history, high prices and let’s be honest, a bit of Gallic snobbery, did not guarantee superiority. The Judgement of Paris had the same effect as punk music. The Sex Pistols’ Anarchy in the UK was released only six months after Spurrier’s tasting and changed people’s mindset, inspired a new generation to just get up on the stage, make a noise and pursue their dreams. Likewise, the Judgement of Paris gave notice that fine wine was not exclusive to Bordeaux or Burgundy and their roll call of famous names and expensive bottles. If you have the right bit of land and a decent winery, along with talent and a hard-work ethic, then there is nothing to stop you from making world class wine, wherever you are.

Forty-five years on and both regions produce their share of wonderful wines. On this night, both France and California were victors. There was no versus, just a celebration of the diversity wine-lovers now enjoy. 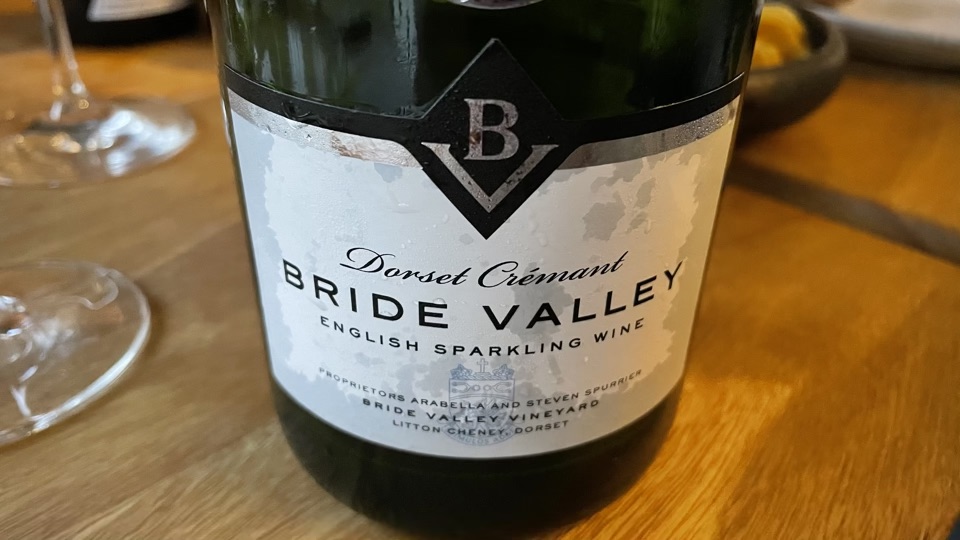 We made sure that most of the reds had some bottle age to make it fair. We commenced with a bottle of Spurrier’s own sparkling wine, a Dorset Crémant from Bride Valley Vineyard, a racy and quite malic splash of English fizz that is rather excellent and certainly refreshing.

There were numerous highlights in the flights that followed: the Burgundy doppelganger that was the 2017 Chardonnay Horseshoe Vineyard from Rhys or the complexity of the sensuality of the 1985 Cabernet Sauvignon SLV from Stag’s Leap. The 1986 Léoville Las-Cases, a wine that I have tasted numerous times and always came away thinking it was too young, finally suggests that the tannins have softened. I can understand why Michel Delon thought it was better than the 1982…because it is better than the 1982 (recently tasted incidentally). This was preferable to the 1985 Mouton-Rothschild that came in a splendid magnum. The 1985 has one of my favourite artist labels, but unfortunately, that could not prevent it from showing a bit of TCA. However, I had recently been reacquainted with an ex-château bottle at a dinner in Bordeaux, and it is from there that I reproduce my note. The magnum of 1992 Monte Bello from Ridge Vineyards held its own against the aforementioned Saint-Julien, youthful, complex and complete. We did not have any bottles from the original 1976 tasting, which would have been fun, though we were offered a 1971 Martha’s Vineyard by a benevolent friend of Spurrier’s. Instead, they donated a 1971 from Freemark Abbey since the 1969 was poured at the original event (and received the lowest average score!). It was a little fatigued after almost half-a-century but still offered vestiges of pleasure. 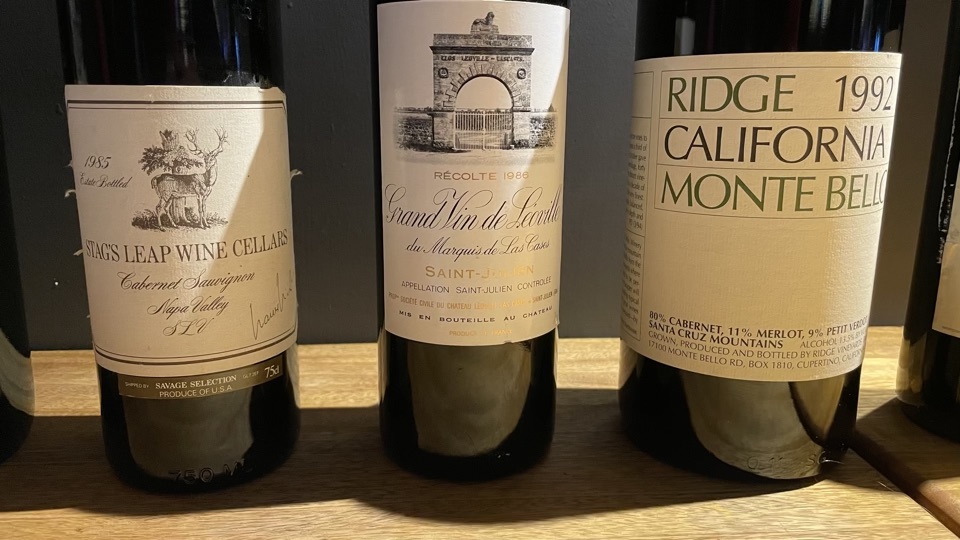 Old World? New World? Who cares when wines are the quality of these three beauties.

I must mention my own contribution, which was a bottle of 1980 Siran. Edouard Miailhe had sent this unusual vintage earlier in the year, advising that I should try it, since he found it surpassed the vintage’s reputation. Amongst such esteemed vinous company, it was a risk sharing it with some of the most seasoned and critical palates in the business. But it easily held its own; the 1980 is a lovely mature Margaux, certainly not frail nor green, pretty and still exhibiting light floral scents.

I am going to leave it there for now as the notes say it all. The food at Hatched restaurant was extraordinarily good, as it always is at this under-the-radar restaurant. On this evening, I focused on the wine and I plan to return to Hatched for a Vinous Table article because Shane Marshall’s cooking is brilliant. 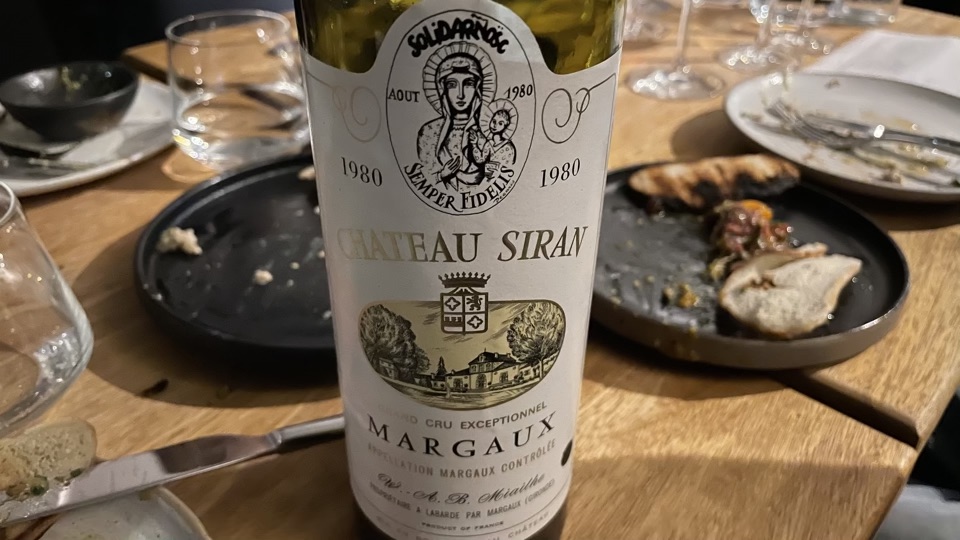 For now, we all raised a toast to our departed friend. It is quite amazing to think how, on this evening, we all enjoyed brilliant wines from the Old and New Worlds. However, we could trace a line all the way back to that fateful tasting that Steven Spurrier organized in Paris some 45 years ago. I wonder if he could have imagined back then that a similar tasting would have commenced with an English sparkling wine, not least his own English sparkling wine.

So, raise a glass to Steven Spurrier…the Johnny Rotten of wine writers!