My abiding memory of my first trip to Brixton is ordering KFC through bulletproof glass. I am not sure how many times a gun-wielding hoodlum feeling a bit peckish smashed his way into KFC yelling: “Two-piece traditional meal deal with fries...or your life” but better to be safe than sorry. In those days Brixton was a no-go zone unless you wanted to score drugs or like myself, wanted to see your favorite band at Brixton Academy. Brixton could be dangerous and so of course, as a thrill-seeking teenager, I absolutely liked going there.

In the last two decades, Brixton has been spruced up and undergone gentrification, although far less than sterile postcodes elsewhere. Though Brixton is much safer, thankfully it has kept its edge. Less self-knowing than the narcissistic East End, it is a vibrant, visceral place that epitomizes everything great about city life. It has also become one of the most genuinely exciting places to eat and drink in the capital, far more interesting than over-priced, touristy central London. Its multi-cultural society has fostered a rich variety of cuisines that cluster together in street markets, pop-up kitchens and restaurants. In terms of value, Brixton is up there among the best, a veritable spawning ground for many aspiring young chefs (I remember dining at Kricket when they operated out of a converted shipping container – now it has several successful branches.) Brixton has resisted the inexorable corporatization of London as best it can and whilst it will not last forever, unlike other areas, its soul remains intact. 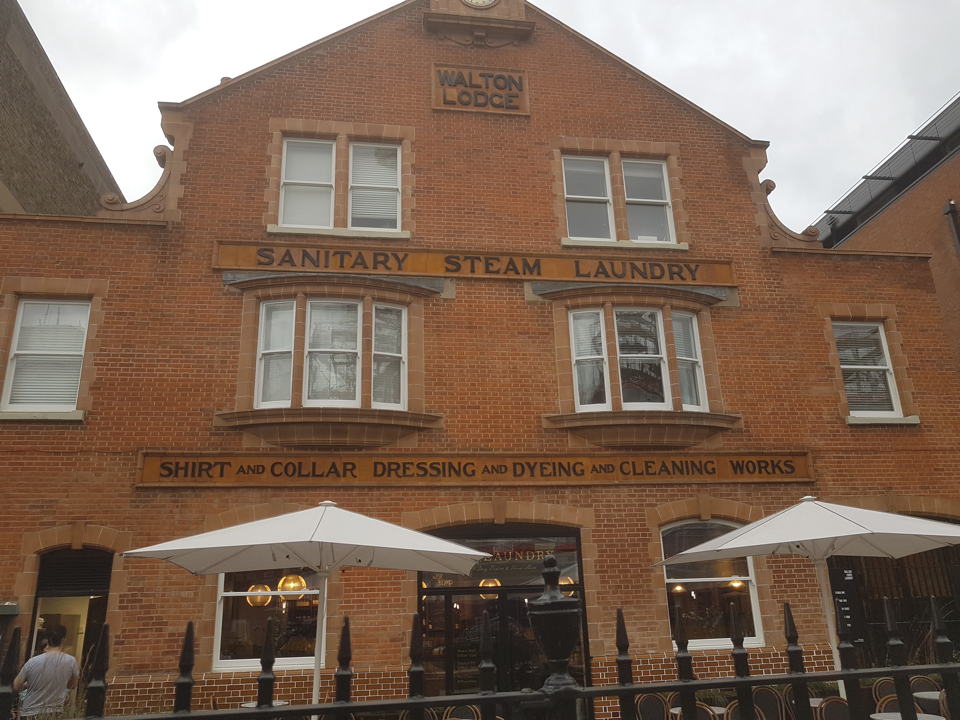 The facade of the Brixton Laundry.

One of the latest openings is Brixton Laundry in Coldharbour Lane, just a five-minute walk from the tube station. It is part of a new wave of restaurants that cares little for haut cuisine, expensive ingredients to justify a whopping bill, flashy interiors draped with garish modern art or a celebrity chef presumably at the stove but more likely filming at the BBC. Michelin stars? That’s not their raison d’être. It’s about good vibes, great atmosphere and what’s on the plate: delicious, simple food you would want to eat again. It’s about well-chosen wines with a sprinkling of a few fancy labels catering for the oenophile, but not forgetting the let’s-get-this-weekend-started house wine for those seeking intoxication. I visited Brixton Laundry less than a week after the much admired and wine-friendly Gezellig in Holborn suddenly shut its doors. Gezellig was a great restaurant in the wrong location, and it ultimately paid the price. Conversely, Brixton Laundry is supremely well positioned in a gorgeous red brick Edwardian former steam laundry that overlooks one of the most bustling streets in South London. Footfall. It can make or break you. Unless you are some superstar chef opening a destination restaurant, then you need people walking by and thinking: “I fancy a bit of that”. Wisely, Brixton Laundry is open throughout the day serving breakfast, lunch and dinner, or you can just pop in for a coffee or a swift half. This multi-purpose approach is becoming increasingly important, for the harsh reality is that for all the multitude of restaurant openings, there’s also a multitude of closures. 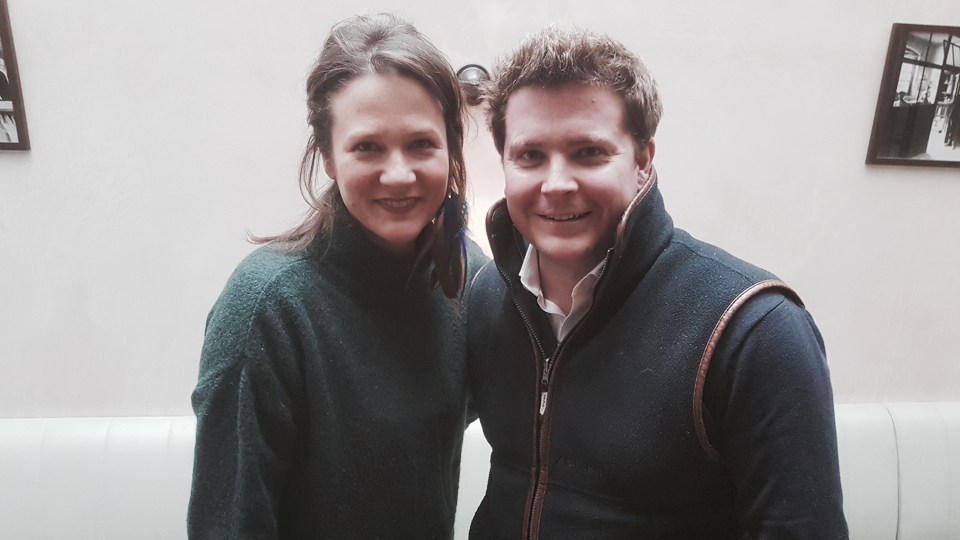 Melanie Brown and Gareth Birchley. Brown confessed that opening a new restaurant has been a gargantuan task, but more rewarding than she anticipated. Birchley chips in with the fine wine selections and washing up.

The person behind Brixton Laundry is Melanie Brown. I was already acquainted with Brown since she promoted and distributed New Zealand wines in the UK for several years. Gareth Birchley, whose background is with fine wine merchants, is responsible for the fine wines, while Alex Kokott is the head chef. Brown told me that menu is based around “An Old World brasserie with a New World spirit”. Initially the plan was to offer a varied and eclectic wine list with an emphasis on mid to upper-priced bottles luring wine-lovers and those with inquisitive palates. This template is nothing new and often stems from backers and/or founders who come from the wine industry - a bubble where the world spins around fermented grape juice.  It is easy to become hermetically sealed off from the painful truth that as much as writers and merchants encourage open-minded and adventurous wine consumption, most people are conservative in their choices or they are reluctant to spend the minimal amount or don’t care for wine at all. Recognizing this early on, Brown slimmed down the fine wine selection to a couple of dozen interesting, mature bottles handwritten in a dinky leather-bound book. The reality is that 80% of customers just want a cheap bottle of Picpoul de Pinot. They are not craving that natural wine from Etna or dusty bottle of ‘85 Chambertin. We might not like it, but giving the masses what they want keeps you in business and essentially underwrites those who want more interesting or expensive bottles. 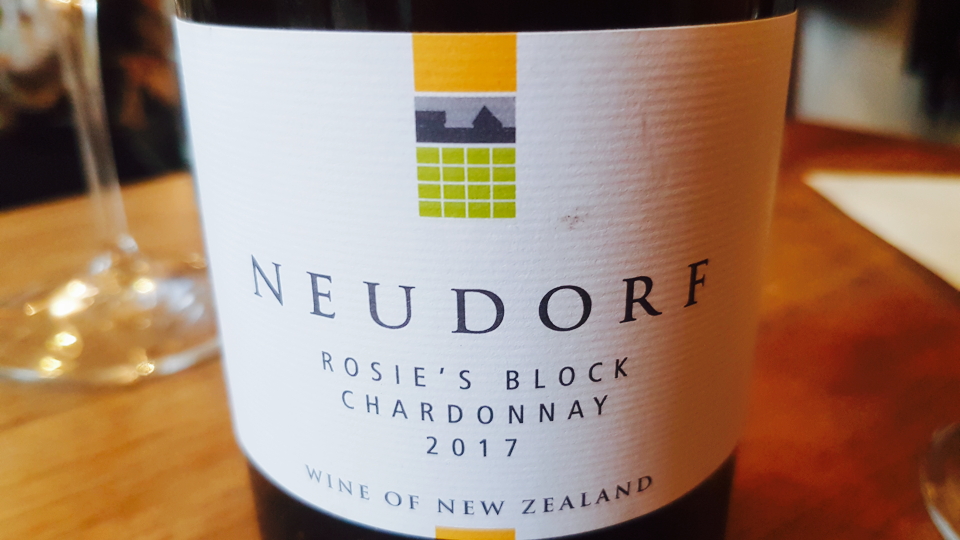 As such, I had an outstanding 2017 Rosie’s Block Chardonnay from the ever-reliable Neudorf in Nelson, New Zealand. It sports wonderful brightness on the nose with fresh apricot, orange rind and just a hint of elderflower that is vibrant and well defined. The palate is well balanced, with a crisp seam of acidity, discrete tropical fruit and a focused, vibrant finish that is steelier than the aromatics imply. It was an absolute delight. 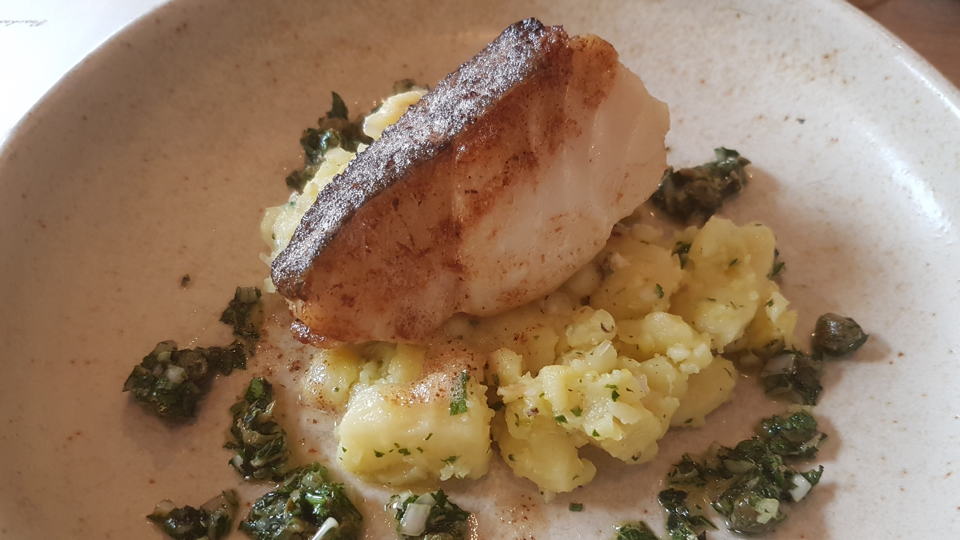 The menu is straightforward, bloody delicious and less than 10% of the price for a set menu at Araki two days earlier. My pan-fried Cornish cod, served atop flavor-rich crushed potatoes and a tangy salsa Verde, was perfectly cooked and seasoned. 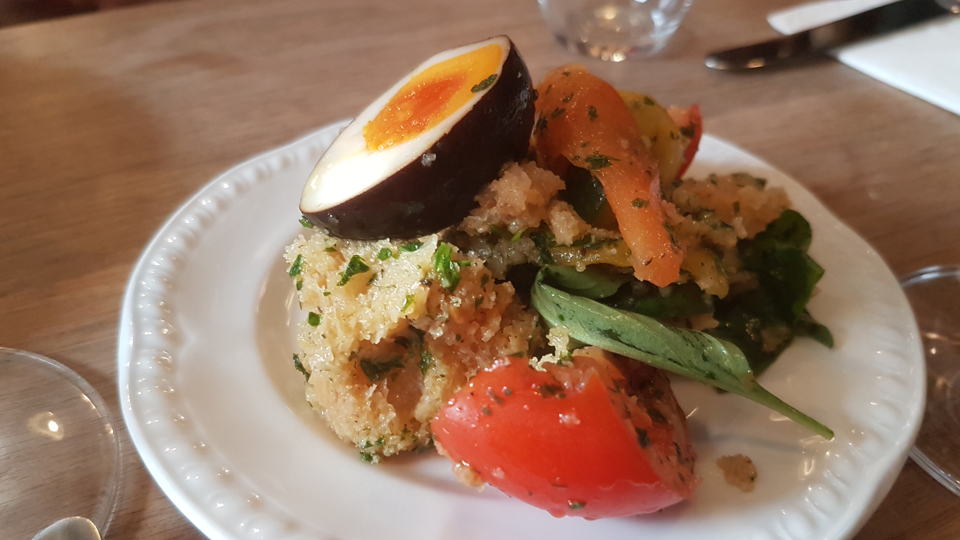 We shared the Panzanella salad, which was delicious, the tomatoes beautifully ripe. I finished with the chocolate, almond and orange torte with clotted cream ice-cream. Yes, it is the kind of dessert that is banned from my post-surgery diet, but hey, you are allowed the occasional indulgence. It was worth the naughtiness, the gooey chocolate just gorgeous, its sweetness counterbalanced by the bitterness of the orange, whilst the clotted cream ice-cream was as good as it reads. My penance for this dessert was that I walked home from the train station and skipped dinner. 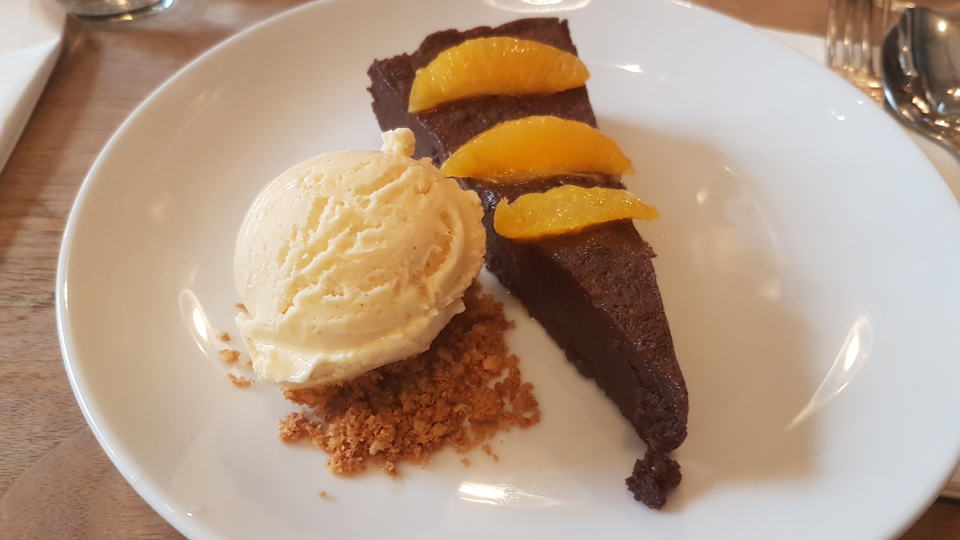 Brixton Laundry is a welcome addition to the London dining scene south of the river (and I might be biased, but it has always preferred it to the north.) It has the casual ambiance of a traditional pub where you can drop in at your leisure, but raises its game thanks to great cooking and far more interesting wines than you would find at a similar establishment, which is why I bring it to your attention. Who knows? Maybe in a few months the masses will reject their Picpoul de Pinet and demand a higher caliber of fermented grape juice. And you know one advantage? You don’t have to place your order through bulletproof glass.