This dinner last December at CORE by Clare Smyth was one of the best meals I have had in a very long time. From start to finish, everything was as close to perfect as it could have been. I can’t remember the last time I felt like I did not want to leave a restaurant. Literally. I could have spent the entire evening at CORE and been totally happy. It was that great.

Readers will notice that this is our first Vinous Table since lockdown took hold of the world in March. Now that restaurants have begun to open, it feels like the right time to start writing about them again. Restaurants are a vital part of our cultural and social fabric. They are where we meet friends and loved ones, where we celebrate personal milestones and achievements, and where so many families earn their incomes. It's great to see that Core by Clare Smyth has re-opened.

London is a very special place. I first visited as a child with my parents and was immediately struck by the city’s visual and cultural landscape. Later I spent time with my grandparents at their flat in Sloane Square, long before that neighborhood became trendy, exploring the city and all it had to offer. Being in London always brings back a lot of memories.

CORE by Clare Smyth is located in Notting Hill, a part of London that feels distinctly residential and far calmer than the heart of central London. That theme carries through to the restaurant itself. A small bar area leads to a semi-open kitchen with dramatic sliding glass doors. Clare Smyth greets us before we are brought over to our table. Although the dining room is small, tables are set far apart, no doubt a benefit these days. The ambience is magically formal, relaxed and cozy at the same time. Likewise, service is impeccable. Just the right amount of attention, never too much. At one point, I did pour our wine before the bottle was quickly snapped out my hands, but nicely. 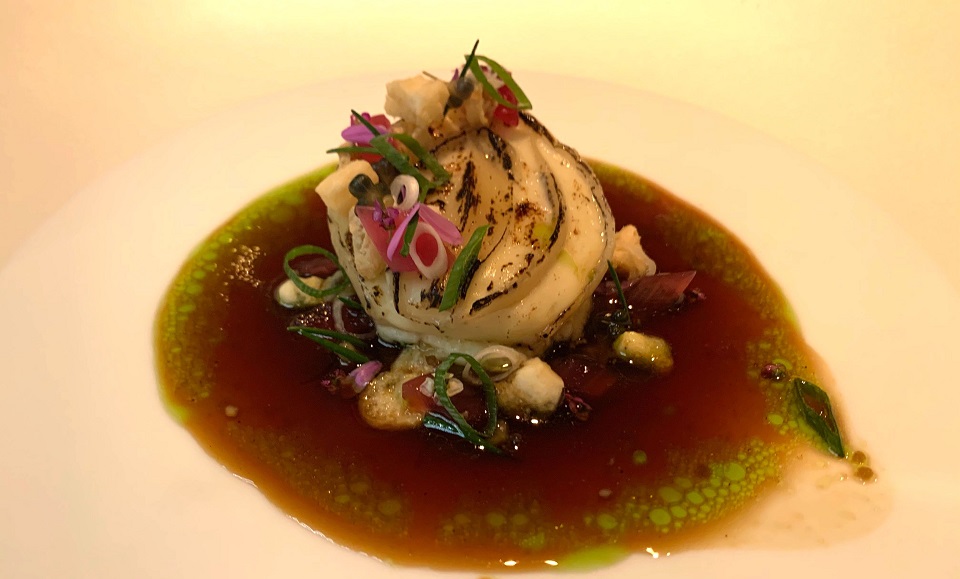 Clare Smyth is one of the most decorated chefs in the UK. She rose to prominence at Restaurant Gordon Ramsay, where she became the first woman to run a three-star Michelin restaurant in the UK and was later made a Member of the Order of the British Empire (MBE). Her resume is littered with stops at some of the world’s greatest restaurants, including The Fat Duck, Waterside Inn, Le Louis XV, Per Se and The French Laundry. With that sort of pedigree, it is hardly a surprise Smyth chose to strike out on her own. At CORE, Smyth offers cuisine that is inspired by the natural bounty of UK farms and food purveyors. There are three tasting menus: the three-course option is £105 per person at dinner (£85 at lunch), while the more expansive Core Classics and Core Seasons menus are offered at £135 and £165 respectively.

My feelings about the wine program are mixed. Given the precarious state of restaurants right now, I find it difficult to be overly critical. But there is no getting around it - the wine list overseen by Head Sommelier Gareth Ferreira is pricey and markups are high. The simple reality is that, while high-end restaurants may be glamorous, they are brutally hard to operate. Even in the best of cases, food margins are razor-thin. Wine and liquor essentially keep restaurants in business. That’s just the way it is. Fair enough. Corkage is not allowed at CORE. That bothers a lot of my London wine friends more than it bothers me. If I want to drink my own wines I can do that at home. I always look forward to the opportunity to taste something new. The list at CORE feels like it is stuck in an uncomfortable middle ground. It is not large enough to be super-comprehensive, as for example was the list at Daniel Humm's Davies and Brook when it opened at around the same time of this dinner, and it is not quite curated enough to offer compelling selections at all price points. All of that can be easily addressed, and I hope it will be. Who knows what is going to be possible in this world going forward. Large wine lists may not even be economically viable going forward. Personally, I would prefer to see a smaller list that focuses on regions whose wines work best with Clare Smyth's cuisine. You can't be all things to all people. That is probably especially true today. 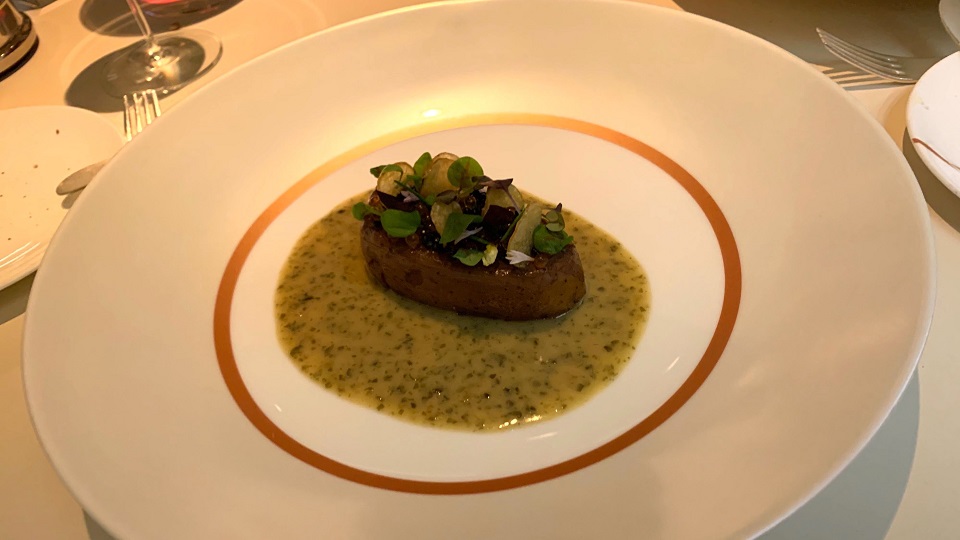 On to dinner. The amuse-bouches alone are fabulous. My starter, Potato and Roe with dulse beurre blanc, herring and trout roe, is presented as an inspiration from Clare Smyth’s Irish roots. The beautifully tender, slow-cooked potato and salty roe play off each other so well. Caviar would have been the more conventional choice, but herring and trout roe feel decidedly more local. It is a suitably rich dish perfect for a cool, rainy evening. The Cheese and Onion with alliums, aged cheddar and onion broth, is even better. I don’t think I have ever had a more delicious onion, and that broth is to die for.

Of the main courses, I prefer the Highland Wagyu Beef and Porthilly Oysters. It’s a stunning presentation. I don’t know it I want to look at it or taste it. The beef is incredibly tender and flavorful, while the oysters are wonderfully rich. The Cornish Turbot with smoked mussels, red apple, cabbage and cider would be the highlight of any other dinner, but here it follows a number of truly sublime dishes. 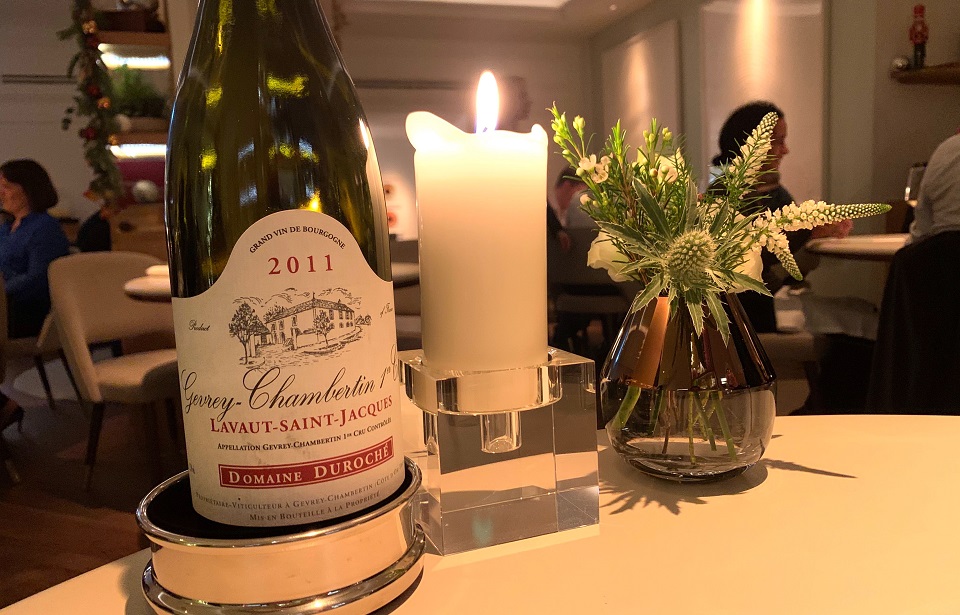 We are in the mood for Burgundy, so Burgundy it is. Duroché's Gevrey-Chambertin Lavaut-Saint-Jacques 1er Cru, one of the domaine's flagship wines, is also one of my favorite wines these days. The 2011 is a bit on the lighter side, with pretty aromatics, mid-weight structure and fine balance. It offers lovely immediacy and plenty of charm, but it is not as complex or deep as the finest editions. Even so, it works beautifully with the food and a real joy to savor over dinner. 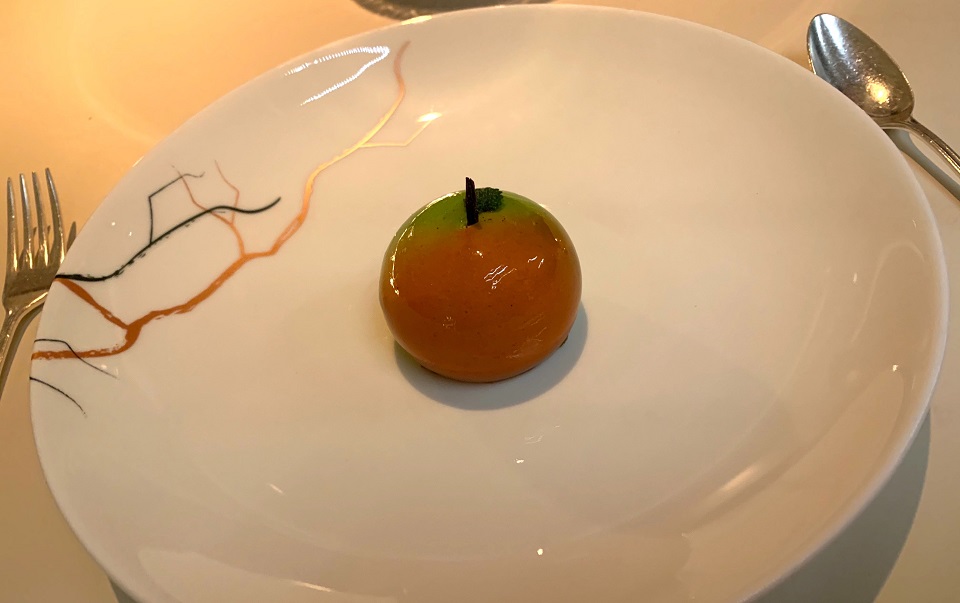 I confess I am not a huge desserts person. It’s not that I don’t like sweets, but rather I feel that desserts in restaurants rarely sustain the level of the savory courses. At Core, the sweets not only do that, but they take the meal into another realm, something that is exceedingly rare. The Core Apple pre-dessert, a faux caramelized apple with a mousse filling, is even more delicious than it is visually striking. The Other Carrot is reference to Smyth’s Lamb Carrot main. The dessert expression of the humble 'carrot' is a sort of deconstructed carrot cake crumble, with a cream cheese filling. Pear and Verbena is simply one of the most arresting, refreshing desserts I have ever had anywhere. Wow is all I can say.

The etymology of the word ‘restaurant,’ first conceived in France in the early 19th century, is ‘to restore.’ That is the essence of what hospitality is all about. As a result of COVID-19, I now have a far greater appreciation for things I may have taken for granted in the past. One of those is restaurants. Some will re-open, but many will not. That includes a number restaurants that have been institutions for years and decades. Do yourself a favor and book a table at CORE by Clare Smyth. You won’t be disappointed. 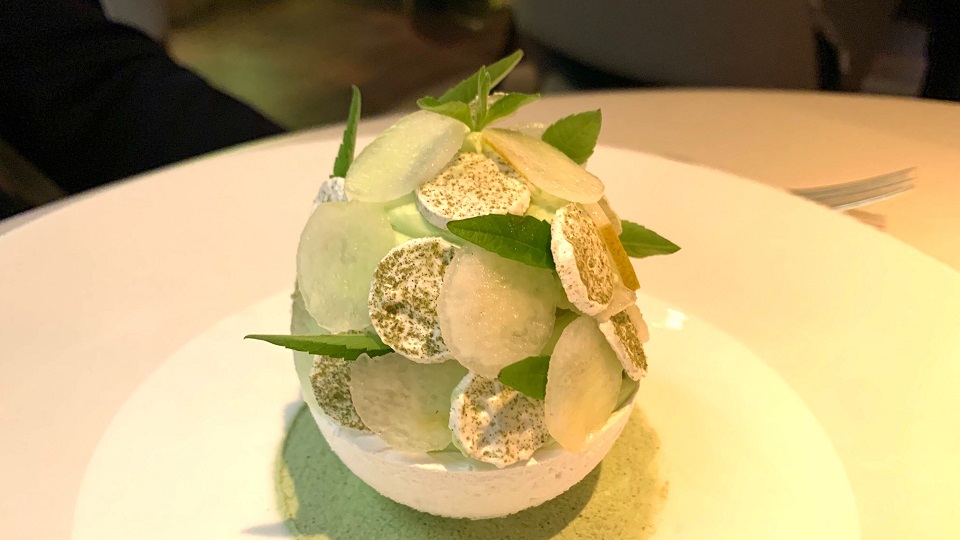