On a recent trip to Chicago to promote my book I hosted old Napa wine dinner at Formento’s in the Fulton Market District. Sommelier Steve Morgan and I selected a handful of beautiful wines that represented several decades of Napa Valley winemaking.

As they arrived, guests were greeted with a glass of the 2009 Chardonnay from Stony Hill, one of Napa’s most historic white wine producers. Founded in the 1940s at a time when there was hardly any Chardonnay in the state, Stony Hill has distinguished itself not only by being an outpost of white grapes in Cabernet country, but also through the unchanging style of their wine. Picked at moderate ripeness, fermented in rather old barrels, and bottled with blocked malolactic fermentation, these wines tend towards an understated grace in their youth, and often blossom with age. This particular vintage was at a lovely place in its development-- mineral-driven and fresh, with a subtly creamy texture and notes of Meyer lemon and brine. It was a terrific portend of the meal to come. 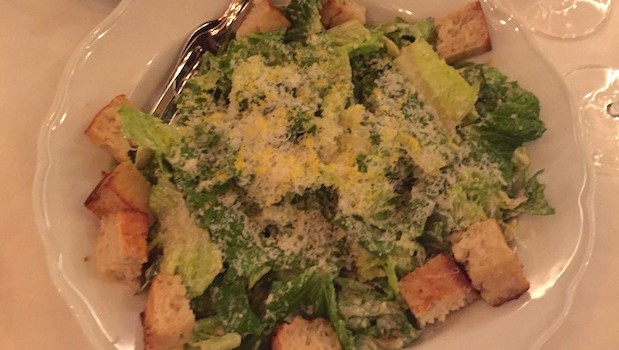 To accompany this wine, Formento’s served two old school hits—Caesar salad and fritto misto. Both were on point and immensely satisfying; indeed, the whole meal was extremely hearty, easy-going, and loaded with nostalgic touches. Morgan smiled when introducing the dishes, describing the house cuisine as an updated version of “your classic fat kid Italian-American comfort food.” The décor was also composed of equal parts comfort and nostalgia. Large leather banquets spread the length of long brick walls, and the old fashioned wood bar was straight out of an old mafia movie—all that was missing was a curtain of cigarette haze and the occasional crack of gunfire. 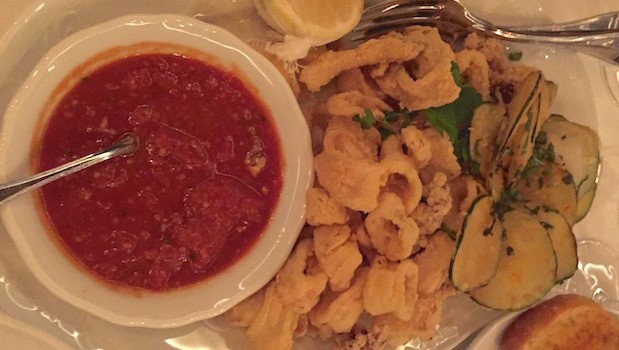 The following six reds were divided into two flights. I elected to serve the older vintages first, in order to end with the Zinfandel. The 1978 Sterling Reserve, which was one of the last vintages crafted by Ric Forman, was superb. Though fully mature, the wine offered plenty of soft, sweet fruit and haunting aromas of sandalwood, seaweed, and crushed flowers. The Groth was as broad and generous as ever, with dark, dense fruit and only a touch of oxidation creeping around the corners. This particular Pahlmeyer is a personal favorite, and is simply stunning in its integrity. Sourced from John Caldwell’s famed Coombsville property and crafted by Randy Dunn, the wine is still quite firm in structure, with a strong vein of pencil lead cutting through the black currant and dried mint tones. Pasta with sausage and Formento’s famous meatballs were served family-style, as the guests traded thoughts on their favorite wines. 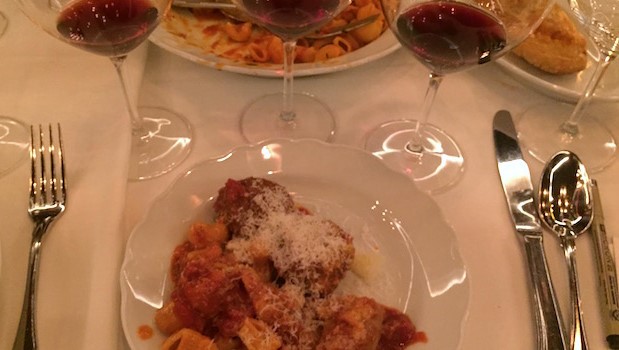 Next came a rather distinctive trio, which was composed of such starkly contrasting wines that the room was divided into camps. Many admired the Fisher for its dark, brooding nature and the savory, industrial tinge to its otherwise sweet fruit. The Europhiles in the room lauded the Heitz, which still had a subtle green quality to its aromatics and a lean, focused texture in the mouth. The Turley had its charms, but its massive alcohol (over 16%!) was overwhelming, and the fruit aromatics tended toward the cooked and dried. Far too luscious for the Branzino and steak, many saved it for the chocolate cake, though I am personally not a fan of red wine with chocolate. 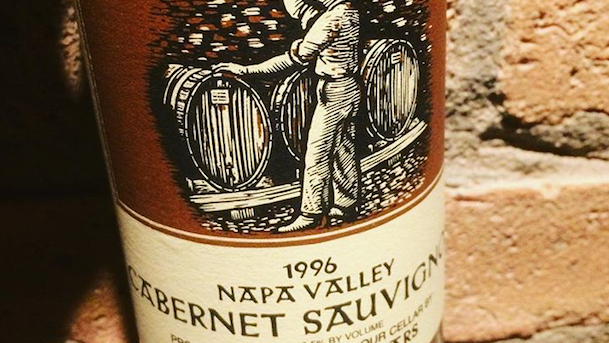 In sum, the meal was a terrific success. The team at Formento’s prepared a delicious dinner served in a relaxed and homey atmosphere. My only regret was not going back a second time to more thoroughly explore Morgan’s remarkable wine list. Though modest in size, around 500 – 600 selections, the list is extremely well-chosen, balancing the familiar and the classic with a touch of the esoteric. Highlights include an intriguing collection of international sparkling wines and a seriously thoughtful ’50 under $50’ section, in which Morgan applies the fine wine chops and an eye for value he has acquired in a career that includes stints at Del Posto, Tribeca Grill and Alinea. This section alone would be enough to keep me coming back to Formento’s if I lived any closer to Chicago. Well, that and the meatballs.